The Justice Department announced the regulations Thursday on the heels of a new study showing that almost one in every 10 former state or local prisoners reported being sexually victimized at least once in prison.

The new regulations are immediately binding on federal prisons. 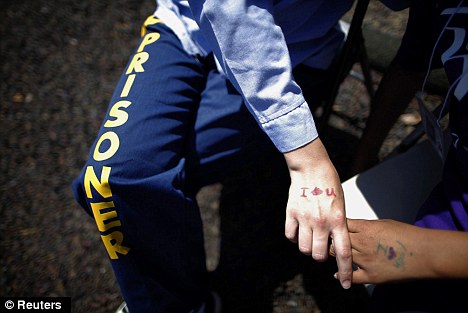 Alarming: A new report by the Justice Department claims that one out of every ten U.S. inmates has been raped 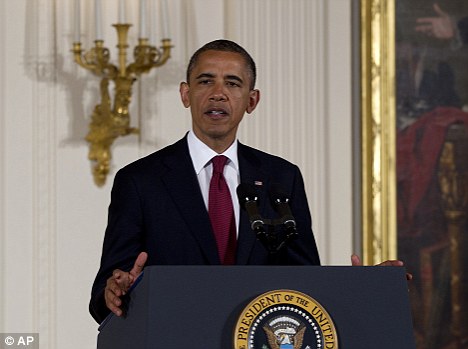 State prisons face losing federal money if they don’t comply, and local jails will not be able to get re-accredited without falling in line.

The White House also ordered that all federal detainment facilities outside of the prison system come up with ways to fight prison rape within a year.

The findings, reported by the Bureau of Justice Statistics in the first-ever National Former Prisoners Survey, may indicate a greater problem with sexual victimization than previously thought.

Surveyors found that 9.6 per cent of former inmates said they were sexually victimized in jails, prisons and halfway houses.

A somewhat similar survey of still-imprisoned convicts done by the same agency in 2008-2009 found that only 4.4 per cent of state and federal inmates said they were sexually victimized.

The difference may be because the former inmates in the current survey were asked about a longer time period than in the previous survey, said Allen J. Beck, one of the authors of the survey. 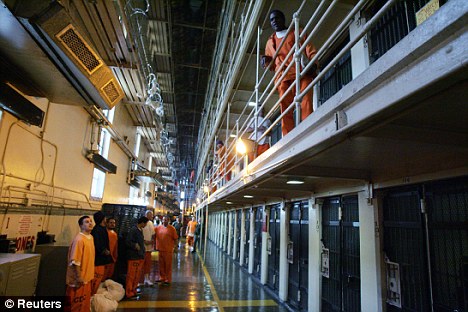 Startling results: Surveyors found that 9.6 per cent of former inmates said they were sexually victimized in jails, prisons and halfway houses 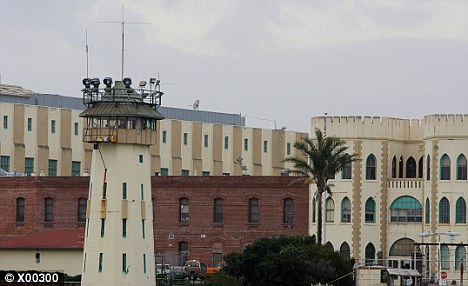 But it also could be that former inmates may be more willing to talk about the sexual victimization than the inmates currently housed inside those facilities, who have concerns about retaliation or retribution for speaking up.

Critics have said inmates may be willing to lie on these surveys in an attempt to embarrass a facility or refuse to report an incident for fear of retaliation.

‘By looking at inmates who are out of that environment, who no longer have that immediate fear of retaliation, of retribution, who moreover don’t have an immediate motivation to falsely accuse since they’re out of the facility entirely, we get a sense that through interviewing these former inmates that our past work is confirmed, that some of the concerns about false negatives and false positives may have been overstated,’ Beck told the Associated Press.

Among Blacks, Pride Is Mixed With Expectations for Obama