Most Americans have yet to cast their ballot for tomorrow’s election but a witch doctor in President Barack Obama’s ancestral village already knows who’ll be victorious.

‘Obama is very far ahead and is definitely going to win,’ John Dimo declared today, pointing to a white shell lying among bones and other artefacts in front of his hut in Kogelo village.

It’s not a surprising result in Kogelo, Obama’s late father’s hometown in western Kenya, where most expect the President to win out over Republican presidential candidate Mitt Romney. 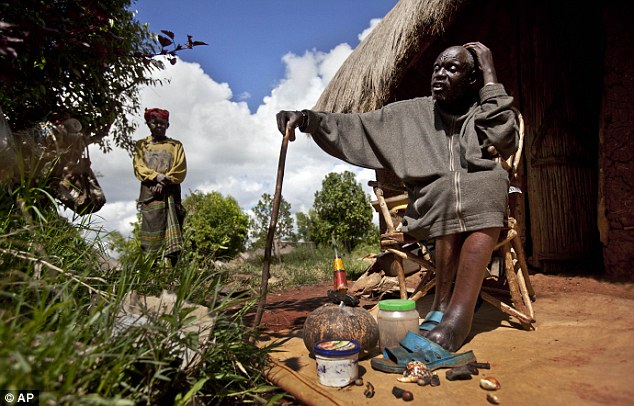 Victory: Kenyan witch-doctor John Dimo, pictured, interprets the result after throwing shells, bones, and other magic items to predict the outcome of the U.S. election

Pollsters in the U.S. are using interviews, statistical analysis and other forms of technology to predict the outcome of the election, which is expected to be neck-and-neck.

But Mr Dimo, who inherited the intriguing profession from his father in 1962, is confident of his traditional methods and is adamant the result would go in Obama’s favor.

A former army officer, Mr Dimo used mystical artefacts he said represented President Obama and his Republican rival Mitt Romney as he performed an ancient rite to predict the outcome at the polls. 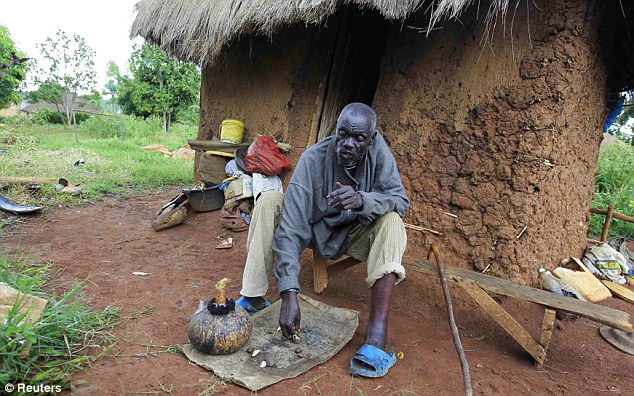 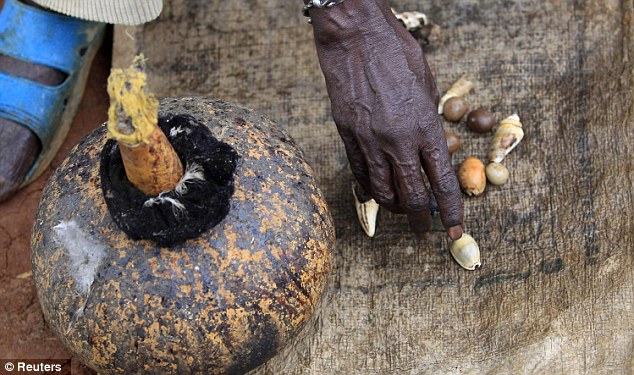 Father: Dimo says he knew Obama’s father who was buried in the village in 1982 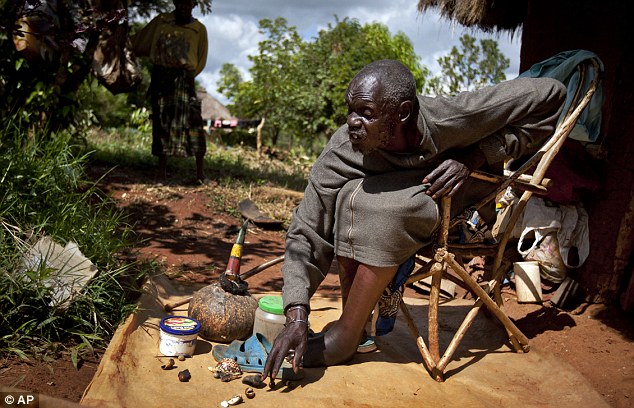 Ancestral village: Dimo lives in the village of Kogelo, from where President Barack Obama’s late father came from

The elderly witch doctor claims he knew Obama’s father who was buried in the village, which is 367 miles west of Kenya’s capital Nairobi, in 1982.

Obama is the son of a white mother from Kansas and a black father from Kenya and has five Kenyan half-brothers and a half-sister.

Half-brother Malik Obama said on Sunday the family sees no reason why Obama shouldn’t be elected for a second term. 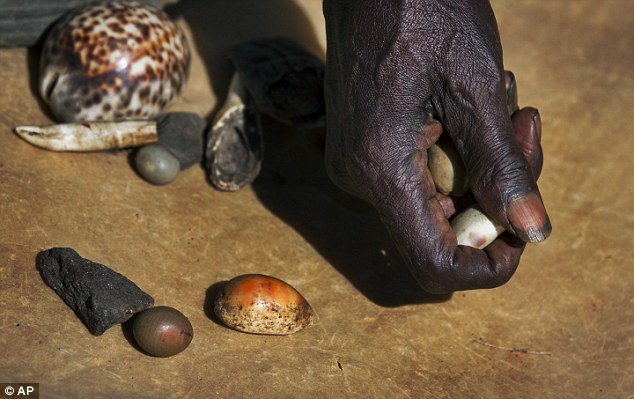 Prediction: The Kenyan witch-doctor, who claims to be 105 years old, throws shells, bones, and other magic items 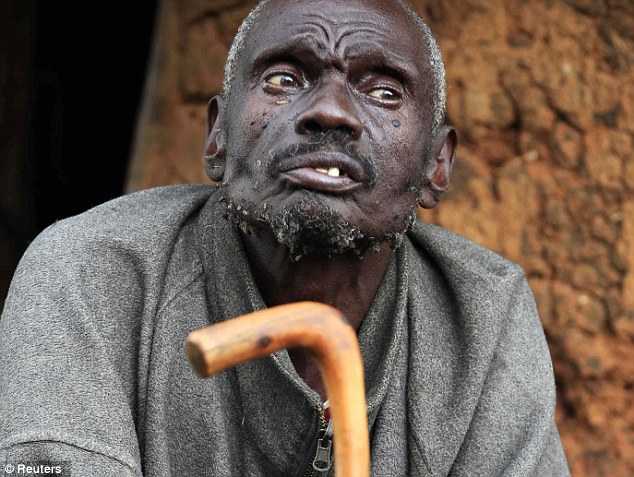 Celebrations: Four years ago, Kogelo, and Africa in general, celebrated with noisy gusto when Obama became the first African-American president 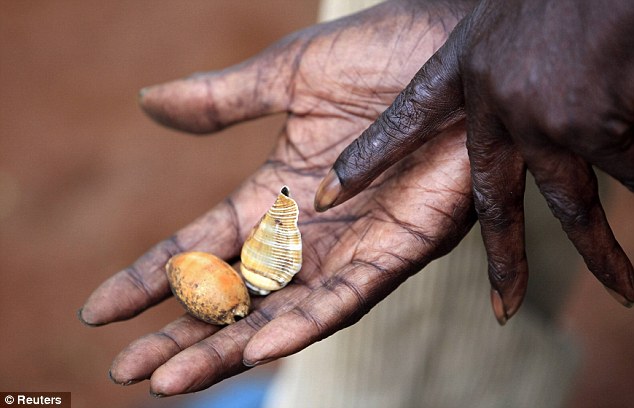 Objects: John Dimo, a traditional witch-doctor, holds up mystical objects he says represents U.S. President Barack Obama and his Republican rival Mitt Romney as he performs an ancient rite to predict the outcome of the elections

He was speaking during a sports tournament he organises every year in honour of their late father, Barack Obama Sr.

Other villagers in Kogelo, where a street, ‘Mama Sarah Obama road,’ is named after the President’s step-grandmother Sarah and a local school also bears the Obama name, were preparing to celebrate.

Four years ago, residents of the scattered hamlet of tin-roofed homes, and Africa in general, cheered with noisy gusto when Obama became the first African-American to be elected president of the United States. 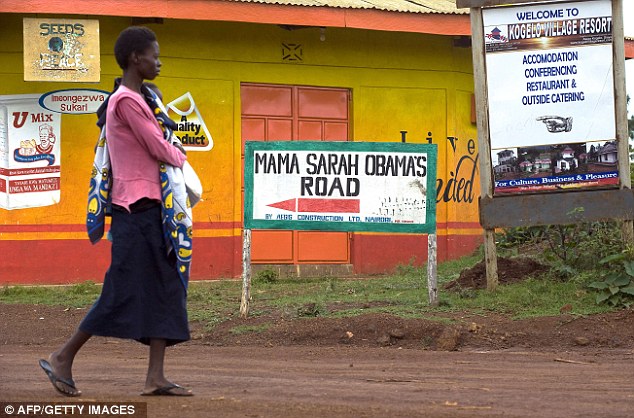 Ancestors: A woman walks along Mama Sarah Obama road, named after US President Barack Obama’s step-grandmother Sarah, in Kogelo a day before US elections 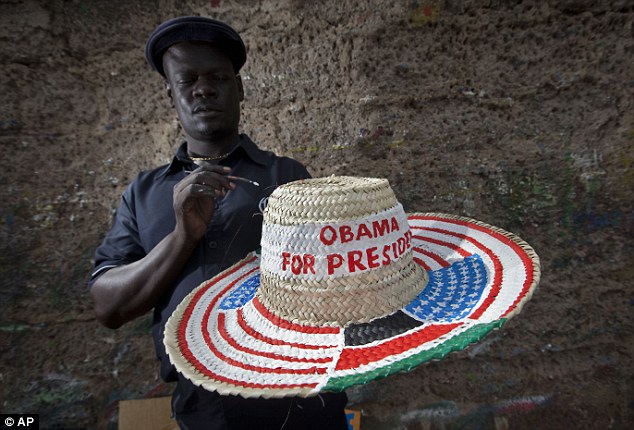 Support: Street sign maker Salmon Jackoyo, 32, puts the finishing touches to a hat painted with the flags of the USA and Kenya 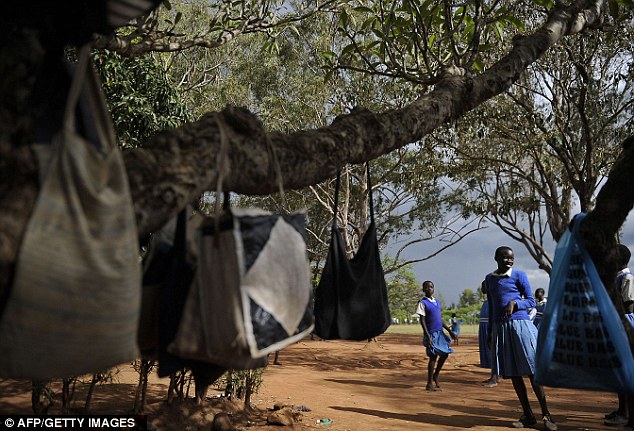 School children: Students stand outside their classes during recess on November 5, 2012 at the Obama-Kogelo primary school in the western Kenyan hamlet of Kogelo

Meanwhile, Peruvian shamans blessed President Barack Obama using a poster of him during a ritual to predict the winner of the U.S. presidential election in Lima, Peru.

The sharmans also held up a poster of Republican presidential nominee Mitt Romney and blessed him during the traditional ceremony.

The shamans routinely predict outcomes for elections and sporting events and on Monday predicted President Barack Obama will win the hotly-contested election. 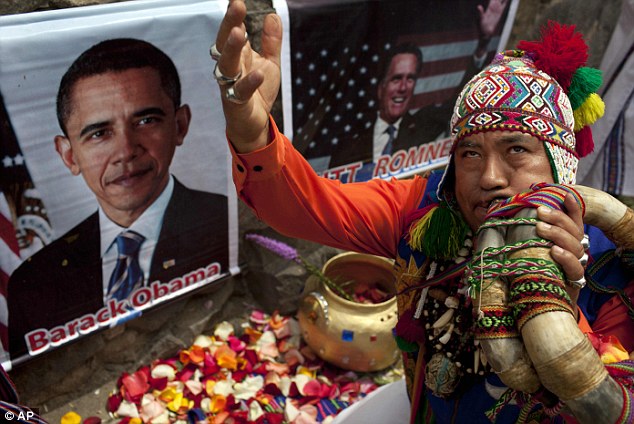 Blessed: Peruvian shamans bless President Barack Obama using a poster of him during a ritual to predict the winner of the U.S. presidential election in Lima, Peru 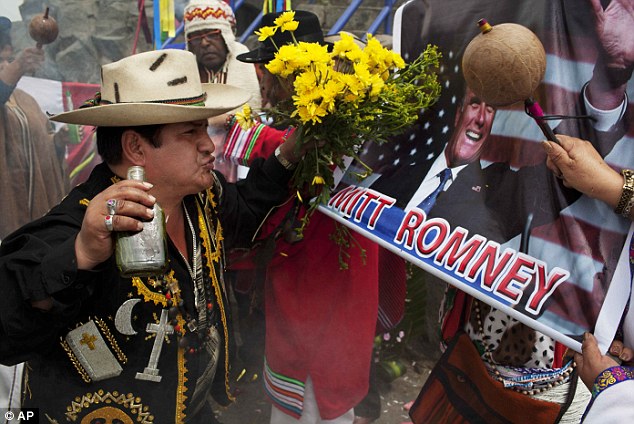 Romney ritual: Peruvian shamans hold up a poster of Republican presidential candidate, former Massachusetts Gov. Mitt Romney during a ritual to bless him and predict the winner of the U.S. election 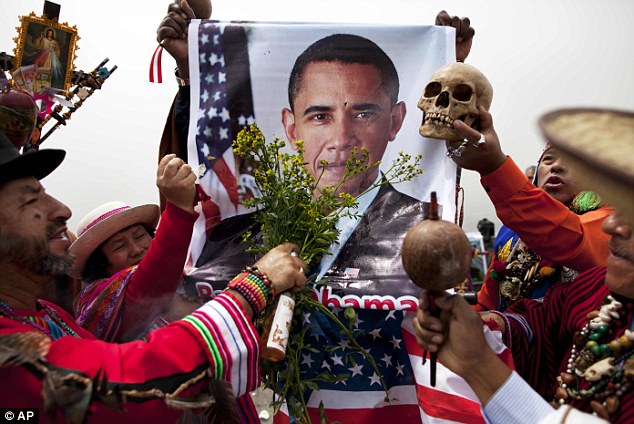 Winner: On Monday predicted Obama will win in a traditional ritual in Peru