A 13-year-old boy from Queens has written a book about how he coped with his mother’s cancer diagnosis, in the hope of helping others conquer their fears.

DaeQuan Morrison decided to publish his book, called What’s the Spook?, which he wrote two years ago for his fifth-grade class, with a portion of the proceeds being donated to cancer research.

His mother, Patricia, has been battling breast cancer since he was ten, and also took part in a clinical trial at the Feinstein Medical Institute, a hospital he hopes to give back to with sales from his book. 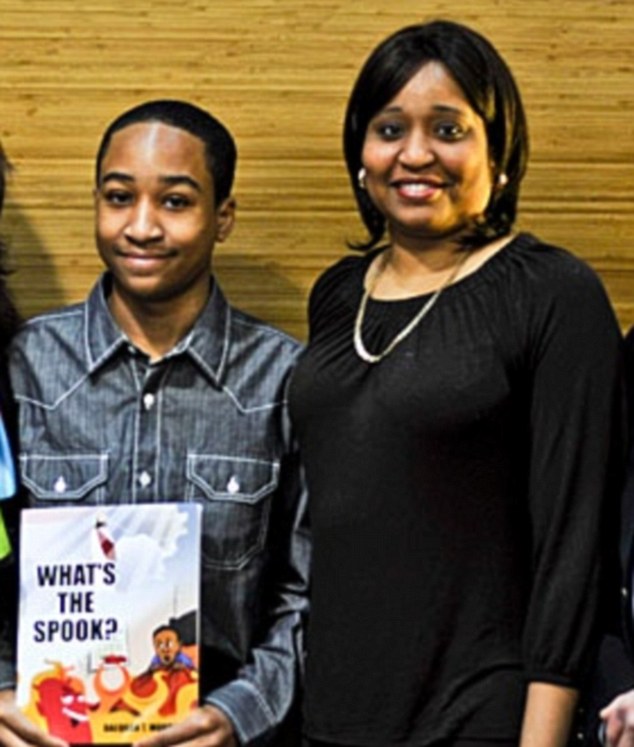 Debut book: DaeQuan (left) published a book to help young people overcome their fears, after his mother (right) was diagnosed with breast cancer

DaeQuan told New York Daily News: ‘My mother donated her cancer there, so I wanted to give back and help find a cure for cancer.’

DaeQuan said What’s the Spook? is based on his own experiences as a child, when he suffered from chronic nightmares.

The book follows the story of a young boy named Ace, whose series of escalating nightmares lead him into the underworld.

‘And with the help of God he overcomes his fears,’ DaeQuan said.

While the book is geared toward children, the 13-year-old added that it is appropriate for anyone who wants to conquer their fears. 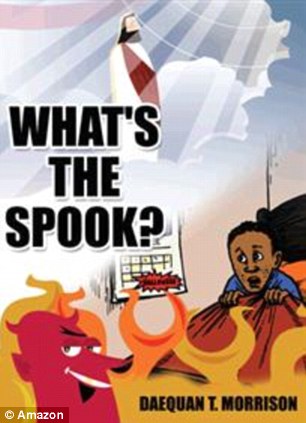 What’s the Spook? A portion of the book’s proceeds will go to the Feinstein Medical Institute, where his mother took part in a clinical trial, to help fund cancer research

The clinical trial, which Ms Morrison, 40, was asked to participate in, studies the way breast cancer acts in 360 patients.

Dr Iuliana Shapira, a researcher at Feinstein, said: ‘We didn’t look in the tumor itself because… breast cancer looks exactly the same in every individual.

Dr Shapira said the researchers stumbled upon potentially groundbreaking results which were presented to the American Society of Clinical Oncology earlier this month in Chicago, proposing that breast cancer behaves much differently in African-American patients than in Caucasians.

DaeQuan, who said he is also coming out with a teen novel called Ghost Kid and the Youngstars,has sold over 200 books and hopes to eventually sell as many as 5,000.

He said: ‘I want to become a best-selling author. I like writing about supernatural action and adventures.’