By KAREN CROUSE
Published: December 22, 2012
PLANTATION, Fla. — The tennis coach Kathy Rinaldi settled into her folding beach chair near the court, out of the sun’s range but close enough for her encouragement to be heard by her teenage pupil, Taylor Townsend. A few feet away, a woman, dressed from visor to sneakers in tennis whites, was speaking on her phone: “I’m getting ready to watch Taylor Townsend. She’s the girl who looks like Serena.”
The setting was a December junior tournament, the Orange Bowl International Championship, sanctioned by the United States Tennis Association and the International Tennis Federation, here at Veltri Tennis Center outside Fort Lauderdale. The 16-year-old Townsend was competing in the girls 18-and-under division for the final time after declaring her intention to play for pay starting in January.
Townsend enters the professional ranks with credentials that unfurl like a red carpet: the 2012 Australian Open junior singles and doubles titles and the junior doubles title at this year’s Wimbledon and United States Open. She is the first American to hold the No. 1 year-end world ranking for junior girls since Gretchen Rush in 1982. 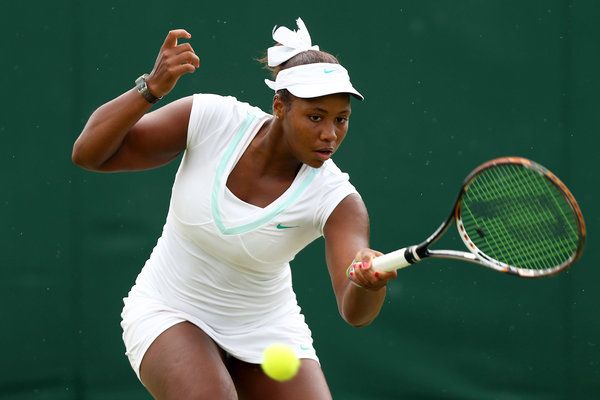 Because she is black and has a sturdy 5-foot-6 physique and strong ground strokes, Townsend often draws comparisons to Serena Williams, a 15-time major singles champion. Townsend said she was flattered to be mentioned in the same breath as one of the greatest players in the game’s history. But occasionally, the surface comparisons cut deep.
In the Orange Bowl doubles final, Townsend and her partner, Gabrielle Andrews, powered to victory despite the heckling of an elderly man who zeroed in on her race and her baby fat. For all Townsend’s success this year, her appearance was what thrust her into the spotlight at the United States Open, the year’s final major. The U.S.T.A., which oversees her training, tried to discourage her from playing in the Open, declining to pick up her expenses because she was not in peak shape. 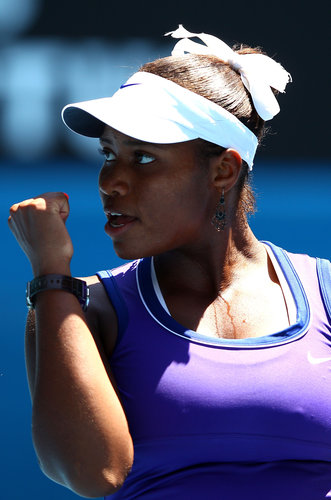 Taylor Townsend, 16, the No. 1 junior girls player, is about to turn pro. She has been compared to Serena Williams.


Her mother paid her way, and when Townsend’s plight became public, several prominent women in the sport rushed to her defense, including Williams and Lindsay Davenport, another sturdily built former world No. 1 whose fitness was questioned early in her career.
Describing the controversy as unnecessary, Williams said, “Women athletes come in all different sizes and shapes and colors and everything.”
Rush, a mother of three teenagers who is now Gretchen Rush Magers, has watched opponents and the daughters of friends starve themselves to reach a body ideal personified by supermodels starting with Twiggy. She said she was disheartened that the focus was on Townsend’s appearance and not on her results.
“I’ve known women who have battled anorexia who are no longer with us, so I’m very sensitive to body issues,” Rush Magers, the women’s tennis coach for the Claremont-Mudd-Scripps team in California, said in a telephone interview. Her feelings about the subject are so strong that she said she has encouraged her team to attend a February campus lecture by the mother of a young woman who died of complications from anorexia. 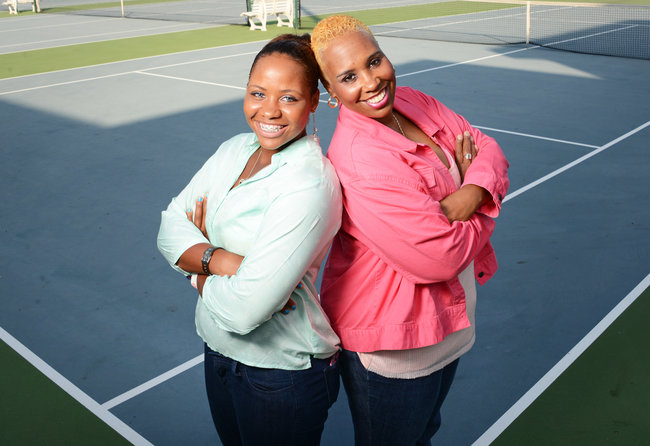 Taylor Townsend with her mother, Shelia, in Boca Raton, Fla., where Taylor has trained for two years.


Townsend eventually received an apology from the U.S.T.A. The emphasis on her appearance has made Townsend stronger in ways that cannot be measured by any body composition test, said her mother, Shelia, who played tennis at Division II Lincoln University in Jefferson City, Mo.
“I love the game of tennis so much because it mirrors the game of life so much,” said Shelia Townsend, who continued: “At the end of the day, you have to stand on what you’ve learned and fall back on what you know and everything you’ve been taught. Over all, what Taylor’s been through this year has helped her to become more self-assured and even stronger in who she is and not have to look for the approval of somebody else. At the end of the day, her results speak for themselves.”
The days when the United States feasted on the success of its female tennis prodigies are long gone, as evidenced by the 30-year gap between the reigns of Rush and Townsend, whose coach, Rinaldi, was a teenage prodigy who drew comparisons to Chris Evert.
In 1981, at 14, Rinaldi became the youngest player to win a match at Wimbledon. A subsequent profile in Sports Illustrated introduced Rinaldi as someone who “gives promise of being the best ever.”
During a pro career that spanned two decades, Rinaldi won three Women’s Tennis Association singles titles and rose as high as No. 7 in the world. Not the best ever, but a commendable career nonetheless.
“Obviously, I’ve been through a lot starting at a young age,” said Rinaldi, a national coach at the U.S.T.A. Training Center in Boca Raton, Fla., where Townsend has been ensconced the past two years. “Taylor knows that. We’ve had conversations about it.”
A pro career was not the end game when Townsend and her older sister, Symone, took up the sport. Education is the family’s focus. The girls’ father, Gary, is a high school principal in Georgia, and their mother works as a budget manager at Boca Raton High.
“Our goal was to have them be able to pick whatever college they wanted to go to,” Shelia Townsend said. “Tennis was the vehicle.”
Symone Townsend is a freshman on the Florida A&M tennis team. When her family’s budget could not keep pace with her progress, Taylor Townsend followed a different path. In 2011 she moved to Florida to immerse herself in tennis, with all expenses paid, as a player in the U.S.T.A. development program.
It mirrored the collegiate experience in that Townsend moved into a dormitory, worked in classes around tennis and was apart from her family until her mother, who is divorced from her father, joined her in Florida this summer.
Townsend has always driven the bus, so to speak. At 5, her mother recalled, Townsend was accepted into a gifted program at a school across town. She had to take a school bus every day, which picked her up after her parents had left for work. A neighbor would keep an eye on her, but Townsend embraced her independence.
“She’s always kind of danced to a different drummer,” Shelia Townsend said.
Taylor Townsend’s game reflects her disdain for being pigeonholed or penned in. It’s a blending of Williams’s power, Billie Jean King’s soft hands and Pam Shriver’s conviviality. At the Orange Bowl tournament, she was quick to acknowledge her opponent’s winners by clapping the face of her racket.
After her fourth-round victory, Townsend was on her way to grab a snack when she saw another American, the 17-year-old Allie Kiick, heading off to play her 18-and-under match. Townsend stopped to offer Kiick strategy for beating her opponent.
“I kind of try to make friends with everyone so everything’s nice and peachy,” she said.
Townsend’s smile lighted the Orange Bowl courts when she nearly did splits as she slid in pursuit of a ball or hit a drop shot from the baseline that landed on the other side of the net with a sorcerer’s spin.
Using delicate drop shots and deft volleys to augment her fierce ground strokes, Townsend advanced to the semifinals in the singles on clay, not her favorite surface.
She staved off a set point in a straight-sets victory in the first round and outlasted her quarterfinal opponent in a three-set, 3-hour-49-minute endurance test, her run ending in the semifinals with a three-set loss to Ana Konjuh, a 14-year-old Croat with blinding power from both sides.
Afterward, Konjuh, who is taller and more muscular than Townsend, weighed in on her opponent’s fitness.
“She’s very talented and smart and plays great like that,” Konjuh said. “But if she wants to be a pro, she has to lose some weight. In the second set, I felt she couldn’t run as much. If she gets fit, she can be a really, really good player.”
Townsend said she planned to improve her conditioning in the weeks before her first two pro events in Florida in January.
Her mother said: “When Serena came out, to have somebody who looks like her in every way — body shape and ethnicity — and has gone through similar experiences, it resonated a lot with Taylor. Taylor’s never going to be a size 5, and that’s O.K. We just want her to be as strong and as healthy as she can be, where her body can perform at an optimal level. What it looks like at the end of the day, that’s what it is.”
Townsend said that she greatly admired Williams but that she patterned her game after Martina Navratilova, whose net play she scrutinizes on YouTube clips. She said she was excited about taking the next step in her career.
“When you’re the top seed in juniors, everyone’s gunning for you,” Townsend said. “But as a pro, there will be no expectations because everyone’s older than me. When you’re younger, everything’s in your favor. You can just go out there and have fun.”

In One School, Students Are Divided by Gifted Label — and Race