The inspiring story of ballerina Michaela DePrince in her own words

By SADIE WHITELOCKS
PUBLISHED: 15:45 EST, 12 April 2013 | UPDATED: 16:45 EST, 12 April 2013
An 18-year-old ballerina who was orphaned in war-torn Sierra Leone at the age of three, fulfilled a childhood dream on Wednesday night as she played the lead in Swan Lake at the Lincoln Center.

Michaela DePrince took to the stage at the prestigious New York venue and performed an excerpt from the ballet, which saw her embody the evil Black Swan.
While it marked a milestone in her dance career, the determined teenager told CBS: ‘I feel like I’ve come a long way, but there’s so much more that I need to do.’ 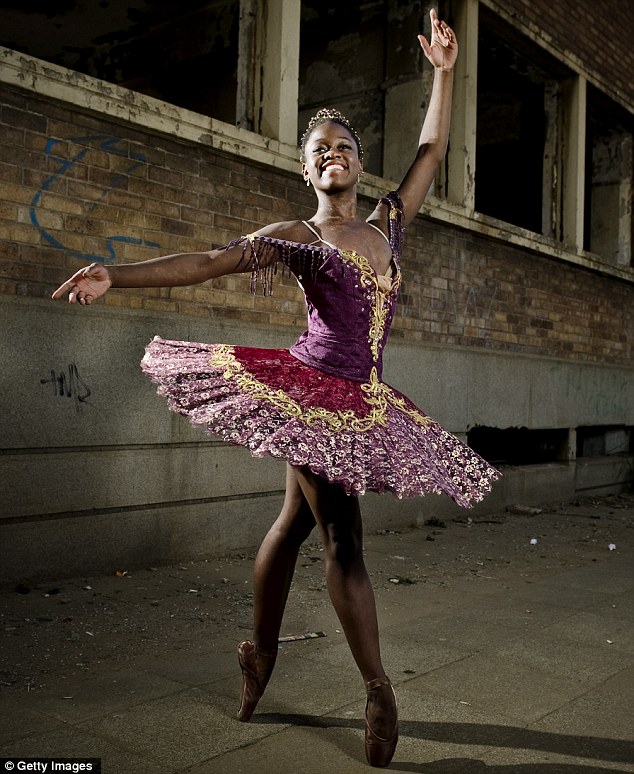 Inspiration: Michaela DePrince, who lost her parents at the age of three, said that her obsession with dance originated from a photograph of a ballet dancer she found while she was at an orphanage in Sierra Leone

She is currently the youngest member of the Dance Theater of Harlem and made her professional debut last year in Le Corsaire at the Johannesburg Theatre in South Africa.

Michaela – who was then called Mabinty Bangura – was born in 1995 in the midst of Sierra Leone’s 11-year civil war, which claimed more than 75,000 lives.

Recalling her early years, she previously told The Guardian: ‘I have a lot of bad memories. I remember seeing a lot of rebels killing people that I knew. It was disgusting and just revolting.’

When she was three years old her father was shot by rebel soldiers and her mother – who didn’t have enough food to feed herself – later died of starvation. Her three brothers also died young. 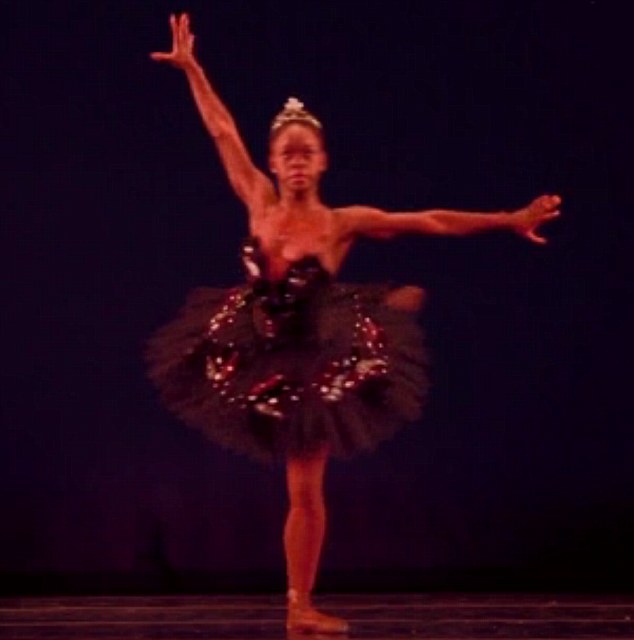 Childhood dream: The teenager, who now lives in New Jersey, played the Black Swan in an excerpt from Swan Lake at the Lincoln Center on Wednesday night 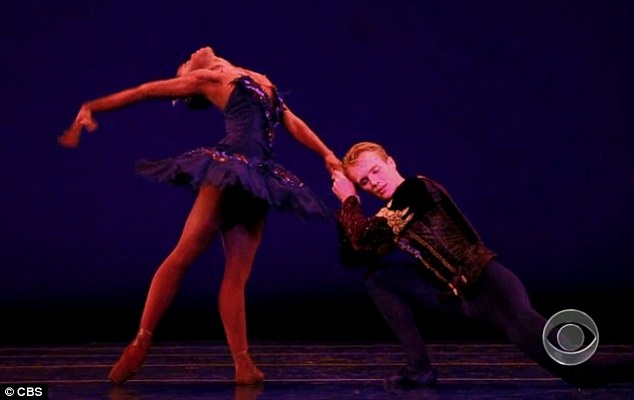 Enchanting: One reviewer described Michaela as the ‘sweetest seductress you ever saw’

As a result Michaela was placed into an orphanage by her uncle – an experience which she said scarred her for life.
She remembers going hungry, being mistreated by carers and taunted as ‘the devil’s child’ because of vitiligo on her neck – a skin condition that causes patches of lightened skin.

‘I have a lot of bad memories. I remember seeing a lot of rebels killing people that I knew’

When reports emerged that the orphanage was going to be bombed, Michaela fled and walked shoeless for miles until she reached a Ghanian refugee camp.
It was there that Michaela’s life changed, as two volunteer workers, Elaine and Charles DePrince, decided to adopt her along with two other girls, Mia and Mariel.
The couple took the children back to their home in New Jersey in the U.S. in a bid to provide them with a fresh start. 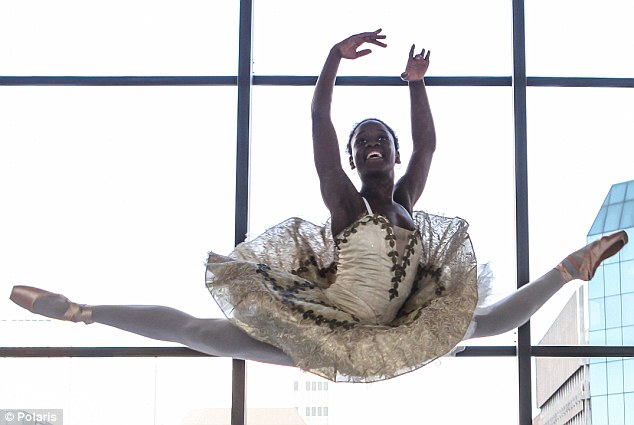 Discriminated: While she demonstrated talent and enthusiasm, Michaela often lost parts in productions to her white counterparts – but she said that made her more determined to succeed 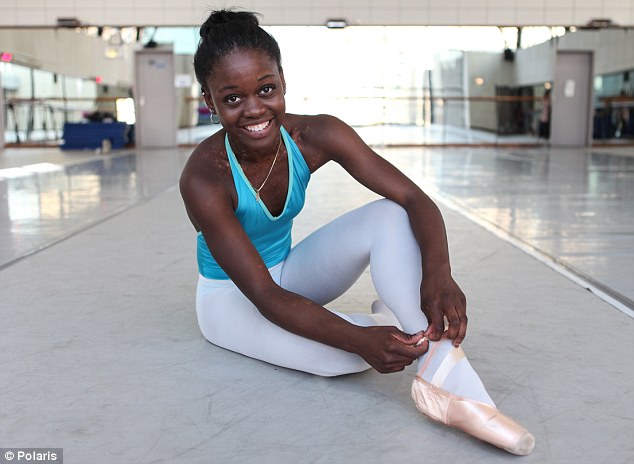 Lifelong passion: The teenager, pictured in 2012, started dancing when she was five years old

Mrs DePrince said that she soon noticed Michaela’s love of ballet and the toddler watched a video of the Nutcracker 150 times and could recite the moves.

Michaela said that her obsession with dance originated from a magazine she found while she was at the orphanage in Sierra Leone.

The cover featured a photograph of a female ballerina. But not knowing what a ballet dancer was, she believed it was a fairy.
‘I was just so fascinated by this person, by how beautiful she was, how she was wearing such a beautiful costume,’ she told CNN, ‘So I ripped the cover off and I put it in my underwear.’ 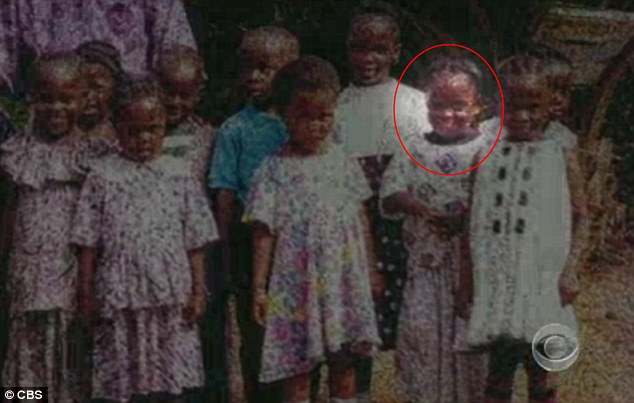 Distressing time: Michaela said that she saw a lot of rebels killing people during the Sierra Leone civil war 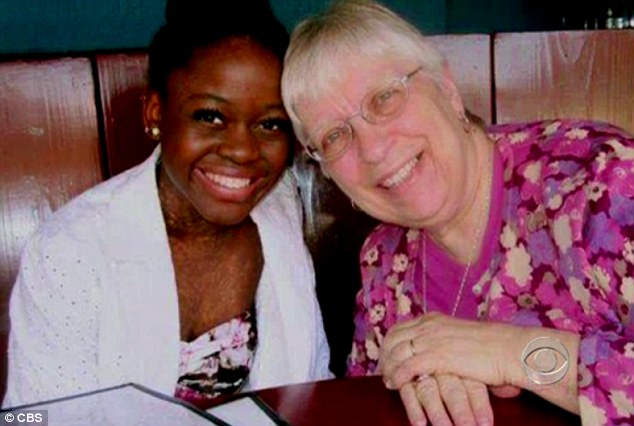 Savior: When she was four years old Michaela was adopted by Elaine DePrince from New Jersey

When she was five years old Michaela started taking classes at the Rock School of Dance in Philadelphia, and the painfully shy youngster found it easier to express herself through movement rather than words.

‘I was just so fascinated by this person, by how beautiful she was, how she was wearing such a beautiful costume’

But while she demonstrated talent and enthusiasm, she often lost parts in productions to her white counterparts.
One of her first encounters of discrimination occurred when she was eight years old and rehearsing for The Nutcracker.
Just a few days before she was due to perform a teacher told her: ‘I’m sorry, you can’t do it. America’s not ready for a black girl as Marie [the heroine].’

‘To say this to an eight-year-old is just devastating. It was terrible,’ Michaela told the Associated Press.
But she refused to let the negative comments hold her back and when she was 13 years old she earned a full scholarship to the prestigious American Ballet Theater’s summer intensive in New York. Two years later she won a full-time place at the school. 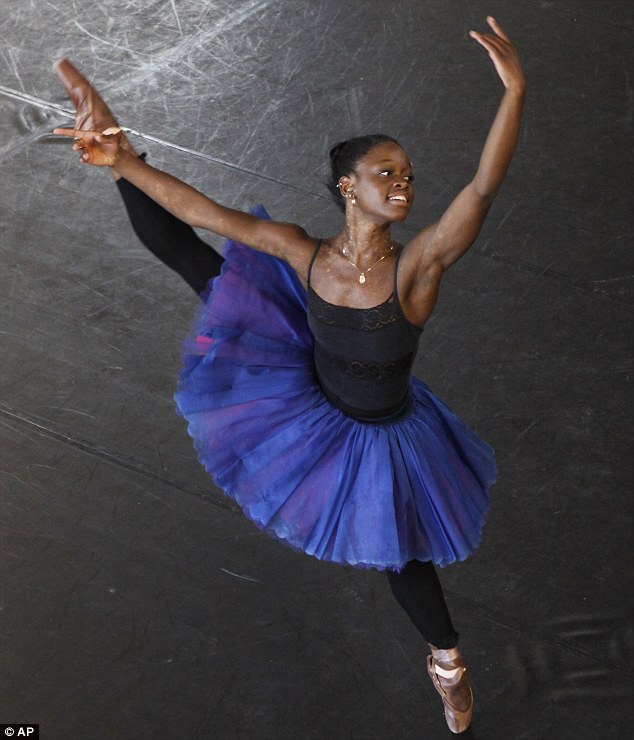 Giving back: The dancer, who still describes herself as African, plans to return to Sierra Leone one day to open a performing arts school

The teenage dancer also became the subject of First Position, an award-winning documentary about the competitive field and performed on the TV show Dancing with the Stars.
She has been described as one of the ballet world’s ‘rising stars’ and a reviewer from The New York Times, who attended Wednesday night’s performance said she was the ‘sweetest seductress you ever saw’ and ‘her fouettes [turns] nearly carried her offstage.’

Michaela, who still describes herself as African, plans to return to Sierra Leone one day to open a performing arts school.

But before then, with Swan Lake ticked off her list, she yearns to dance the lead roles in Sleeping Beauty and Romeo and Juliet.
Read more: http://www.dailymail.co.uk/femail/article-2308117/Teenage-ballerina-orphaned-war-torn-Sierra-Leone-fulfills-childhood-dream-takes-New-York-stage-Swan-Lake.html#ixzz2QIxjfQHC