Police say 13 people have been shot and wounded in a 30-minute spate of violence in Chicago that included eight gunned down on a single street.

The numbers contribute to a total of 19 shot between Thursday evening and early Friday morning as law enforcement officers report increasing homicides this year and lack of fear by gang members in police.

Peaking between 9.15pm and 9.45pm, a drive-by shooting on Chicago’s South Side largely wounded the night’s victims, injuring eight who were mostly teenagers. 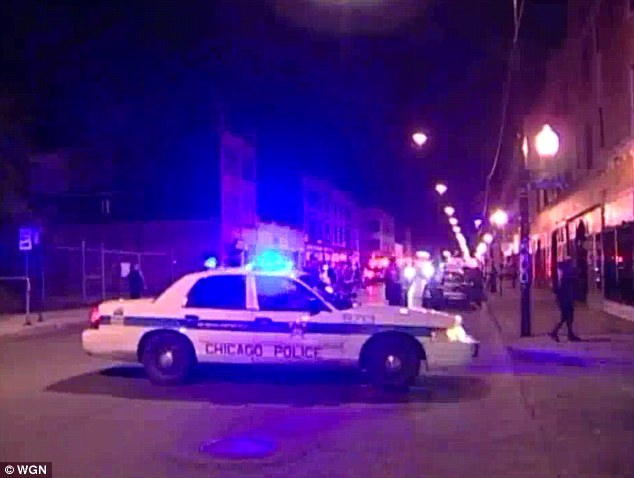 Shooting spree: Police in Chicago say 13 people have been shot and wounded in 30-minutes’ time on Thursday night in a year that is seeing a rise in homicides 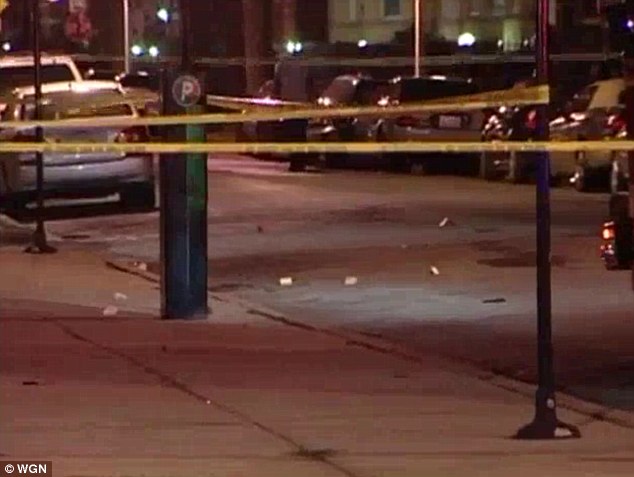 Drive-by: Among what in total were 19 shot between Thursday evening and Friday morning, eight were from a drive-by shooting of mostly teenagers

All victims, seven of whom were men, ranged in age from 14 to 20 years.

Two of the victims were taken to Comer Children’s Hospital. Most were reported in stable condition.

Police say one of the victims, a 19-year-old woman, was wounded when she was shot in the arm while walking to work.

The Chicago Sun-Times reports police having made no arrests in the shootings.

Community activist Andrew Holmes told NBC Chicago that some of those wounded in the attacks aren’t cooperating with police though nine times out of 10, the victims know who was firing the shots.

Five people were wounded in three other shootings around the same time. 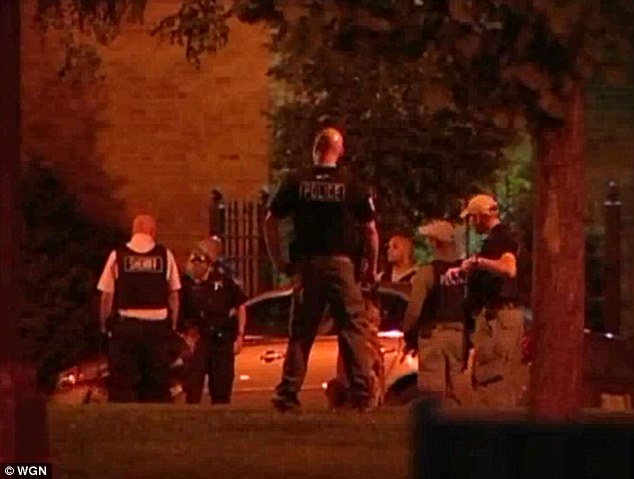 Little help: No arrests have been made in any of the shootings with most of the victims said to not be cooperating with police who say the attacks are believed gang related

One of the victim’s was a 15-year-old boy shot while playing basketball.

Without including last night’s shootings – with many victims still in hospital – Red Eye Chicago reports 42 homicides this month alone within the city, with the majority’s deaths labeled as gunshot victims.

In 2011 the month of August saw 36 murder victims, according to a report by the Chicago police department.

July being a hot month for killings, this year as well as 2011, last month the city saw 48 homicides according to Red Eye with July 4 seeing 12 shootings in four hours’ time. 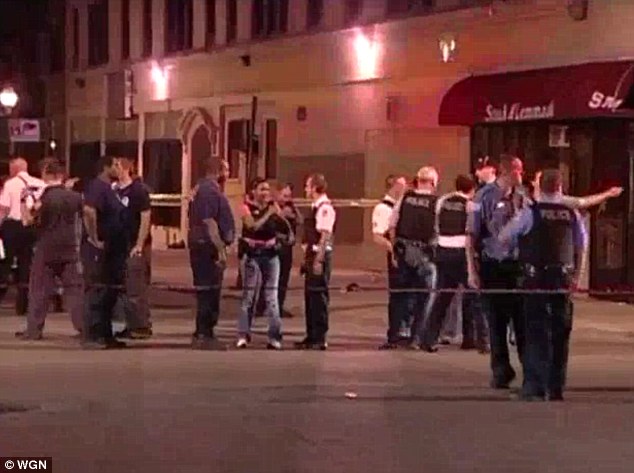 Keeping busy: Murders in Chicago are expected to rise by at least 16 per cent this year with August having seen 42 homicides this year compared to 36 last year

With the rise in reported murders in Chicago this year, the numbers are expected to exceed last year’s by at least 16 per cent.

The grand total for the year is said to be at 340 as of Saturday, August 20, which saw four homicides marking it as one of the deadliest days of the year according to Red Eye.

Called the deadliest ‘alpha world city’ – with that title comparing it to global cities like New York, London, Los Angeles or Tokyo – Chicago has seen 19.4 murders per 100,000 according to a recent report by Ward Room.

As far as non-alpha world cities go, Venezuela’s capital of Caracas takes the cake in comparison with a murder rate of 130 per 100,000 according to the report.