A two-year-old girl and a 13-year-old boy were shot and four others wounded in a horrific gang-related drive-by shooting in Brooklyn on Sunday.

Scores of children and their parents were enjoying the summer weather in Brownsville around 7pm when a man in a white Nissan Altima drove by, spraying bullets indiscriminately.

The gunman, who sped off in the vehicle with Florida license plates, shot the little girl, Aryanna Prince, in the left leg and a bullet pierced her father, Mike Prince, in the buttocks. 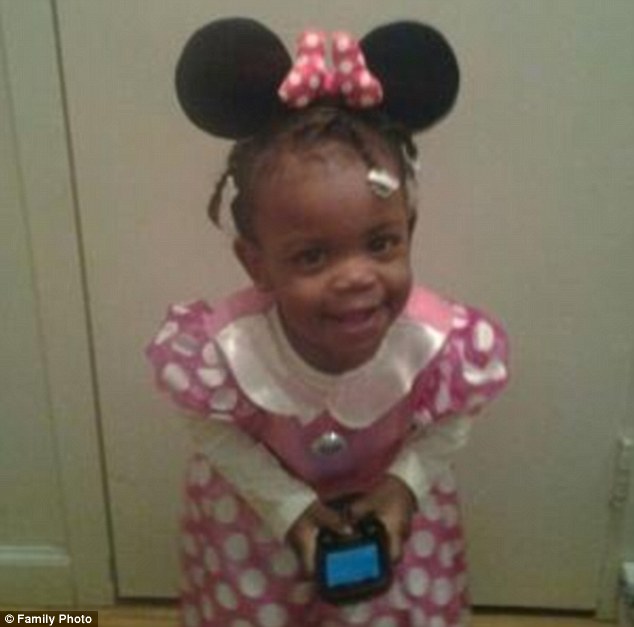 Wounded: Aryanna Prynce, 2, was among six victims shot in a drive-by shooting in Brooklyn on Sunday

Mike Prince was injured protecting his daughter, according to The New York Post.

‘He was trying to shield the baby when the shooting started,’ Aryanna’s grandmother, Leteria Hinton,said. ‘He didn’t know either of them was shot at first. He was just trying to run away.’

Another victim, Kentrell Simpson, 13, had been playing outside when he was shot in the right hand.

‘He was outside with his friends (and) a car drove by and started shooting,’ his cousin Deasia Simpson, 25, told The New York Daily News.

After being struck, Kentrell ran into the house with blood dripping from his hand. 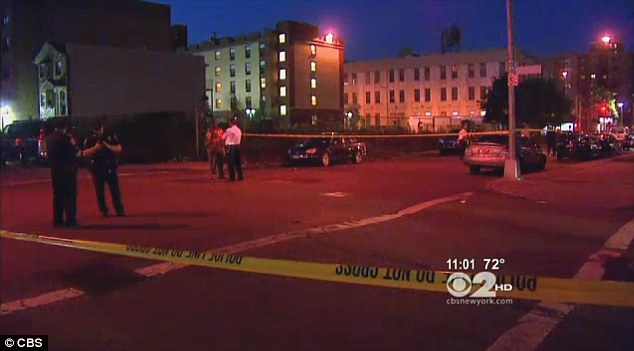 Brownsville: The gunman opened fire at around 7pm near Rockaway and Riverdale Avenues, pictured, where scores of children were playing 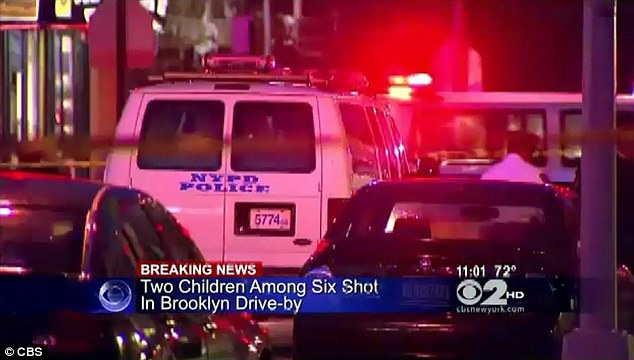 Gang: Police believe the shooting was gang-related and are searching for the gunman who sped off in the vehicle with Florida plates

‘My aunt is hysterical, his dad is in the hospital with him,’ she said. ‘We were all worried.’

A man in his early 20’s was struck in the leg, according to witnesses.

A resident told the Daily News she found the victim slumped on her front steps and almost tripped over him when she came outside to see what the commotion was.

Four of the shooting victims were rushed to Brookdale University Hospital and two were taken to Kings County Hospital, according to police. None of the victims’ injuries were life-threatening. 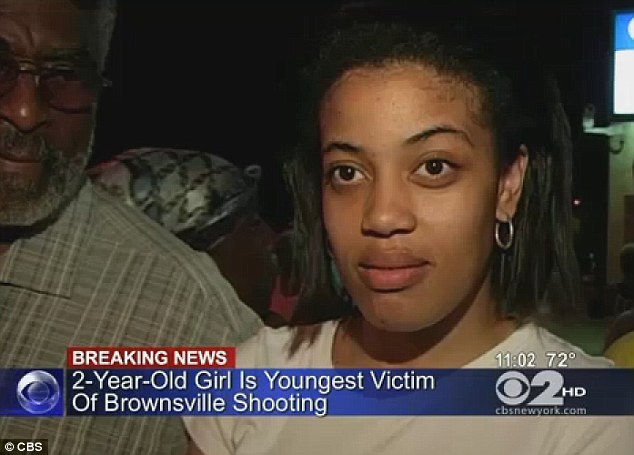 Neighbour Lisa Green said the residents were enjoying the warm weather before the carnage.

‘Other people were running to the ambulances. There were people everywhere outside, enjoying a nice day, until the shots happened.’

Police said the gunman was likely targeting someone specific when he opened fire on the neighbourhood.