A two-year-old boy has died after shooting himself in the head with a deputy sheriff’s gun he found in his home.

Josiah Tate wandered into a bedroom where the deputy had placed his service gun on a bedroom counter.

Officials believed he was able to load the gun and pointed it at his head. 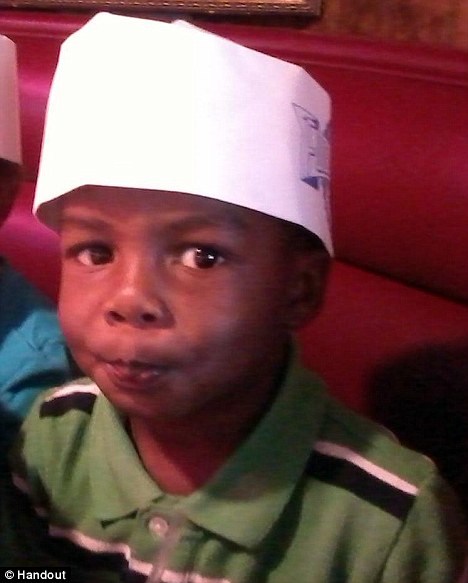 Tragic end: Two-year-old Josiah Tate fatally shot himself in the head after his mother’s boyfriend left his gun in the boy’s house and the child loaded it himself

The boy’s mother saw the toddler playing with the gun just seconds before he shot himself in the head.

Investigators said the deputy had returned home after his shift and left his weapon in his bedroom.

The boy and his mother were not at home and he popped out to run some errands. 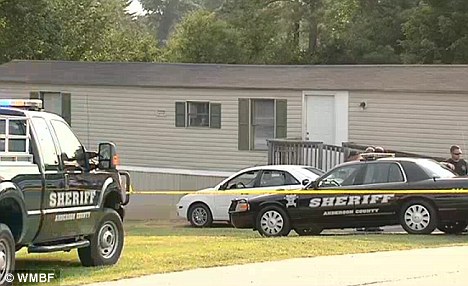 Witness: The boy’s mother entered the bedroom inside this trailer and saw the boy hold the gun up to his head right when he fired

While he was away the toddler returned and unknown to his mother wandered into the bedroom and picked up the unloaded gun.

Coroner Don McCowan said the boy managed to load the weapon and fired the fatal shot.

The tragic incident took place at a mobile home park in Anderson, South Carolina, where the deputy, who has not been named, lived with the boy’s mother.

The South Carolina Law Enforcement Division have been notified to carry out an investigation which could lead to disciplinary action against the deputy who works with Anderson County Sheriff’s Department. 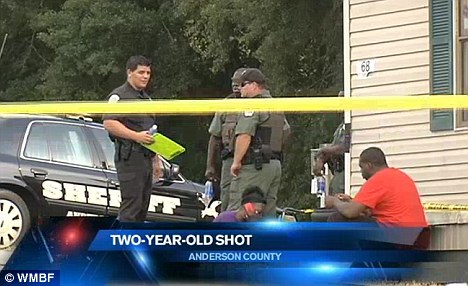 Scene: Investigators said the deputy had returned to the home after his shift and left his weapon in the bedroom while he ran some errands

Neighbour Lind Bull described the frantic efforts to save the victim.

‘I walked out, heard everyone screaming someone’s been shot,’ said Bull.

‘I went walking into the neighbour’s house and seen a two-year-old child lying on the floor.

‘The grandmother was doing her best to do CPR so I stepped in and tried to help her.

‘And the mother was just sitting there holding a towel on his head trying to stop the bleeding.’ 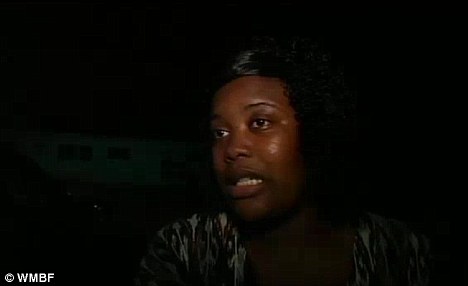 Stunned: Tiffany Harris, Josiah’s cousin was one of many family members stunned by the news, making her first disbelieve news the two-year-old could be capable of such an act

The boy’s death has stunned his relatives.

‘I thought it was a lie,’ Tiffany Harris, Josiah’s cousin told Fox 8 News.

‘I thought he got shot with something, maybe a cap gun or something, not a real gun.’

Nigerian girl, 15, decides to go to Harvard after being accepted to 13 colleges