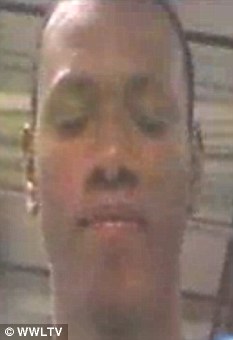 Caught: Roderick Clanton, 23, was arrested for having sex in a courthouse bathroom with a girl, 15

A 23-year-old man has been arrested after he was allegedly found having sex with a 15-year-old girl in a courthouse bathroom.

Roderick Clanton was caught with the girl in the men’s bathroom at the Orleans Parish Criminal District Court in New Orleans, Louisiana.

They were busted when a court employee walked into the bathroom and allegedly saw two pairs of legs sticking out from the bottom of a bathroom stall.

He ran out to alert security and sheriff’s deputies swooped on the bathroom.

Clanton was charged with carnal knowledge of a juvenile.

He is accused of having consensual sex with the girl, police toldWWLTV.

Clanton was not at the courthouse for a hearing, but could have been dropping off a sample for a drugs test, which is a requirement for probation from another offense, a court spokesperson said.

Community activist Walter Umrani told WWLTV: ‘The event that happened in the restroom here is unspeakable.

‘Right in the seat of power in the of justice in the criminal justice system. It just speaks to the lack of respect and the morale decline in our city.’

Major Melvin Howard, head of courthouse security, said the arrest was an example of how well his team worked in the building. 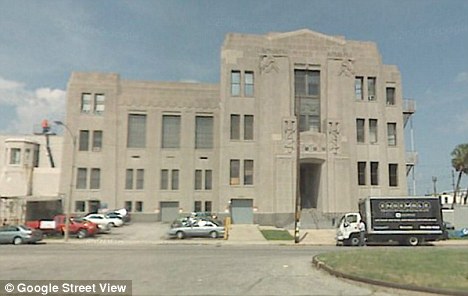 Scene: Clanton and the girl’s feet were seen sticking out from under the bathroom stall by a court employee, who alerted security

‘Security in this building is always at a heightened level,’ Howard said. ‘I constantly tell the deputies be prepared for the unexpected.

‘This incident is rare, but I’m glad the deputies were vigilant and they were proactive.’

Clanton is being held on a $10,000 bond after an initial court appearance last Thursday. His court date has not yet been released.

The 15-year-old girl was taken into custody as a juvenile and later released to her family.