A horrific video has been released showing the moments shortly before a hardworking accounting student from Gambia was shot dead at point-blank range during a robbery at a gas station.

Lamin Sillah, 28, had recently left the Gambia for New York and was working the night shift at the Bronx station to send money back to his family in Africa.

But during a confrontation with a gunman on Tuesday night he was killed after being shot in the torso. 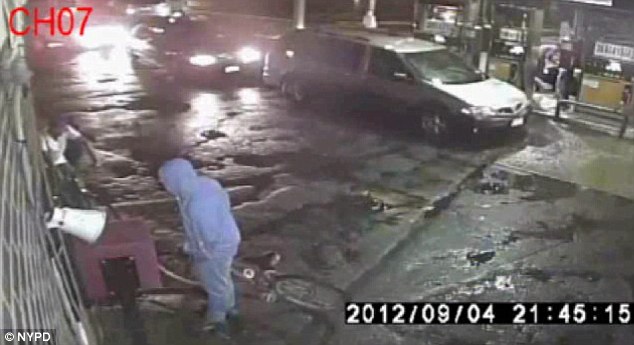 Violence: A video has been released showing the moments before a hardworking student from Gambia was shot dead at point-blank range during a robbery at a gas station. The suspected gunman and his accomplice are pictured outside the gas station 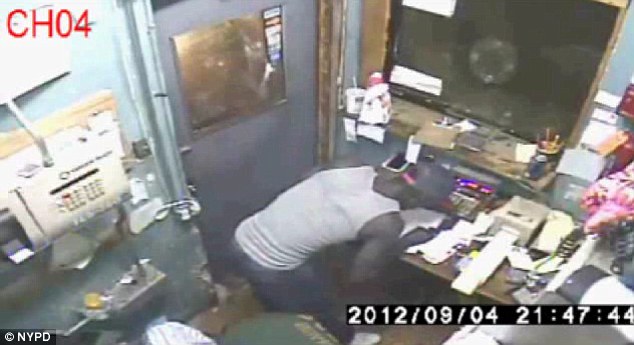 Hardworking: Lamin Sillah, 28, was working the night shift at the Bronx station to send money back to his family in Africa. He is pictured seconds before the gunman entered

A video released by detectives shows the moments leading up to the student’s death, as police try to trace the suspect.

The footage shows the thief and a lookout arrive on bikes to RC Petroleum at 9.40pm. Before going into the gas station, they robbed an attendant outside of $30.

The robber, wearing blue jeans and a blue NY Giants sweatshirt, then enters the station booth where Mr Sillah was working.

The video then shows the confrontation between the two men. 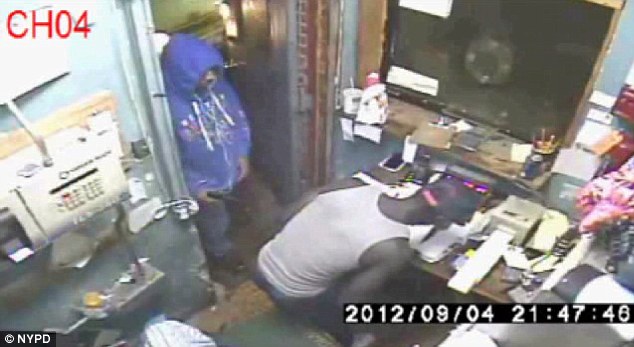 Attack: The gunman enters the station booth with his handgun clearly visible 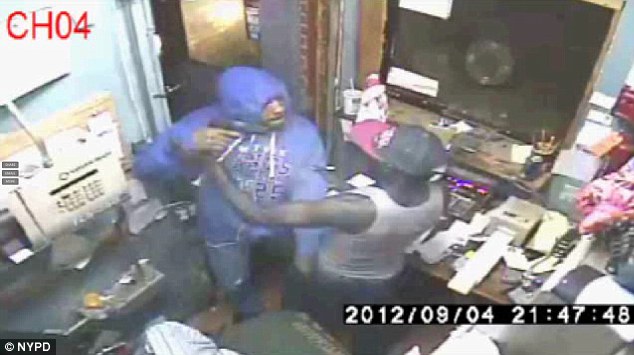 Worrying: As the two men confront each other, the gunman pulls the gun towards Mr Sillah’s face 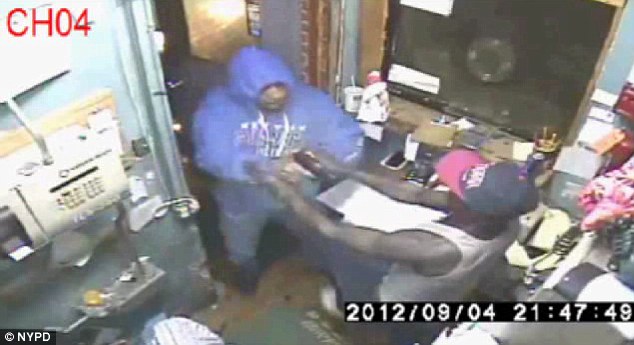 Murder: This is one of the last images of the video released by police. Moments after this image, the gunman shot Mr Sillah 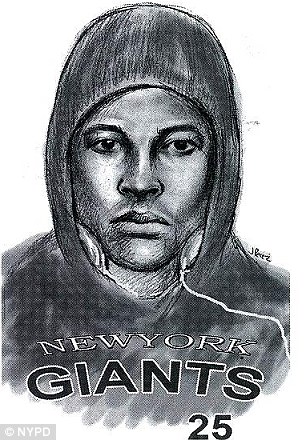 Wanted: Police have released this sketch of the suspected gunman

As they scuffle, the robber pushes the large black handgun towards Mr Sillah’s face.

But – as the video cuts out – the robber then shoots the student.

According to the New York Daily News, NYPD Commissioner Raymond Kelly said: ‘He shoots him. (Sillah) falls down. He shoots him again.’

Commissioner Kelly said following the shooting the robber goes through the pockets of Mr Sillah twice and drags the body out of the office.

It is believed Mr Sillah was 20 minutes away from the end of his shift when he was shot dead.

Money which he earned from the garage was used to send back home to new new wife.

He was studying business management at the New York Institute of English and Business after moving to the U.S. in November 2011.

His uncle, Alhagie Ebou Cham, said: ‘He was a hardworking boy who loved his education.’

He added that Mr Sillah wanted to be the very best accountant.

Police have now released a sketch of the suspect. They say he is a black male, aged 20 to 25, with a stocky build.

The man who was with him is described as being a thin black man, last seen in a white t-shirt.

Poker player wins fortune but casino refuses to pay him