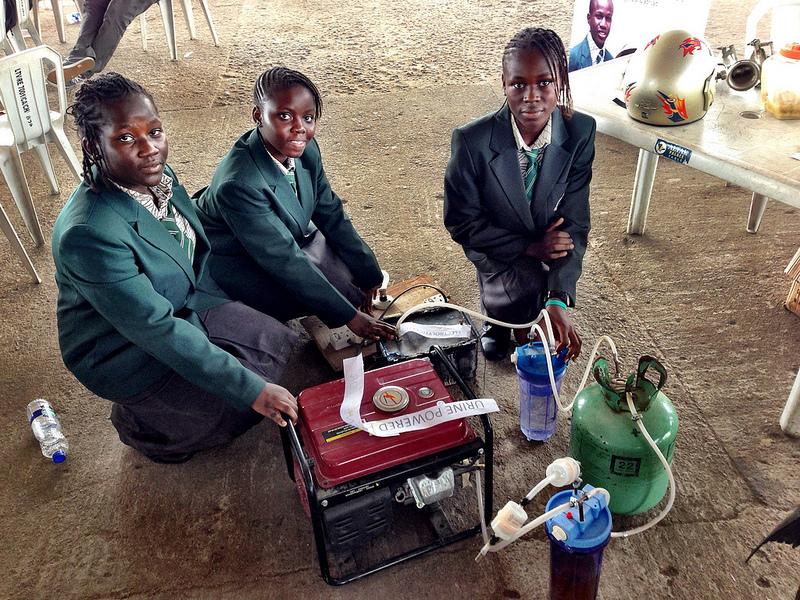 Three of the four girls with their ingenious invention. They created a method for using urine as fuel, with one liter of urine generating six hours of power. (Credit: makerfaireafrica.com)

Here’s some news from Africa that will be of interest to all of the people waiting in line for gas to use in their generators after Hurricane Sandy.

Four teenage girls figured out a way to use a liter of urine as fuel for generating six hours of electricity. Fourteen-year-olds Duro-Aina Adebola, Akindele Abiola, and Faleke Oluwatoyin, and 15-year-old Bello Eniola displayed their invention this week at Maker Faire Africa in Lagos, Nigeria, an annual event meant to showcase ingenuity.

Here’s how the urine-powered generator works, as explained by the blog on the makerfaireafrica.com website:

• Urine is put into an electrolytic cell, which separates out the hydrogen.

• The hydrogen goes into a water filter for purification, and then into a gas cylinder, which looks similar to the kind used for outdoor barbecue grills.

• The gas cylinder pushes the filtered hydrogen into another cylinder that contains liquid borax, in order to remove moisture from the gas. Borax is a natural mineral, commonly used in laundry detergent.

• The hydrogen is pushed into a power generator in the final step of the process.

The big drawback is that hydrogen poses an explosion risk. But the girls used one-way valves throughout the device as a safety measure. 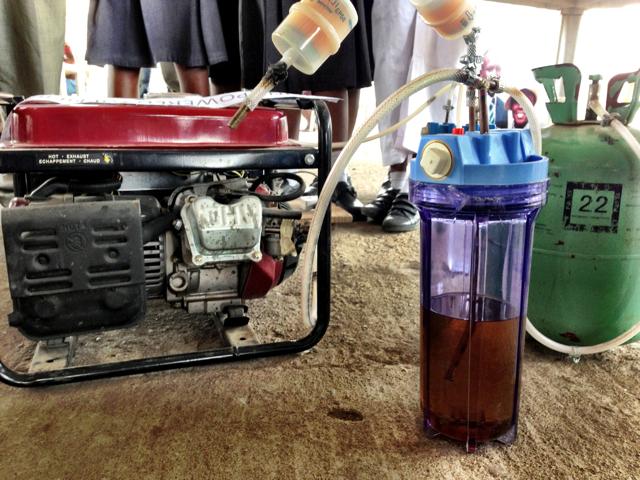 Once the urine is processed, purified hydrogen gas is pushed into the generator. (Credit: makerfaireafrica.com)

The idea of using urine as fuel is not entirely new. The girls have come up with a practical way to put the idea into action, though. Their method for using urine to power a generator is one the average household can appreciate.

Power generators are used far more often in Africa than here, where they are relegated more to emergency use, as in the aftermath of Hurricane Sandy.  The Maker Faire Africa blog says power outages happen multiple times a day in Lagos, so all those who can afford a backup generator have one.

But perhaps the girls’ idea can be applied beyond just power generators.

Gasoline-powered internal combustion engines can be converted relatively easily to run on hydrogen, which raises the question of whether there is potential for pee-powered cars in the future.

'First ever photo' featuring French field and dating from 1826

Senegal in danger: The view from the ground