A 400-pound woman who fell through a New York sidewalk claims that her size actually came to her rescue and that a slimmer woman may not have survived the accident.

Ulanda Williams, 32, of Queens, was attempting to shelter from the rain outside a restaurant on Manhattan’s Upper East Side on Friday night when the ground collapsed beneath her.

The six-foot-five woman fell about seven feet into a hollow basement, breaking her arm in two places and had to be rescued by the fire department with a crane. 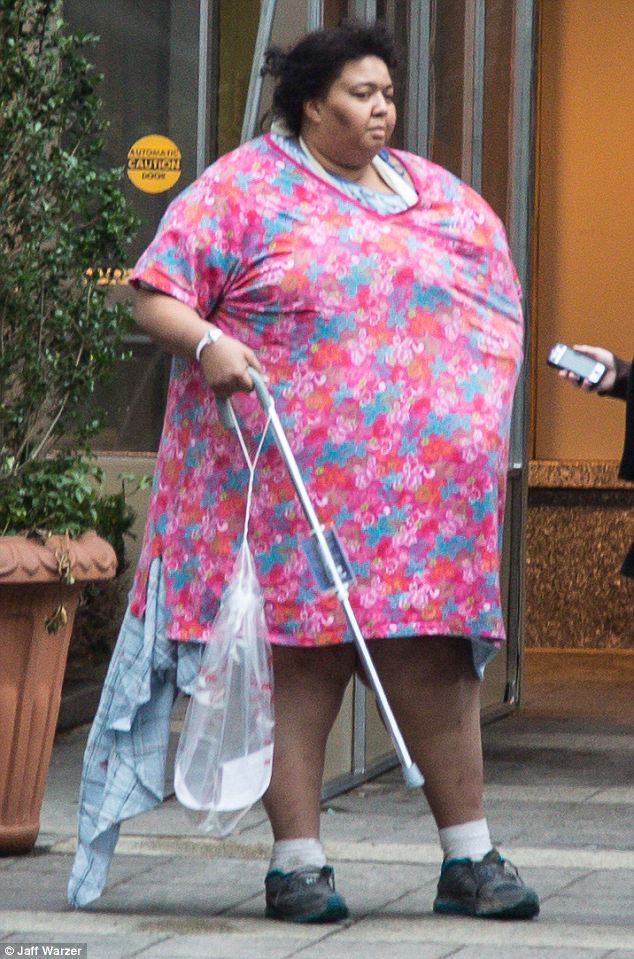 ‘My size was the only thing that saved me.’ Ulanda Williams, who weighs 400 pounds, fell through a New York sidewalk on Friday night

But after being released from hospital a bruised Williams told the New York Post: ‘Thank God, they said that my size was the only thing that saved me.’
The social worker, from Springfield Gardens, had cuts on her face and neck and was wearing an arm brace as she left NewYork-Presbyterian hospital.

Williams said there were no warning signs indicating any possible danger before her fall: ‘It happened so instantly that I didn’t even recognize anything.

‘Cement was all over me, debris. They had a bed frame down there, broken pipes and wood pieces. It was a hollow place,’ she told the Post. 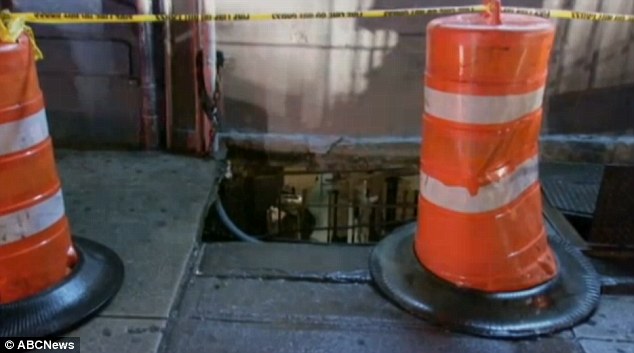 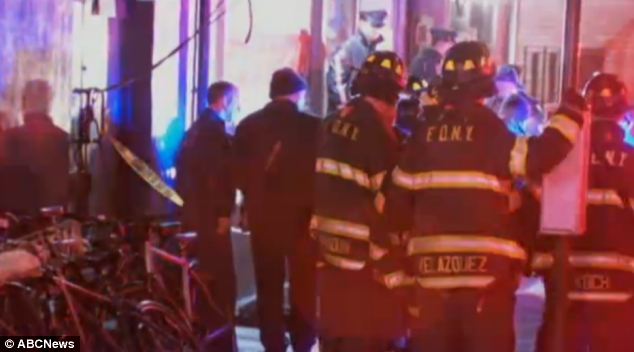 ‘I was standing there approximately ten seconds and when that occurred, I just fell right through,’ Williams said.
City Department of Buildings inspectors found that a four-by-six-foot section of sidewalk had collapsed into the basement.

Williams ended up in the deep cellar of the Atomic Wings restaurant on the corner of East 60th Street and 2nd Avenue
Emergency Medical Services and the Fire Department were called to the scene and the woman was eventually pulled out of the hole.
FDNY Fire Chief Thomas Jemmott said that the woman had to be pulled up in a ‘high-angle rescue unit,’ which resembles a crane with cargo netting.
‘She is a very large person, but we were able to secure her and stabilize her and lift her out of the hole,’ Jemmott told the Post. 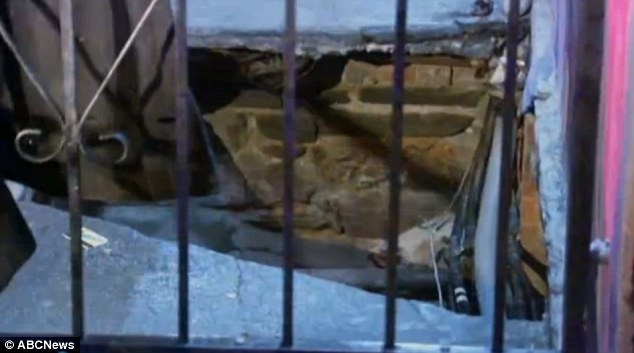 Williams fell seven foot into the basement of the Atomic Wings restaurant. Her subway card can be seen sitting beside the hole 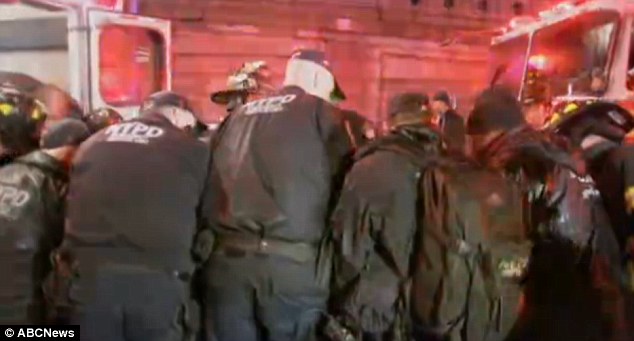 Authorities were able to fish Williams out of the basement with a ‘high angle rescue unit’, which resembles a crane with cargo netting 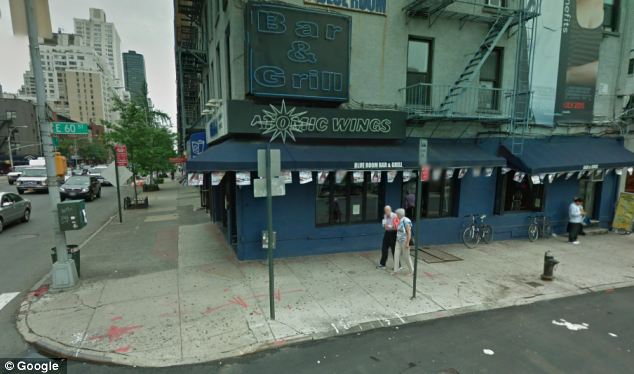 The incident happened outside the Atomic Wings restaurant at the Blue Room Grill on the corner of East 60th
Read more: http://www.dailymail.co.uk/news/article-2261845/Being-overweight-SAVED-life-400lb-woman-fell-NYC-sidewalk-claims-fall-killed-thinner-person.html#ixzz2Hu2Ur8oU