Now she is so addicted to working out that she has become a competitive body builder.

Lola, 43, said: ‘I can’t believe how much my life has changed. I went from eating takeaways every night to attending spin classes six times a week.

‘I feel so much healthier, and I absolutely love competing.

‘It’s strange because when you do the work you don’t immediately see the change in your body.
But then I won Most Improved in Miss Galaxy International – the UK’s first ever beauty and fitness pageant – and it spurred me on.’
After starting with spin classes, Lola became a dedicated gym bunny, concentrating on weight training and diet – she even has an impressive six pack as proof of her hard work.
Lola was forced to take control of her weight after an appointment at her local hospital. 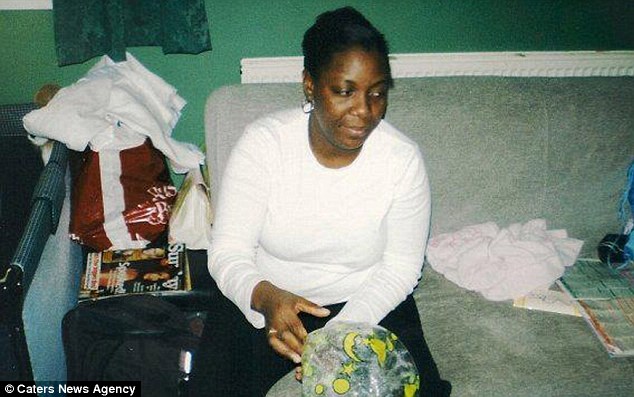 ‘I’d been in and out of hospital with gallstones and found out that I was going to need surgery to remove them.
‘I went to the doctor for a pre-surgery consultation when I was asked to jump on the scales.
‘I hated weighing myself anyway, but when I saw that I weighed almost 15st I was humiliated.
‘Then the the doctor looked up at me and said ‘Never mind, we’ll get you back to your fish and chips in no time.’
‘It was so embarrassing but it was the motivation I need to sort myself out, I knew right then and there that things need to change!’ 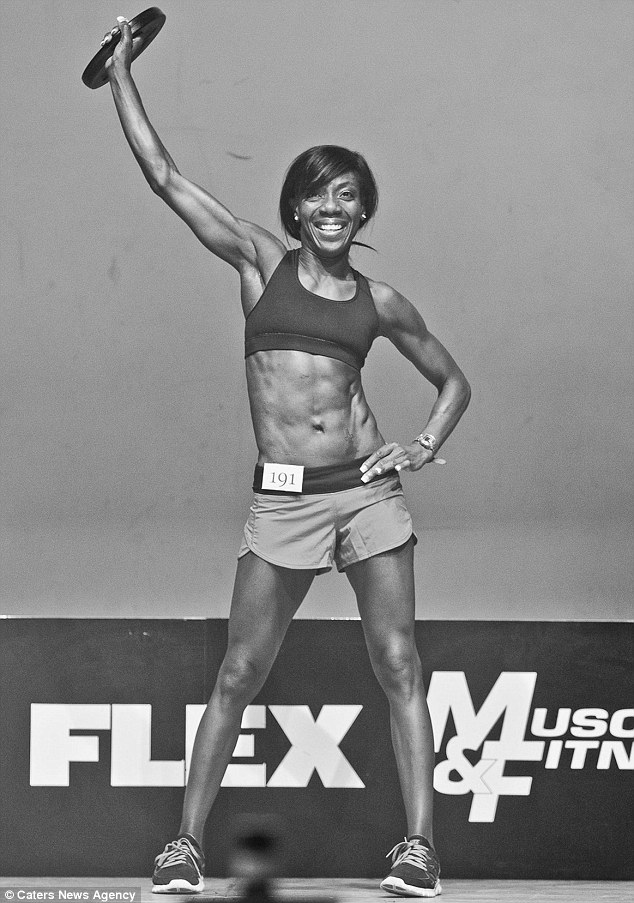 Lola vowed to start using the gym membership that she’d had for years, and two weeks after her surgery she finally attended her first class.
‘I had originally signed up to a legs, bums and tums class, but when I turned up I was the only one there.

‘When I tell my students how big I was before they don’t believe me. They can’t recognise me in pictures and are shocked at how I lost so much’

‘The instructor thought it was pointless to do a class on my own so she took me along to a spin class that was going on at the same time.
‘As soon as I got on the bike I loved it! The lively music and great energy in the room just had me hooked.

‘The music definitely helps you forget the pain you’re in too!’
In the space of just five months Lola had lost four dress sizes, going down from a size 20 to a size 12.

She was at the gym so much that she even began teaching classes there.
But Lola found she struggled to shift any more weight on exercise alone, and began a strict regime of clean eating to lose even more.
‘Clean eating is where you only eat complex carbohydrates, healthy fats, lean protein and about four litres of water every day. 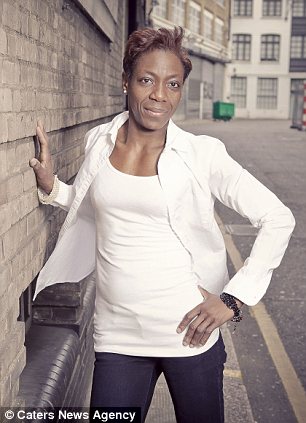 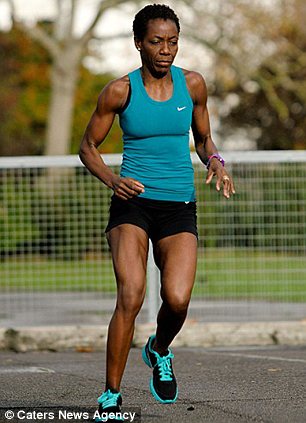 ‘It really worked for me and I lost even more weight.’
But unhappy with her now very slender frame, Lola began weight training to give more shape to her body.
‘When I was a size six I was so scrawny and just didn’t feel comfortable. I was too slim and scrawny and I couldn’t find any clothes to fit me.
‘I started weight training just to give me a few extra curves, but I ended up really enjoying it.
‘It meant I could eat even more too. I still keep to the clean eating diet, but I eat about 3,000 calories which includes seven small meals and four protein shakes. 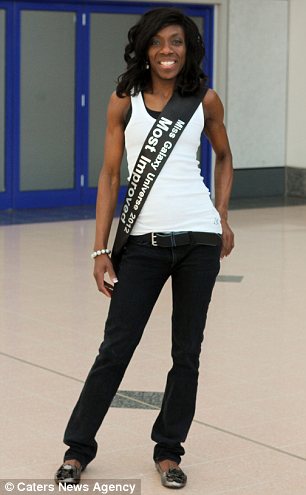 ‘Four months after I began weights my trainer suggested I should enter a competition. I love a challenge so I jumped at the chance.
‘I entered my first competition but I was told I needed time to build up my myself – so I took a break and this year I was ready to compete regularly.
‘I won my first title, Most Improved, at Miss Galaxy Universe in May this year.
‘It was incredible to be rewarded for all my hard work!
‘I was self-conscious about my muscles at first, I know some people might think it strange for a woman to be so muscular, but as soon as people started complimenting me on my hard work I wasn’t bothered at all.
‘I feel really proud of what I’ve managed to achieve.’

Lola now hopes teaching her own classes will inspire others to follow in her footsteps.

‘When I tell my students how big I was before they don’t believe me.
‘They can’t recognise me in pictures and are shocked at how I lost so much.
‘But I’m living proof that it can be done, and I get so proud when I see people who have used me as their inspiration.
‘I look back on what my life was like before and I don’t know how I let myself get into such bad shape.
‘People used to shout at me from across the street, and I was just dismissed as a fat girl.
‘Now I’m confident, happy and most importantly healthy. I’m planning on continuing my fit life, and I can’t for the next competition!’
Lola’s vital statistics