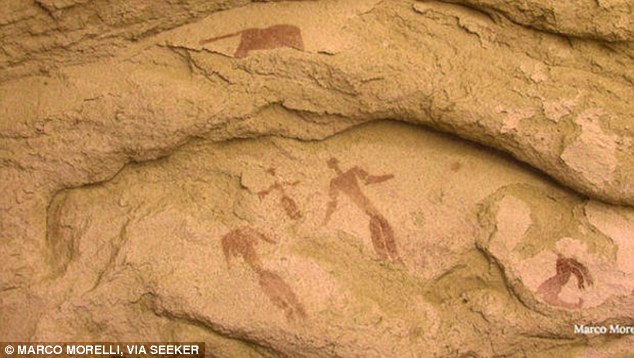 The reddish rock art found in a small cave within the Sahara desert, shows a mother and father stood over a newborn, with animals present and a star in the east

Italian researchers have discovered what might be the oldest nativity scene ever found — 5,000-year-old rock art that depicts a star in the east, a newborn between parents and two animals.

The scene, painted in reddish-brown ochre, was found on the ceiling of a small cavity in the Egyptian Sahara desert, during an expedition to sites between the Nile valley and the Gilf Kebir Plateau.

“It’s a very evocative scene which indeed resembles the Christmas nativity. But it predates it by some 3,000 years,” geologist Marco Morelli, director of the Museum of Planetary Sciences in Prato, near Florence, Italy, told Seeker.

Morelli found the cave drawing in 2005, but only now his team has decided to reveal the amazing find. 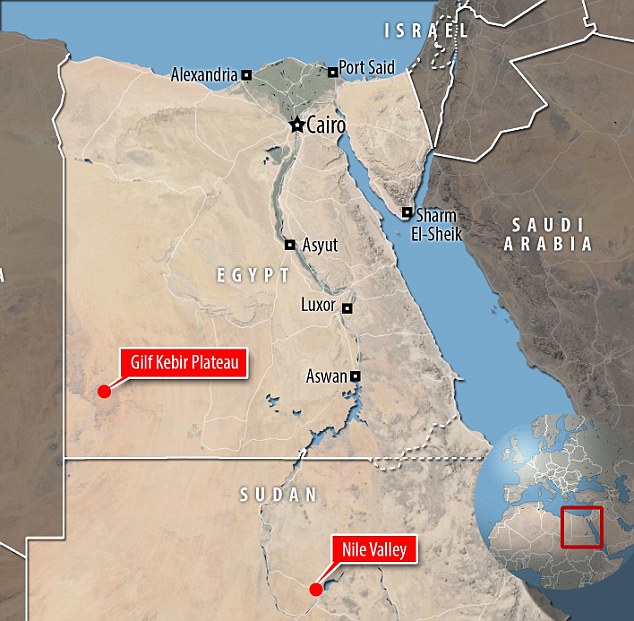 “The discovery has several implications as it raises new questions on the iconography of one of the more powerful Christian symbols,” Morelli said.

The scene features a man, a woman missing the head because of a painting detachment, and a baby.

“It could have been interpreted as a normal depiction of a family, with the baby between the parents, but other details make this drawing unique,” Morelli said.

He noted the newborn is drawn slightly above, as if raising to the sky. Such position, with the baby not yet between the parents, would have meant a birth or a pregnancy.

“As death was associated to Earth in contemporary rock art from the same area, it is likely that birth was linked to the sky,” Morelli said.

The scene becomes more symbolically complex if the other figures, two animals and a small circular feature, are taken into consideration.

On the upper part is a headless lion, a mythical beast which appears in several rock art drawings from the same area, while below in the scene a baboon or an anthropomorphic monkey can be seen.

In the east, the Neolithic artist drawn what appears to be star.

The researchers called the site the “Cave of the Parents.”