A six-year-old boy who was killed by an intruder high on marijuana had been trying to save his sister from the attacker, a court heard yesterday.

Dominick Andujar was allegedly stabbed to death by Osvaldo Rivera, 31, who has also accused of slashing the throat of the boy’s 12-year-old sister.

Rivera allegedly slashed the throat of the girl, who has also made an allegation of rape against him following the attack at their home in Camden, New Jersey, on Sunday night. 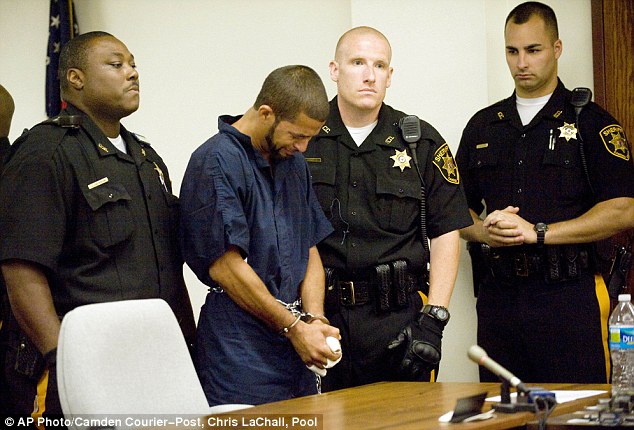 Accused: Osvaldo Rivera, who wept in court on Tuesday, admitted to being high on drugs when he allegedly attacked the two children, killing one of them

The girl, whose condition in hospital has been upgraded from critical to stable, also alleged that Rivera raped her during the attack.

Rivera, who admitted in court to having smoked a ‘wet’ combination of marijuana and PCP before the killing, has yet to be charged with sexual assault.

The alleged attack wept in court during an appearance on Tuesday, where bail was set at $5m.

During an interrogation, Rivera had asked: ‘How bad did I hurt them?’ assistant prosecutor Christine Shah said during the hearing.

Authorities have since interviewed the girl, 12, whose windpipe had been slashed during the attack at around 2.30am on Sunday morning. 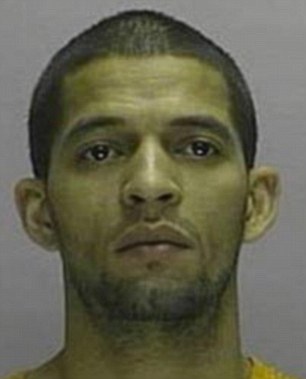 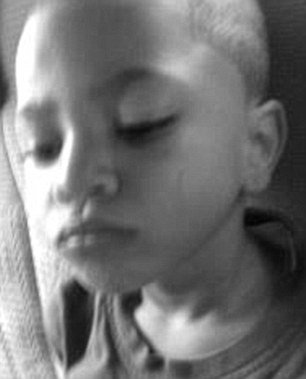 Rivera, 31, admitted to being high on a ‘wet’ combination of marijuana and PCP when he stabbed and killed Dominick Andujar, right

Police say the attacker broke into the children’s house and stole into an upstairs bedroom, where he savaged the two children.

After she was attacked, the girl ran through her neighborhood screaming for help – her throat cut open and bleeding profusely.

Both children had been sleeping downstairs when the assault began, police said.

Rivera, who did not enter a plea, is charged with murder and attempted murder, but prosecutors said more charges will be filed.

Authorities said he had a drug arrest in 2009 but no other convictions. He did not yet have an attorney Tuesday.

The 12-year-old was able to help police track down the attacker by identifying him as what sounded like ‘Poppy.’ Investigators learned Rivera was known by the nickname ‘Popeye’ and had spent nights at an apartment in the area of the city.

Police found him hiding between a mattress and bedroom wall in the apartment. They said they also found blood-stained sneakers that matched bloody footprints in the home where the children were assaulted.

The children were being watched by a 14-year-old girl, authorities said. The teen, who was unharmed, was caring for them because their mother recently underwent surgery and was still in the hospital. 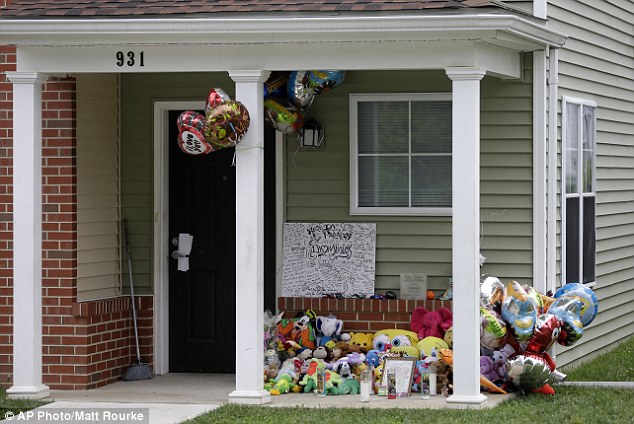 Memorial: Mourners leave cuddly toys outside the house in Camden where Dominick Andujar died at the weekend 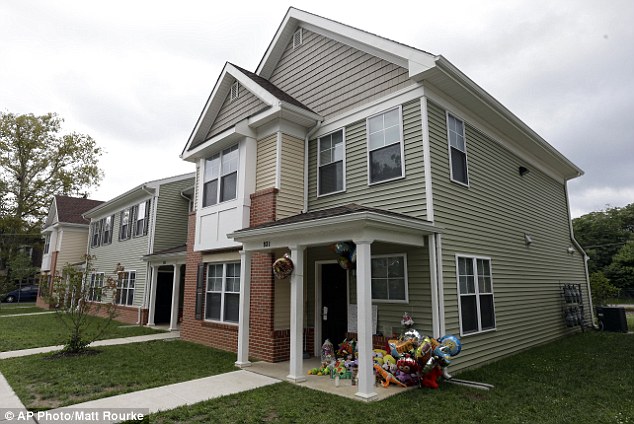 Killing: Rivera is said to have entered the house in Camden through an upstairs bedroom before the carrying out the double knife attack

Authorities said they are analyzing batches of wet from Camden to see if it has been tampered with or if there is something chemically different about the wet now on the streets of Camden, a city across the river from Philadelphia that continually ranks as one of the nation’s most dangerous.

In a recent incident, authorities believe Chevonne Thomas was high on ‘wet’ when she beheaded her two-year-old son Zahree on August 22 in Camden.

Thomas had a history of substance abuse and mental health disorders, according to the Department of Children and Families. 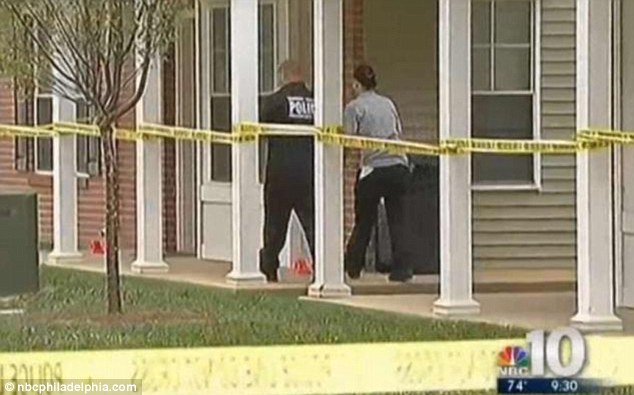 Shocking: The attack deeply shook resident of Camden, New Jersey, the murder capital of the nation 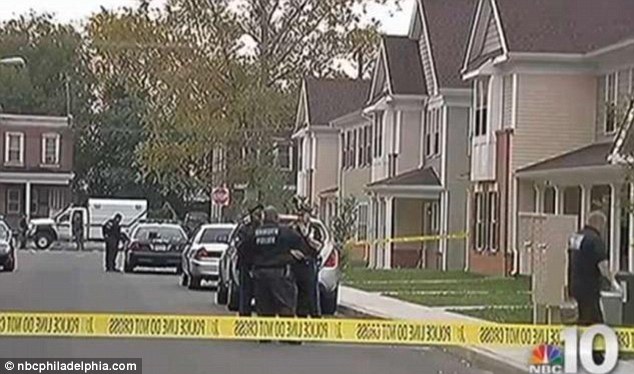 Horrific: The 12-year-old ran door to door in her neighborhood screaming for help after she had her throat cut

After the attack early Sunday morning, the 12-year-old ran out of the house and began pounding on doors, screaming for help.

She banged on several doors until neighbor Nakyta McCray woke up and found her, barely alive.

‘I went to the house and saw her sitting there with her throat cut open and barely breathing,’ she told ABC Philadelphia.

Even gravely injured, the girl was able to identify her attacker, authorities said.