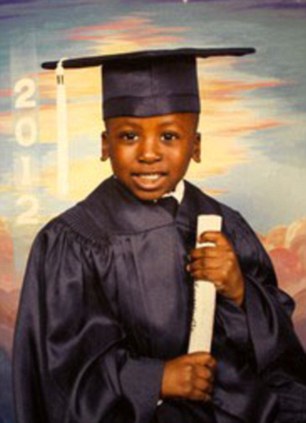 ‘Sweet’: Schoolboy Amar Diarrosova, six, was hit on a crosswalk a block from his school in Manhattan while the crossing guard was taking a break

A six-year-old boy died after being knocked down by a truck as he crossed a busy intersection just one block from his school while the crossing guard was on a break.
Amar Diarrosova was walking to school with his older brother in East Harlem, Manhattan, yesterday morning when he was hit by the trailer of the truck as he crossed First Avenue.
The crossing guard tasked with monitoring the spot was on a bathrooom break when the ‘sweet’ schoolboy was hit by the vehicle turning right onto the avenue from 117th Street, police in New York said.

Amar and his nine-year-old brother were just one block from P.S.155 William Paca when the little boy was struck by the trailer of the truck, according to an NBC News report.
Amar was taken to Harlem Hospital, where he was pronounced dead. The older boy was unharmed.
Officials told NBC 4 New York that the 55-year-old crossing guard, named as Flavia Roman, was allowed the short personal break, but did not note it in her memo book. She is understood to have been suspended from her post for 30 days without pay.

The driver of the McLane Foodservice Distribution truck was cited for failure to yield and failure to exercise due care, said police.
Amar’s parents were too distraught to talk to reporters, saying only that their older boy was ‘OK, thank you’ when asked how his brother was after the accident.
Maya Toure, a family friend, said Amar was a ‘sweet boy’ who loved school and ‘prayed a lot’.
City Councilwoman Melissa Mark Viverito questioned whether there are sufficient crossing guards in place at the busy intersection to keep children safe in the wake of the tragedy.
‘People have to take breaks,’ she said.

‘People are working and they’re out on the street and they have to do what they have to do. But if there’s any way we can create of look at whether there’s any plans to make sure there’s coverage if the person has to step away for any reason.’ 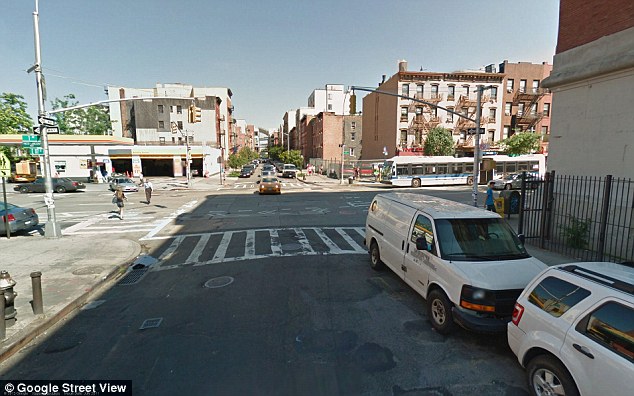 Tragedy: The six-year-old was hit by the trailer of a truck as he and his brother crossed the road a block from their school in East Harlem

The firm that owns the truck has launched an investigation into the incident, said a report on CBS.
‘Our deepest sympathies, thoughts and prayers go out to Amar’s family, friends and schoolmates,’ said company spokesman Stefan Friedman in a statement.

‘We have launched an internal investigation into this tragedy and are fully cooperating with the NYPD and all appropriate authorities.’
Read more: http://www.dailymail.co.uk/news/article-2286659/Amar-Diarrosova-Tragedy-year-old-boy-killed-hit-car-crossing-guard-bathroom-break.html#ixzz2MQLos4p8