A 64-year-old Tennessee woman has been charged with striking the pastor of her church on the head with a Bible during a power struggle within the congregation that turned into a brawl.

Police arrested Ina Garrett for the alleged Bible-thumping of Reverend Leon Taylor, who heads the Mount Zion Baptist Church in Selmer – a town of nearly 4,400 located 100 miles east of Memphis.

According to a court complaint cited by The Smoking Gun, McNairy County Sheriff’s Department deputies were called to the church in late May to deal with a ‘lady that was unwanted.’ 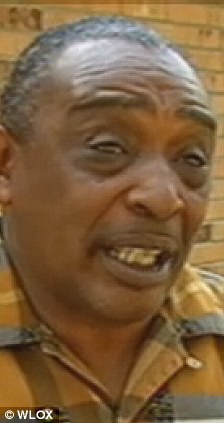 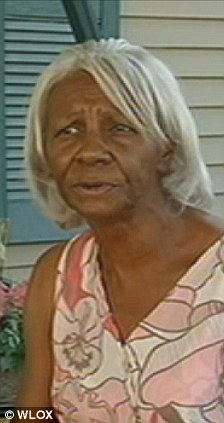 Holy war: Ina Garrett, right, has been charged with assault for allegedly striking Reverend Leon Taylor, left, on the head with the Good Book during a dispute 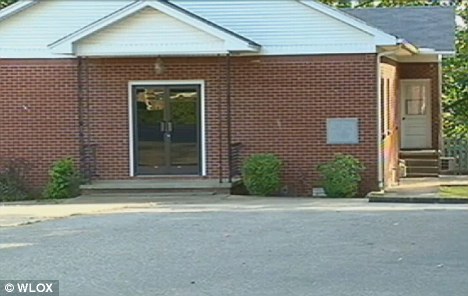 Brawl scene: The altercation took place in May inside the 30-member Mount Zion Baptist Church in Selmer, Tennessee

Taylor told investigators that Garrett had been voted out of the church amid an ongoing dispute.

During the confrontation, ‘Miss Garrett took her Bible and threw it at Mr Taylor, hitting him in the face,’ the complaint states.

Taylor then allegedly tried to hit Garrett, but did not make contact.

In an interview with the TV station WLOX , Garrett said of Taylor, ‘He’s got the demon in him,’ and explained that she struck him to knock the evil spirit out of him. 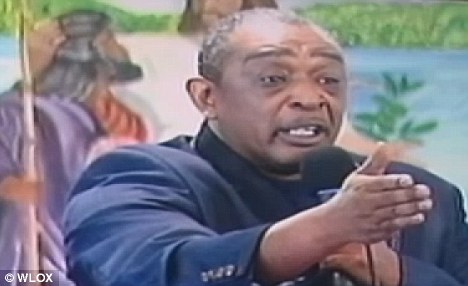 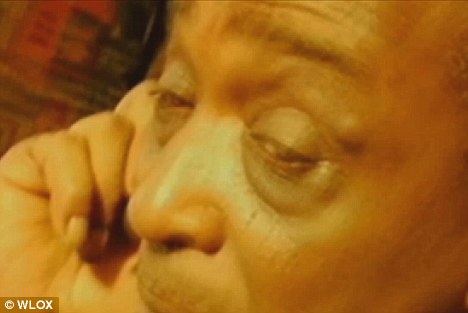 Evidence: Taylor claimed that the welts on his face resulted from the May Bible-thumping

The May 20 incident was the culmination of a months-long struggle within the 30-member church that began shortly after Taylor was chosen to lead the congregation.

Deacon Robert Shumpert, Mrs Garrett and other members, some of whom have been members of the small church for 65 years, said they decided they did not like Taylor and wanted to oust him.

‘Bullying is bullying and that’s what they have done,’ Taylor said, referring to the organizers of the failed church coup. 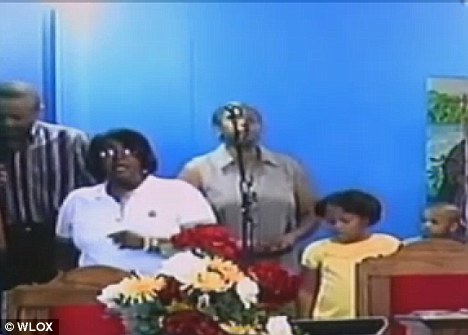 Defiant: Despite the ugly incident, Reverend Taylor said he is not planning to leave the Mount Zion church

The pastor said Garrett and several others were disruptive during a service, and he asked them to leave. The heated exchange was caught on camera.

McNairy County Sheriff Guy Buck arrived on the scene and tried to reason with the mutinous churchgoers.

Sometime later, Buck said Garrett picked up a Bible to thumped Taylor on the head, which resulted in her arrest on a misdemeanor charge.

Meanwhile, Reverend Taylor said he has no plans to give up his post as the head of the divided Mount Zion congregation.