Prosecutors have opened the murder trial of a Philadelphia abortion provider by telling jurors he routinely forced women who came to him into labor and then killed their babies.

Dr. Kermit Gosnell faces the death penalty if convicted of first-degree murder in the deaths of seven infants allegedly born alive at his clinic. Authorities say he would sever their spines with scissors.
A pregnant refugee, Karnamaya Mongar, also died after being given too much anesthesia and pain medication during a 2009 abortion at his West Philadelphia clinic.

Assistant District Attorney Joanne Pescatore said that evidence would show that Gosnell, 72, was a ‘wolf in sheep’s clothing’ who ‘used and abused desperate women’. 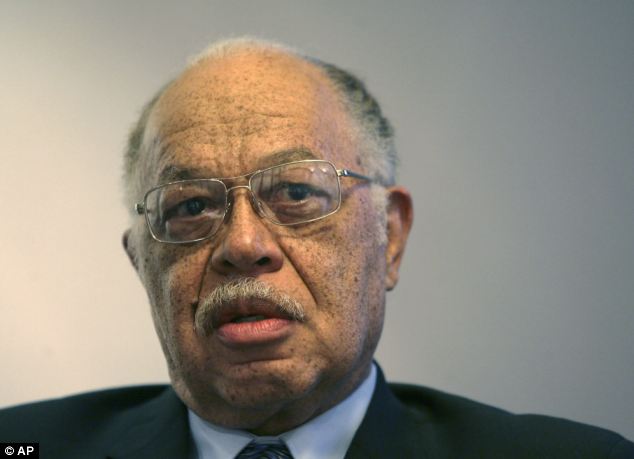 Charged: Dr. Kermit Gosnell, a Philadelphia abortion doctor, is accused of killing seven babies that were born alive. The opening statements in his trial began on Monday

She said he preyed on vulnerable women who were often seeking abortions later than the 24th week, after which abortions are illegal in Pennsylvania.

‘The standard practice here was to slay babies,’ Pescatore said. ‘This is not a case about abortion… This is a case about murder.’
Pescatore says the unlicensed, untrained employees who helped carry out the gruesome procedures were equally desperate because they needed work.
She says investigators found $250,000 in cash at Gosnell’s home in 2010, proof of the money he made from the abortion and pain clinic.
But in his own statements, Gosnell’s lawyer, Jack McMahon, accused officials of ‘an elitist, racist prosecution’ against his black client. 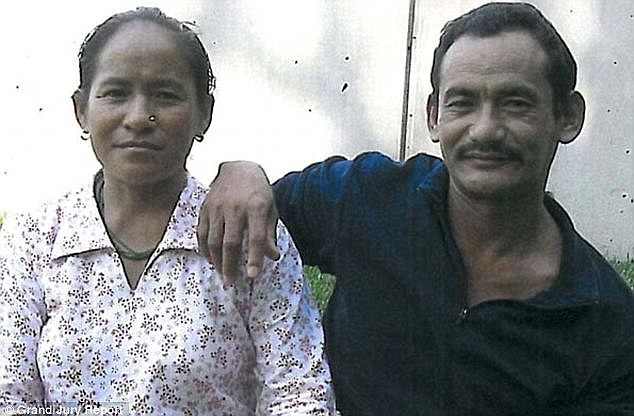 Death: Karnamaya Mongar, pictured with her husband, died at Dr Gosnell’s clinic in 2009


‘This is a targeted, elitist and racist prosecution of a doctor who’s done nothing but give (back) to the poor and the people of West Philadelphia,’ McMahon said. ‘It’s a prosecutorial lynching of Dr. Kermit Gosnell.’
Gosnell has pleaded not guilty. Eight clinic workers charged with him have pleaded guilty, including his wife, a beautician accused of helping him perform stealth third-term abortions on Sundays.

Gosnell set out to offer women safe, legal abortions in the 1970s, but that’s far from what drug investigators say they found inside his West Philadelphia clinic in 2010.
By then, Gosnell had gone years without health department inspections, perhaps because state officials preferred a hands-off approach to a political misstep in the abortion quagmire. 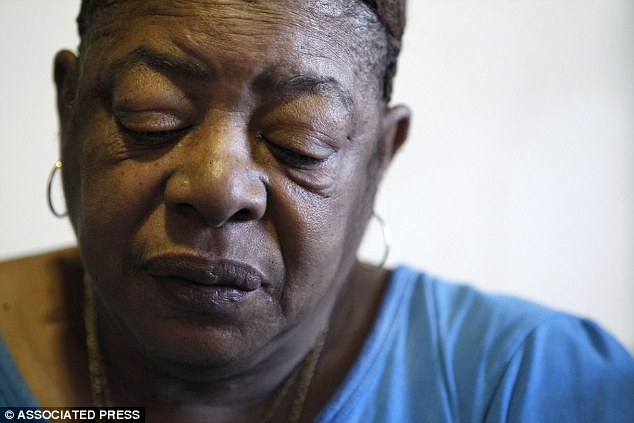 Victims: Gosnell is accused of killing Marie Smith, the daughter of Johnnie Mae Smith (pictured), after a botched abortion

The result, according to a grand jury report, is that Gosnell’s patients received the equivalent of the back-alley abortions that advocates of legalized abortion had hoped to eradicate.

The devastating 2011 grand jury report describes nearly unfathomable conditions: fetal body parts stored in glass jars and staff refrigerators; filthy, blood-stained operating areas; women and teens maimed after Gosnell perforated a uterus or colon.
‘Anybody walking into that clinic should have known immediately that it should have been shut down,’ said Bernard Smalley, a lawyer for the family of Karnamaya Mongar.
Philadelphia prosecutors accuse state and local authorities of turning a blind eye to laws requiring regular inspections. And they say the occasional complaints that trickled in, one after an earlier patient death, went nowhere. 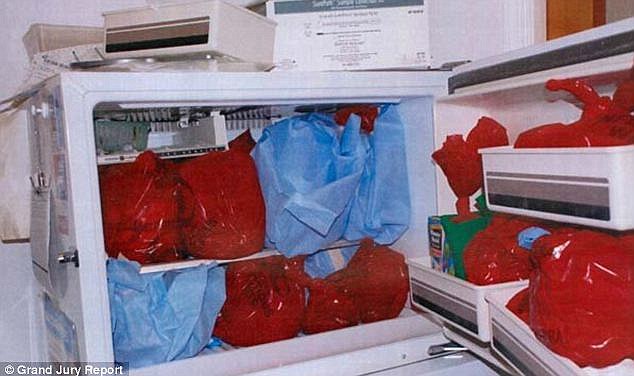 House of horrors: A grand jury image shows what police claim are bags of body parts at the practice

The case drew national attention and prompted state lawmakers to tighten clinic regulations. Pennsylvania abortion clinics now have to meet the same standards of care required by ambulatory surgical facilities, and other states are also adopting that rule.

Planned Parenthood and other providers complain that the cost of updating facilities to meet ambulatory clinic rules can be prohibitive and further restricts women’s access to abortions.

Pennsylvania already required parental or judicial consent for minors, a 24-hour waiting period and a ban on abortions after 24 weeks gestation.

Mongar had fled Bhutan and spent 19 years in refugee camps, some in Nepal, before arriving in the U.S. in 2008 with her husband and three children. 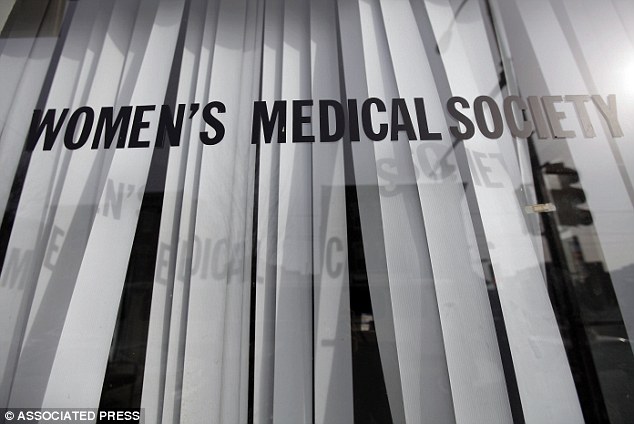 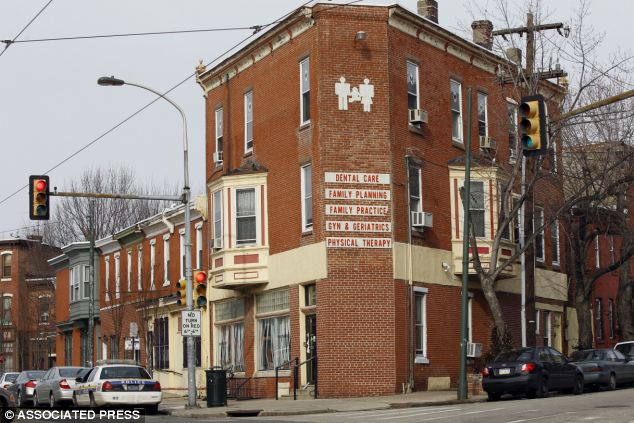 Scene: A police car is seen outside the the Women’s Medical Society in 2011 following Gosnell’s arrest

When she discovered she was pregnant, she went to a clinic in Virginia, where she lived, but was referred to Gosnell because she was in her second trimester. She was 19 weeks pregnant when her adult daughter brought her to Gosnell’s Women’s Medical Center.

The thin, 4-foot-11 Mongar, who spoke no English, was allegedly given a lethal dose of Demerol and other drugs before Gosnell, the only licensed doctor on staff, ever arrived.

Gosnell earned kudos by returning to the area after medical school, when he could have set up shop in the suburbs. He worked out of a storefront he bought in the run-down Mantua section.

But Gosnell came to operate under the radar, relying on unlicensed medical school graduates, untrained clerical staff and even a teen working after school to administer anesthesia and help perform abortions, usually on poor and immigrant women paying a few hundred dollars in cash.
Read more: http://www.dailymail.co.uk/news/article-2295433/Dr-Kermit-Gosnell-Prosecutors-say-House-Horrors-abortion-doctor-used-abused-desperate-women-arguments-begin-trial-deaths.html#ixzz2NwF1Cm1N