Abraham Lincoln is remembered by some as a thoughtful, often cautious leader. But in late 1861 he began to develop a plan that, even during that most unusual of times, was audacious in the extreme: the federal government would buy out Delaware’s entire slave population.

In November 1861 he drafted legislation that he hoped would be introduced in the legislature of Delaware, the smallest of the slave states — and a slave state loyal to the Union. “Be it enacted by the State of Delaware,” Lincoln’s draft began, “that on condition the United States of America will, at the present session of Congress, engage by law to pay . . . in the six per cent bonds of the said United States, the sum of seven hundred and nineteen thousand and two hundred dollars, in five equal annual installments, there shall be neither slavery nor involuntary servitude, at any time after the first day of January in the year of our Lord one thousand, eight hundred and sixty-seven, within the said State of Delaware.” An alternative version of Lincoln’s text would have extended the phase-out of slavery in Delaware over 30 years.

The plan might sound outlandish, but it was wholly within Lincoln’s often misunderstood anti-slavery position. The conventional view today holds that Lincoln’s abolitionist sympathies evolved over time. But the real evolution wasn’t in his opposition to slavery per se, but in his thinking on how to bring about its end. Unlike some of his firebrand anti-slavery colleagues, he understood that any plan for blanket abolition would tear the country apart; indeed, he was proven right when the mere fear of such a plan drove 11 Southern states to secede.

Rather, Lincoln, like many in his party, believed that the only workable solution short of violence was to restrict slavery gradually — hence his position, during the 1860 campaign, that slavery remain legal in the South but not be allowed into any new territories or states. The Delaware plan, though never enacted, demonstrates how his thinking was evolving once in office; by the end of 1862, it would flower as the Emancipation Proclamation.

Lincoln’s plan was bigger than Delaware, of course. He hoped that, if the state successfully implemented his plan, it would prove attractive to the other border states and, maybe, even weaken the Confederacy. Lincoln predicted to his friend David Davis that “if Congress will pass a law authorizing the issue of bonds for the payment of the emancipated Negroes in the border states, Delaware, Maryland, Kentucky, and Missouri will accept the terms.” 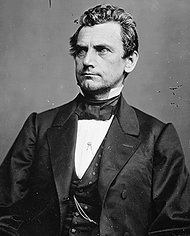 Why Delaware? For one, it was manageable: by 1861 its slave population had shrunk to fewer than 1,800. He also figured he could lean on Delaware Congressmen George P. Fisher and Benjamin Burton, who were friends of the administration — and the state’s two largest slave owners.

And just to make sure that Republicans in Congress would be ready to take fast action in response to the Delaware request, Lincoln inserted some crafty lines in his annual message to Congress, which he delivered in early December 1861. After making reference to the “contraband” slaves who had crossed Union lines, Lincoln wrote that some process ought to be adopted to liberate them. Then he continued; it was “not impossible,” he wrote, “that some of the States will pass similar enactments for their own benefit respectively.”

But his hopes for the Delaware venture came to naught; his plan was rejected by the state house of representatives in February 1862 by a margin of one vote. Then the legislature worsened the situation by passing a declaration that if “the people of Delaware desire to abolish slavery within her borders, they will do so in their own way” and that “any interference from without, and all suggestions of saving expense to the people . . . are improper.”

Though Lincoln’s hopes for the Delaware plan were dashed, the experiment continued in the early months of 1862. In March, the president would send to Congress an unprecedented bill that put the offer of federal money for the liberation of slaves directly on the table. Republicans passed it over Democratic opposition, which declared the concept “taxes to buy Negroes.”

Lincoln persisted. But when the offer of money made no impression on slave-owners, the president decided to radicalize his grand design. He started writing a draft of the Emancipation Proclamation.

MLK Conspiratus (Documentary on the assassination of Dr. King)