You know that Acura commercial with Jerry Seinfeld and Jay Leno that aired during the Super Bowl — well, we got hold of the casting call document, and they were very specific/exclusionary about their dream African American car dealer. 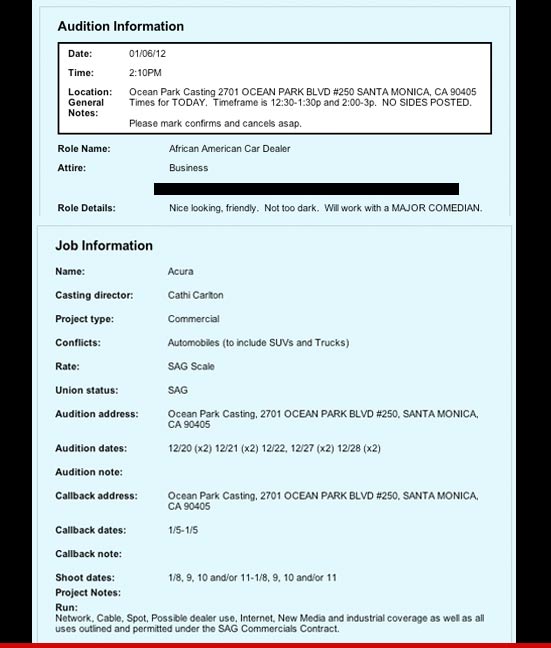 We just got hold of the document from an African American actor who didn’t fit the profile, and who’s pissed.

We made lots of calls, trying to find out why “dark” African Americans weren’t right for the role.  Someone associated with casting the commercial tells us … one of the reasons for the “not too dark” restriction was because lighting and special effects would get tricky.

We made calls to Acura but no one got back to us.

Acura just apologized for the wording in the casting call document — claiming, “We apologize to anyone offended by the language.”