BY TYLER O’NEIL , CP REPORTER     October 14, 2013|8:34 pm
WASHINGTON – An African American pastor blamed the Civil Rights Movement for the weakened state of the black family and agreed with Christian social science experts that a re-emphasis on family will empower the black population.
Due to the Civil Rights Movement, African Americans “went in one election cycle from being 95% Republican to 70 to 80 percent Democrat – from that point, blacks began to change their mentality from the provision of God and the church to the provision of government,” Bishop Wellington Boone, a church leader and bestselling author, said. He spoke at the conservative Heritage Foundation on Thursday as part of the Coalition of African American Pastors’ Leadership Conference.
After describing a social system where pastors encouraged men to provide for their families and churches stepped in to help the poor, Boone blamed the Civil Rights Movement for separating the family from the church and weakening the commitment of black men and women to each other. “The Civil Rights Movement led those same people from the steps of the altars to the steps of the Federal Government,” he declared.
When marriages break up, “social cost runs high, government increases, and social mobility declines,” Ryan Anderson, William E. Simon fellow in Religion and a Free Society at the Heritage Foundation, explained.
Anderson did not fully explain the link between family decline and increase in the size and scope of government, but he quoted then-Senator Barack Obama’s words, “We know the statistics – that children who grow up without a father are five times more likely to live in poverty and commit crime, nine times more likely to drop out of schools, and 20 times more likely to end up in prison.”
The Heritage scholar hailed the church as “the second institution of social justice,” second to the family, and argued that both are under attack from the government. He mentioned Catholic and Evangelical adoption agencies that have been forced out of business by laws requiring them to place children with same-sex couples. 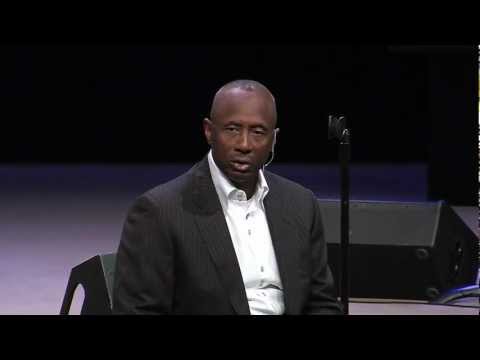 “On every single outcome measured, those raised in families do best,” Pat Fagan, senior fellow and director of the Family Research Council’s Marriage and Religion Research Institute, declared. He referred to federal government data supporting the argument that those raised in stable, two parent families perform the best on standardized tests, tend to rise in the economy, and maintain psychological health. Those raised in families that worship weekly have an even higher chance of doing well, he argued.
Nevertheless, according to the 2012 Index of Belonging, only 45 percent of American kids still have a married mom and dad by age 17, Fagan explained. For the African American Family, that number drops to 16.8 percent. The Asian American Family has an even lower number, and the numbers are going down across the board.
Fagan suggested that the church use this social science data to show how “man thrives most in the two great loves – the love of God and love of your neighbor, the closest of which is your spouse and children.”
Brian Brown, president of the National Organization for Marriage, argued that the decline in family structure, while significant, is not inevitable. “People have worked for these things – this is not simply the forces of history,” Brown argued. “Those who want to control history have worked tirelessly.”
He claimed that family breakdown follows from the ideological attack on the family – from the idea that marriage is about adult desires and not primarily about children’s needs, and from the idea that men and women are not fundamentally different. When the law changes the definition of marriage, it will enforce the idea that “fathers are replaceable and unnecessary,” Fagan argued.
Anderson agreed. “There’s no such thing as parenting,” he declared, “there’s mothering and there’s fathering.” Boys without fathers have no model of controlled manhood, and are more likely to commit crimes, the Heritage scholar claimed. He also emphasized the importance of a father in scaring away bad boyfriends who might hurt their daughters.
Despite the negative effects of America’s fractured family life, Bishop Boone argued that hope comes from within the church. “If you revive the church you awaken the world,” he proclaimed.

70 percent of black children can't swim: Prior to Civil War, more blacks than whites could swim