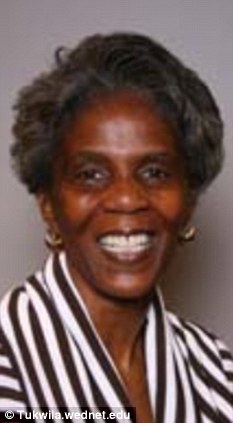 An African-American school administrator has resigned because of an ongoing investigation into complaints that she made racist remarks to black staff.

Two staff members at Showalter Middle School alleged that Burke referred to them as ‘slaves’ while another employee said she criticized him for turning the district into a ‘ghetto’ by hiring too many black staff.

The accusers range from vice principals to teachers to dispatchers in the Tukwila School District, south of Seattle, Washington.

J.D.Hill, the school district’s athletic and activities director, complained that Burke criticized him for hiring too many black people and said he was ‘making the district look too black’ and turning her district into a ‘ghetto.’ 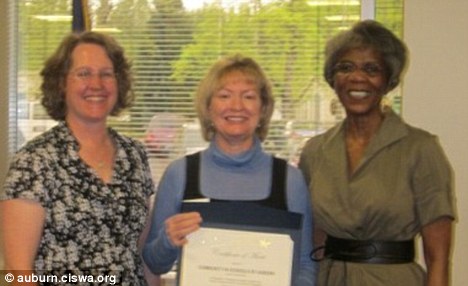 ‘When I walked in her office, she said, “Hey, J-Dark,”‘ said Hill. ‘J-Dark was my nickname, my pet name for months, in a professional environment.’

‘She said to me you have to stop being a big, black man scaring our white drivers,’ Fells, a driver trainer and dispatcher, told King5.com. ‘And it numbed me.’

And a group of female employees claims Burke referred to them as slaves.

‘I was pissed,’ said Marva Harris, a school security officer.

‘I couldn’t believe my ears she would refer to professional African-American women as slaves,’ added teacher Sandra Goins. 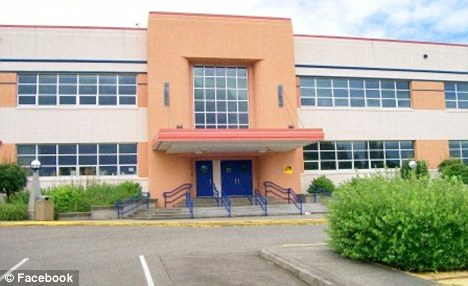 Claims: Two staff members at Showalter Middle School, pictured, alleged that Burke referred to them as ‘slaves’ while another employee said she criticized him for turning the district into a ‘ghetto’ by hiring too many black people

The school employees say Burke’s race made them pause before filing the complaint.

‘If she wasn’t a person of color, me personally, I would have gone after her long before now,’ said bus driver Ritchie Coleman.

After her resignation Burke said in a statement: ‘As an African-American woman, born in a charity hospital in New Orleans, I learned at an early age what it’s like to be the victim of discrimination.’

After the Tukwila School Board rejected the accusations the staff filed complaints with the U.S. Equal Employment Opportunity Commission, where an investigation is still ongoing.

Burke stepped down on June 30 saying the complaints have taken a toll on her and her family.

Meet Bina48, the robot who can tell jokes, recite poetry and mimics mankind with startling ease