A Cavaillon was sentenced Friday for trafficking in human beings on a young Ivorian 14 years. The teenager, bought 4500 euros, did housework and kept his children.

For purchasing a teenager in Côte d’Ivoire, for less than 4500 euros, and have enslaved, Seke Leandre Ouata was sentenced Friday to 18 months in prison, six months in prison. This 25 year old man, residing in Cavaillon, was found guilty of “trafficking in human beings, violence worsened, undeclared work and unauthorized entry, movement and residence.” But his sentence being covered by his detention, it was found free of the criminal court of Avignon. He must also pay 5,000 euros in damages to the General Council of Vaucluse , ad hoc agent of Charlotte, the young victim. 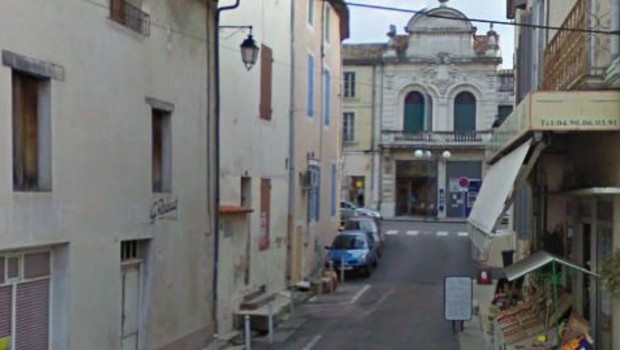 The teen explained that she had come to France to serve a couple residing in Cavaillon. / Credits: Google Map / DR

The scandal erupted on February 13. That day, Charlotte comes to the Cavaillon police station and tells her story. Through smugglers, she passed illegally by Morocco towards Spain and Barcelona where she arrived in May 2012.  It was in this city that Seke Ouata Leandre, who was then already paid 4500 euros for organizing the trip, recovers in September in order to return to France.

Therefore, the girl must do household chores in the apartment that her “owner” shares with his wife, a French woman, and cares for two children, ages 4 years and 1 month. All without paper, without pay, without being educated.  During this period, the shots from belts were common. This is one of those beatings that have motivated the decision of the young Ivorian go to the police.

Also tried for the plight of Charlotte, another man, Isaac Kouassivi, a Togolese, 31, was sentenced Friday to three months in prison for hitting exactly the girl with a belt. The criminal court ordered his detention.

As many as 76 percent of those victims helped by France’s Committee against Modern Slavery are from Africa. Photo: 300td.org

Slavery may have been abolished in France over 160 years ago but word has clearly taken a while to get around after reports emerged on Thursday that a couple living in France had allegedly paid €4,500 for a 14-year-old girl from the Ivory Coast to be a maid at their home.

The couple, both in their twenties, allegedly bought the girl on a recent trip to Africa and brought her back in September, when she began working as a housemaid in the couple’s home in the Vaucluse region of France, French regional La Depeche reported on Thursday.
The girl, who had no official papers, was barred from going to school, worked without being paid and was even punished by being whipped with a belt when her cleaning was judged to be not up to scratch, reported La Depeche.
“This is a case of slavery in the true sense of the word,” Sylvie O’dy, president of the Committee against Modern Slavery told French daily Le Parisien.
The girl, named as Charlotte, finally managed to escape the clutches of her captors this week and fled to a nearby police station, where she is being cared for.
After hearing the girl’s recount of what happened, police arrested the couple. The woman, who is French, has been released but her partner, who is originally from the Ivory Coast has been kept in custody. They both face trial in March on charges of human trafficking and violence.
“This is a classic case. It is very common for people of foreign origin living in France to go back to their country, where they are connected and where it is easy to find someone poor to exploit,” said O’dy.
“The fact that they purchased her, however, is extremely rare,” she said, adding that it was more common to make deals over travel expenses or schooling than to exchange cash.
According to O’dy, 76 percent of the victims dealt with by her association are from Africa.