‘I want him hung from a tree like he is an animal’: Disabled Iraq veteran pleads guilty to trying to hire FBI agents posing as KKK members to kill black neighbor he claimed had raped his wife

A 29-year-old Iraq War Veteran from Alabama has pleaded guilty in federal court to a charge that he tried to hire phony KKK members to kill his African-American neighbor for raping his wife.
Allen Morgan, of Munford, entered his plea Thursday at a hearing before U.S. District Judge Karon O. Bowdre.

The veteran, who allegedly suffers from post-traumatic stress disorder, was charged last month with using and causing someone else to use interstate facilities with the intent to commit murder-for-hire. 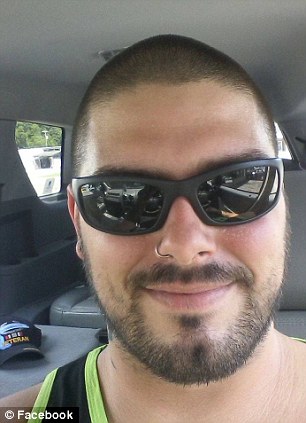 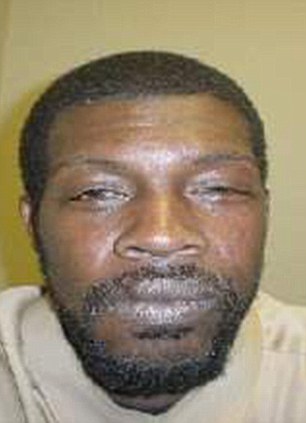 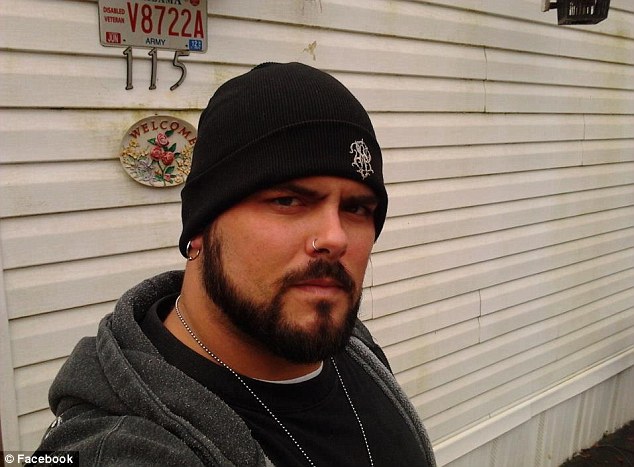 Serious claims: Morgan’s wife accused Mosley, who is a convicted sex offender, of raping her in August

Bowdre scheduled sentencing for Morgan for February 27. He faces a maximum sentence of two years in prison and a fine of up to $250,000.

Court documents said Morgan was arrested in August after he told undercover officers, whom he believed to be Ku Klux KIan members, that he would pay them to murder a neighbor whom Morgan’s wife had accused of raping her.

Morgan’s Facebook page last updated in August lists him as separated. The 29-year-old former soldier has a daughter.

However, the wife’s social media account includes several recent photographs of the couple together. The woman’s name is being withheld because she may be the victim of a sex crime.

A federal affidavit states that an undercover FBI agent called Morgan August 22 pretending to be a KKK member, asking him if he was looking to hire someone to kill his neighbor, who he believed had raped his wife.

Morgan told the agent that he had just confronted the man, Clifford Mosley, and fired several warning shots from his wife’s semiautomatic pistol at the ground to scare him. 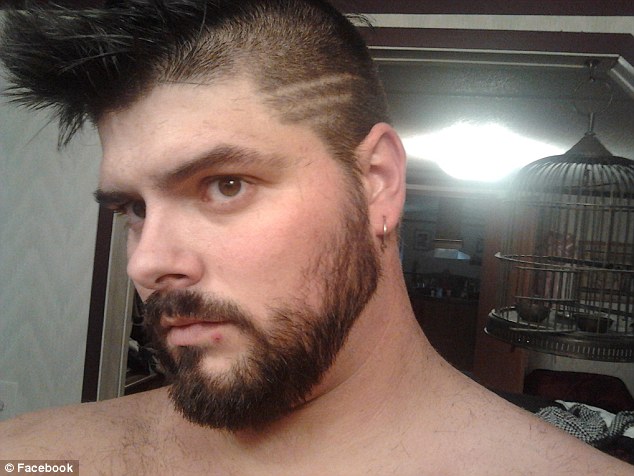 Grisly death: Morgan told an FBI officer pretending to be a gun-for-hire that he wanted his neighbor gutted, dismembered and left to die in a tree like ‘an animal’ 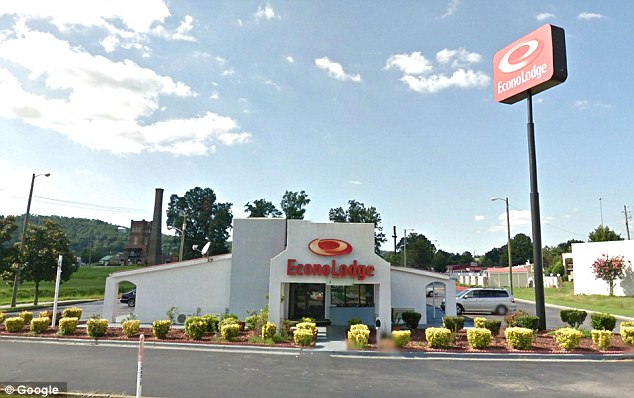 Rendezvous: Morgan met August 25 with the would-be assassin and his accomplice at this motel in Oxford, Alabama, where he was arrested after handing the agents a watch and necklace as payment for the killing

Online records show that Mosley, 40, is a registered sex offender who was convicted in 2009 for sexually assaulting a 13-year-old girl.

The veteran allegedly told the would-be hit man that his family were behind his plan to kill the neighbor, saying that his wife’s parents wanted ‘to dynamite the entire block.’

According to the court document, Morgan described in graphic detail how he wanted Mosley murdered, saying that he wanted him ‘hung from a tree like he is an animal.’

‘I want his d*** cut off and I want him cut,’ Morgan allegedly said on the call.

The 29-year-old went on, according to the affidavit, stating that he wanted his wife’s alleged assailant to ‘die a slow painful death’ after being ‘gutted.’

Morgan and the undercover officer concluded the conversation by agreeing to meet in person three days later. The FBI agent said he will bring along a partner who would help him carry out the plot.

At around 3.30pm on August 25, Morgan and two FBI agents pretending to be guns-for-hire met at the Econo Lodge Motel in Oxford to discuss payment for the contract on Mosley’s head. 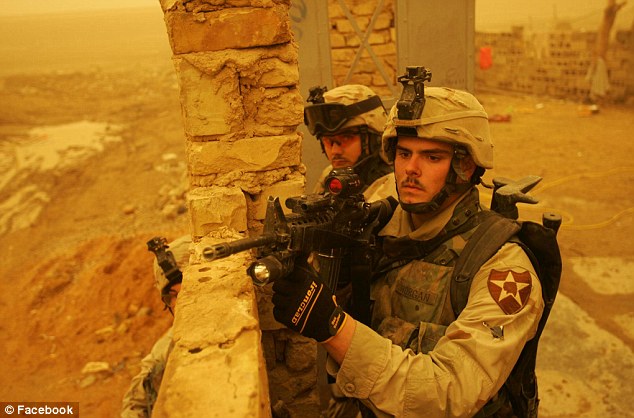 Warrior: Morgan (right) returned from Iraq in 2005, suffering from physical injuries and severe post-traumatic stress disorder that triggered in him suicidal thoughts 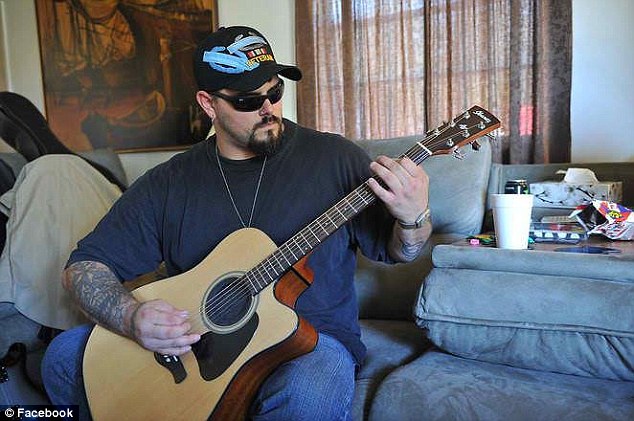 In the course of the meeting, the 29-year-old said that because he is a disabled veteran, he had no money to pay the hit men.

Instead, he offered the undercover officers a watch and a necklace, and also promised to bring them a gun from home in lieu of cash.

Morgan furnished the fake clansmen with a map to his neighbor’s home and his physical description.

At that point, the suspect was taken into custody. During questioning, Morgan confessed to the murder-for-hire plot.

Allen Morgan served in Ar Ramadi, the capital of al-Anbar province, which was described as the most dangerous place in Iraq in a 2006 Time Magazine article.

He returned from Iraq in 2005 suffering from severe PTSD that triggered suicidal thoughts and drove him to substance abuse, according to AL.com.

Father and son threaten worker with gun over fried chicken