WASHINGTON—A congressional ethics panel is investigating allegations that Florida Democratic Rep. Alcee Hastings sexually harassed a member of his staff, according to people familiar with the matter. 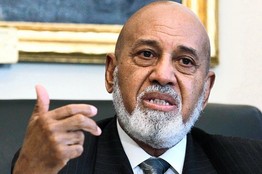 Rep. Hastings at a May 2010 hearing on the Gulf of Mexico oil spill. 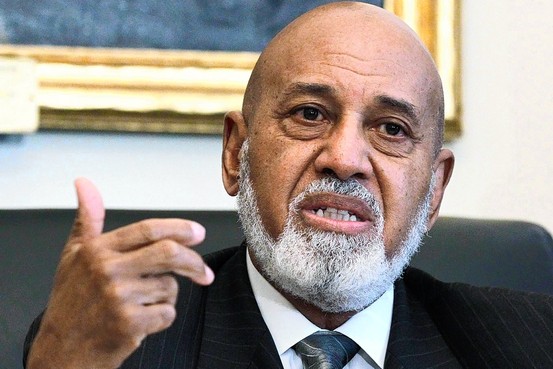 The investigation of Mr. Hastings is being conducted by the Office of Congressional Ethics, the House’s independent ethics investigative arm, and it is at a preliminary stage.

It began at least a month ago after Judicial Watch, a conservative group, filed a lawsuit as the legal counsel for Winsome Packer, a staffer on a commission Mr. Hastings headed. She alleged that she had been sexually harassed by the congressman and that he retaliated when she tried to report it.

At the time, Mr. Hastings was chairman of the U.S. Commission on Security and Cooperation in Europe, a group set up in the 1970s to monitor a Cold-War era pact. Ms. Packer, a Republican, also worked for the commission.

Tom Fitton, the president of Judicial Watch, said his organization has been contacted by House investigators. “We can confirm that Ms. Packer is cooperating with the Office of Congressional Ethics,” he said.

“Quite frankly your source has as much or more information than I do and I would suggest you rely upon them,” he said. “It would be impossible for me in a paragraph or a page or two or a tome or volumes one and two to help you understand the dynamics of these events. I’ll leave it at that.”

Tonya Robinson, Mr. Hastings’s attorney in the lawsuit, said he “in the strongest terms, denies the charges. He is confident that he will be fully exonerated. Mr. Hastings has stated unequivocally that the record will show that the plaintiff’s claims are untruthful and without merit.”

When the suit was filed in March, Mr. Hastings denied the allegations, saying it was filled with “numerous inaccuracies and untruths.” He said he would win any case. “In a race with a lie, the truth always wins.”

The investigation by the House’s independent ethics investigative body is the latest in a string of recent sex scandals that has beset the institution. Last week, New York Democrat Anthony Weiner stepped down after he sent lewd online pictures of himself and then lied about it. Earlier this year, Republican New York Rep. Christopher Lee resigned after he sent a shirtless photo of himself to a woman he met online.

The Hasting investigation’s specific focus is unclear. In her suit, Ms. Packer made a number of allegations about events she said occurred between January 2008 and Feb. 2010. The congressman pressured Ms. Packer to allow him to stay with her during visits to Vienna, where she was based, and made inappropriate remarks, the suit alleged. In one instance, the suit said Mr. Hastings asked her “what kind of underwear are you wearing” in front of others.

The lawsuit alleged Mr. Hastings and a senior aide at the commission retaliated against her for attempting to report the incidents to the staff of other members of Congress and the Office of Compliance, which handles claims of harassment from congressional staff members. Ms. Packer also alleged Mr. Hastings pressured her to give him gifts and make financial donations to his re-election campaign.

Mr. Hastings was first elected in 1992, three years after he was removed from the federal bench by the Senate following his impeachment by the House for allegedly conspiring to accept a bribe. A jury found him not guilty of the charge.

The House ethics committee said earlier this year that it dropped an investigation into how six lawmakers, including Mr. Hastings, spent federal overseas travel funds, citing a lack of evidence and confusing rules on the use of such money.

University of Miami sends racist ‘warning’ text to ALL students

Appeals Courtruling: Arresting Guy For Filming Cops Was A Clear Violation Of Both 1st & 4th Amendments