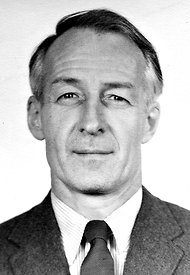 Alexander Saxton, who would go on to become a prominent historian of race in America, summed himself up in a blurb on the dust jacket of his first novel, “Grand Crossings,” published when he was 24.

“At various times,” he said, he had worked as “a harvest hand, construction gang laborer, engine-wiper, freight brakeman, architectural apprentice, assistant to the assistant editor” of a union newspaper, railroad switchman and columnist for The Daily Worker.

Unmentioned were his upbringing on the East Side of Manhattan in a household where Thornton Wilder and Aldous Huxley were frequent dinner guests, and his schooling at Phillips Exeter Academy and Harvard.

But in his biographical blurb, the young Mr. Saxton accomplished the first of many self-transformations. They included passage from upper-income childhood to working-class adulthood; from Harvard student to Chicago laborer; from novelist to union organizer and Socialist; from activist to academic.

He made his final self-transformation on Aug. 20 — at age 93 — in choosing to end his life. Mr. Saxton, an avid outdoorsman who had been in failing health for several years, died by a self-inflicted gunshot wound at his home in Lone Pine, Calif., said his daughter, Catherine Steele.

“He felt the terms of his life were his to decide,” she said.  The act of choosing, which defined his life as well as his death, accounted for the unique perspective he brought to each new sphere of his experience, she added.

In all those spheres, Mr. Saxton made significant contributions. His three novels were widely praised for the three-dimensional scope he gave to the working-class men and women he portrayed, black and white. His first novel, published in 1943, was translated into 15 languages. He became a full-time organizer of maritime workers and longshoremen in San Francisco, which he did while writing prolifically for left-wing publications of all kinds, from the smallest union newsletter to The Nation magazine.

His contributions as a cultural historian are considered his most enduring.

Mr. Saxton’s first historical book, “The Indispensable Enemy: Labor and the Anti-Chinese Movement in California,” became a landmark of labor history, describing how 19th- and 20th-century labor unions used racism against Chinese immigrants as a tool for unifying and organizing white union members.

“It challenged one of the foundational stories of the labor movement,” said Eric Foner, a Columbia University professor and Pulitzer Prize-winning historian. “Instead of the story of solidarity and democracy usually told, Saxton showed how racism was one of labor’s most important organizing tools.”

The critical success of the book helped Mr. Saxton establish the first Asian-American studies program in the United States at U.C.L.A. in the early 1980s.

His 1975 paper “Blackface Minstrelsy and Jacksonian Ideology,” tracing the links between blackface minstrelsy and the ideology of white supremacy, is considered one of the early texts in black history studies; and a 1990 book, “The Rise and Fall of the White Republic,” is known as one of the foundations of “critical whiteness studies,” an academic field that examines the assumptions underlying “whiteness” as a racial designation and political organizing principle.

“It was an unusual career,” said Gary Nash, a friend and fellow history professor at U.C.L.A. “What unified it all was a deep humanitarian and empathetic view of people,” he said. “Most Americans today might know him as a novelist if he hadn’t been, in effect, blacklisted in the 1950s.”

Mr. Saxton, who was a member of the American Communist Party in the ’30s and ’40s, was called to testify by the House Un-American Activities Committee in the mid-1950s. By then, he had published his 1948 novel, “The Great Midland,” and was at work on a third, “Bright Web in the Darkness,” published in 1958 but less widely reviewed. After that, he wrote several novels but could not get any of them published.

He was part of a generation, he wrote in a 2000 reminiscence for the Amerasia Journal, “radicalized by the Great Depression.”

“This was a group relatively small in numbers but impressively influential in its time,” he said. Whether organizing unions, advocating for civil rights or fighting fascism in Spain, all shared an urgent sense that the time had come in human history for “crossing from an ethics of individual achievement, to one of moral responsibility for the social order one lived in.”

Mr. Saxton entered Harvard in 1936, but never felt comfortable among his highborn classmates, one of whom was John F. Kennedy. He dropped out in his junior year to become a laborer in Chicago, the first of many such jobs he took, he later wrote, to see “how people live in the other America — the real America.” The six-day-a-week job paid 25 cents an hour. Harvard’s dean suggested that his parents get him psychiatric help.

Survivors, besides his daughter, include a grandson and a great-grandson. Another daughter, Christine, died in 1990. His wife, Trudy, died about 10 years ago.

Mr. Saxton eventually got his bachelor’s degree at the University of Chicago (mainly to appease his parents, he said). He served in the merchant marine during World War II. At U.C.L.A., he taught American history from 1968 until his retirement in 1990.

In his last years, Mr. Saxton wrote “Religion and the Human Prospect,” published in 2006, which examines religion through the prism of evolutionary biology. In it, he suggests that religion has run its course as a useful adaptive tool for humans’ survival and should be relinquished.