SCROLL DOWN FOR VIDEO:

For most people, bumping into a pack of 15 bloodthirsty lions tucking into a fresh kill would be enough to make you turn around and run like you’ve never ran before.

But, as these images show, for humans searching for a meal in the harsh terrains of Africa, it is an opportunity to feast.

Incredibly, tribespeople in Africa are now regularly stealing food from packs of lions, as these three hungry men demonstrate. 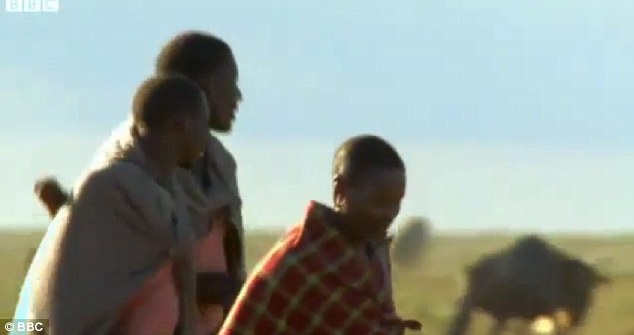 On the hunt: Tribespeople in Africa are now regularly stealing food from packs of lions as a way to provide their families with substantial meals 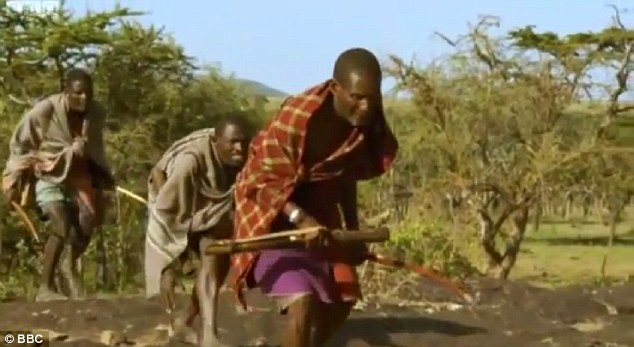 Skilled: The trio begin their search for food by looking for the tracks of a lion pride hunting 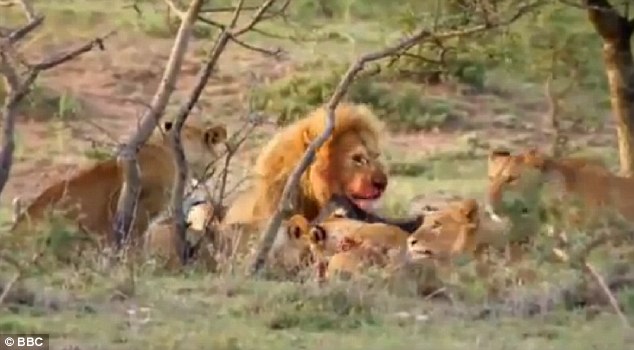 Scary: Eventually, the men find a pack of 15 bloodthirsty lions tucking into a dead wildebeest

Their hunt for dinner begins by finding the tracks of a lion pride on the hunt for food.

The oldest member of the group – at 65 – leads the way, and it’s not long before they come across the signs of a fresh kill.

In images which would otherwise terrify most of us, the trio soon stumble across 15 lions tearing into a dead wildebeest.

Their huge teeth can be seen dripping with the blood of their kill.

But instead of making a sharp exit, the men – who are massively outnumbered by one of the world’s most feared predators – begin to plan their attack.

Acting as one to hopefully intimidate the pack, the trio all stand up together and confidently walk towards the lions. 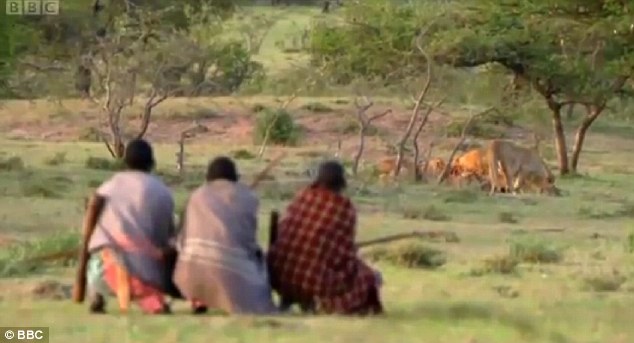 Patient: The men initially wait and watch as the lions feast on their catch 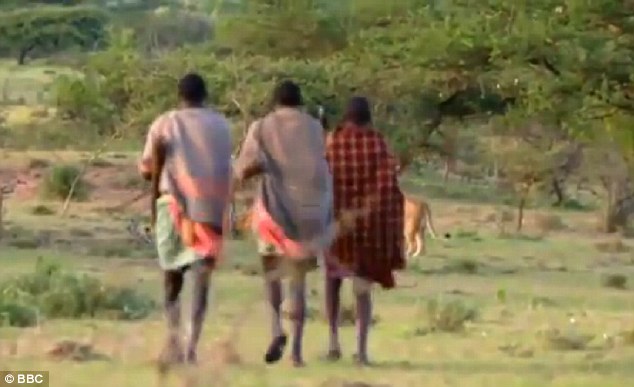 Incredible: Showing nerves of steal, the trio then rise as one and begin to walk confidently and quickly towards the pack 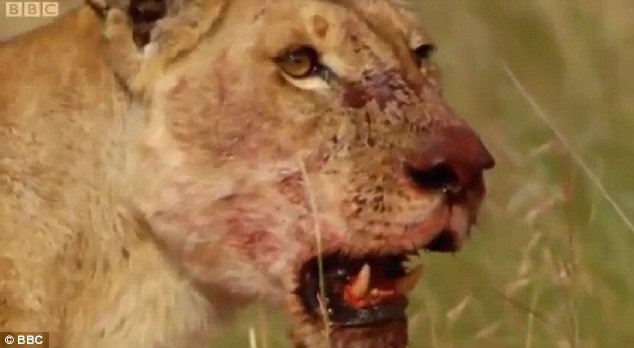 Bloodied: As the men approach the lions look up to decide what action they should take

Initially nothing happens, enough to shred the nerves of anyone.

But incredibly, as the men confidently stroll towards the group, a number of the lions begin to run away, obviously fearing for their own lives.

As the men get closer to the dead animal, all of the lions disperse and instead watch eagerly from the fringes.

Within seconds, the men strip the dead wildebeest of its meat. They need to be quick as the lions will make a return once they realise they have been fooled. 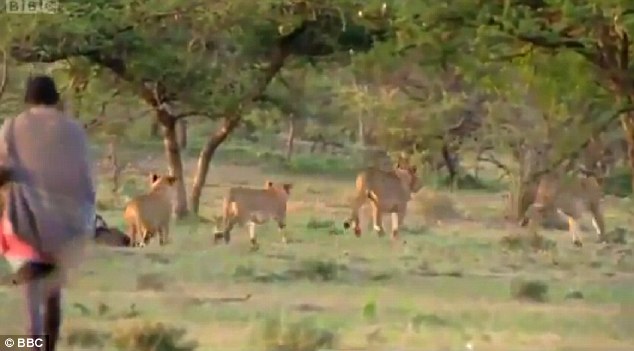 Running away: As the men get closer to the ravenous pack, the lions begin to disperse in fear of their own lives 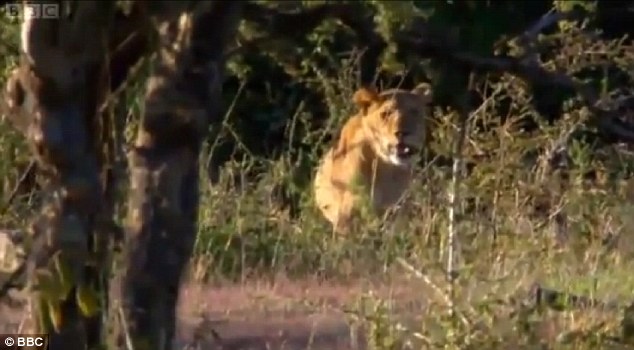 Stand-off: As the men begin to steal the meat, the lions look on nervously 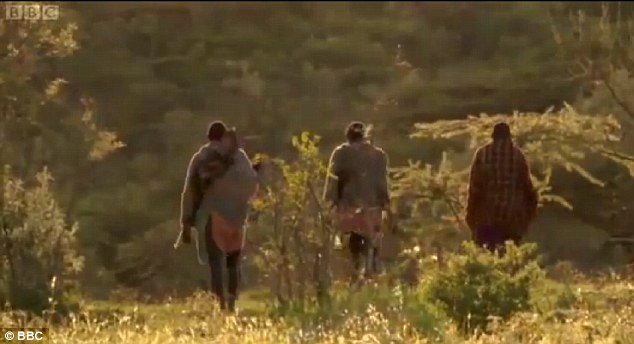 Lucky: Thankfully, the men are able to take the meat without either one of them or the lions being injured

However, before anybody can come in harm’s way, the men get their meat and head back for home.

As reported by I09.com, the practice of taking food from another animal’s kill is called kleptoparasitism and it is very common among certain species of wild animals.

However, if these pictures are anything to go by, it seems that humans are also taking part in the behaviour on a regular basis.

Lincoln Brown, Chicago Teacher, Sues For The Right To Say N-Word In Class