By ROBBIE BROWN      Published: May 18, 2013
EDISTO ISLAND, S.C. — The floors creaked. The walls swayed in a strong breeze. Rot and termites had destroyed parts of the rickety structure built before the Civil War.

But when curators from the Smithsonian’s new African-American history museum in Washington visited this marshy island last year, they found exactly what they were looking for: an antebellum slave cabin that captured the stark life of plantation workers before emancipation.

Edisto Island is home to two of the nation’s oldest slave cabins, dating to the 1850s — vestiges of what was once an entire village for field workers at the Point of Pines Plantation. Black families lived in the wood-sided, two-room houses, without electricity or heating, until the 1980s.

Now, the better-preserved of the two cabins is getting a new home in the nation’s capital. The Smithsonian Institution is dismantling it, plank by plank, and moving it to the National Museum of African-American History and Culture, which is scheduled to open on the National Mall in late 2015.

It will be among the featured artifacts, beside Harriet Tubman’s shawl, Nat Turner’s Bible, a Tuskegee Airmen fighter plane and Emmett Till’s coffin. Lonnie Bunch, the museum’s director, called it “a true jewel in the crown of our collection.” 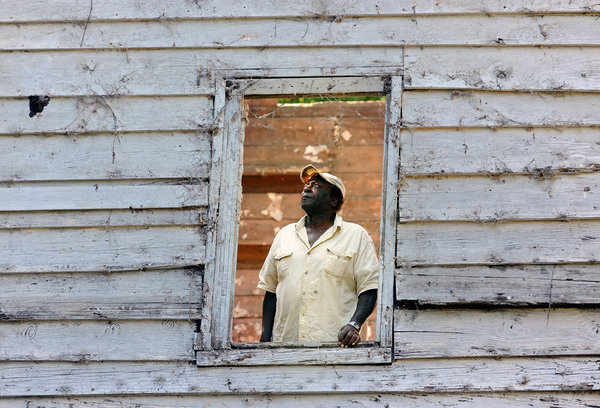 Stephen Morton for The New York Times—-Junior Meggett, 80, in the onetime antebellum slave cabin on Edisto Island, S.C., in which his aunt and uncle lived in the 1940s. He lived in a different but identical cabin.

“Slavery is the last great unmentionable in public discourse,” he said. “But this cabin gives an opportunity to come face to face with the reality of slavery. It humanizes slavery.”

For years, local historians had struggled to save the pinewood building. After the last residents moved out, it was added to the National Register of Historic Places in 1986. Three years ago, the plantation’s owners donated the cabin, but not the land, to the Edisto Historical Preservation Society.

The society raised $40,000 to clear away vines and install diagonal beams to stabilize the tilting 16-foot-by-20-foot structure. But it could not find enough money to safely move the cabin to a new location.

“Honestly, we were about to give up,” said Gretchen Smith, the society’s director.

The Smithsonian called just in time. The museum, with a budget of $500 million, had scoured the country for the right cabin. Its curator, Nancy Bercaw, said Edisto Island’s was perfect: it needed a new home, and because blacks had lived in it long after slavery, the museum can display it in an exhibit encompassing the postwar period called “Slavery and Freedom.”

“The sea island history is so rich and multigenerational,” Ms. Bercaw said. “This history has been tucked away. It hasn’t always been safe to pull out these stories.”

Last Monday, work crews from a preservation company called Museum Resources Inc. stripped off parts and labeled them. Modern additions like the tin roof and metal nails will be replaced. The rest will be transported to a restoration facility in Virginia before being rebuilt inside the museum.

The crews made several discoveries while taking apart the cabin. Newspapers had been stuffed inside the walls for insulation. Windows and door frames were painted with a faint blue paint, which historians say slaves from the Caribbean believed kept demons away. 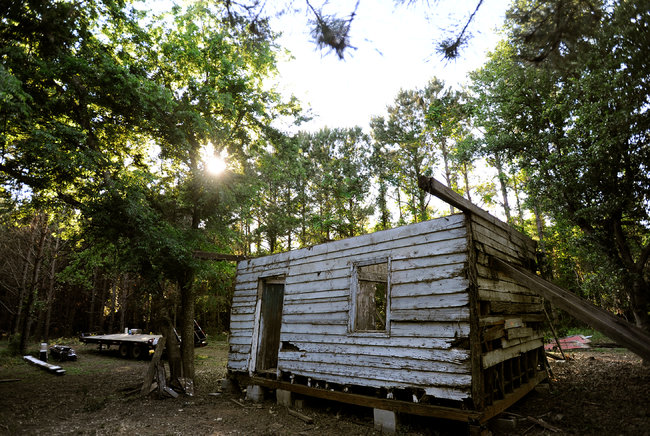 Stephen Morton for The New York Times—-The cabin is being dismantled and will be rebuilt at the Smithsonian’s new African-American history museum.

The exact age of the cabin is unknown, although historians believe that it was probably built off-site and assembled at the plantation. Toni Carpenter, the founder of Lowcountry Africana, a group that documents black history in the South, said an 1851 map of the plantation showed the cabin at its present site. And, she said, an 1854 plantation inventory showed that 75 people were enslaved there.

One of the last residents who remembers life inside is Junior Meggett, 80, a retired groundskeeper, who grew up in the 1940s in an identical cabin and whose aunt and uncle owned the one given to the Smithsonian.

Winter nights were so cold that everyone huddled around the stone fireplace on cots, he said. Summers were so mosquito-infested that the fire burned constantly as insect repellent.

“It’s a tough place to live,” he said. “But we didn’t have any choice. It was just where you lived.”

The new museum is the Smithsonian’s first since the National Museum of the American Indian opened in 2004. It will span black history and culture from the African slave trade through the first black presidency. 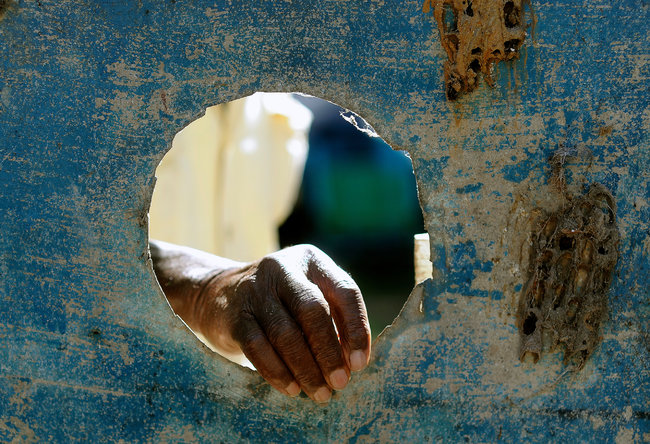 Stephen Morton for The New York Times—-Mr. Meggett showing where his aunt and uncle’s wood-burning stove vented outside.

Ms. Smith, from the historical society, said it was bittersweet to see the cabin leave the island after more than 160 years. She hopes to raise enough money to restore the second cabin and keep it on Edisto. But while South Carolina is losing this artifact, she said, “now millions of others can see it.”

Africville:Community in Nova Scotia, Canada where black citizens were forced to leave

Photos depict the 1950’s lives of slave descendants living on a remote island cut off from the U.S. mainland