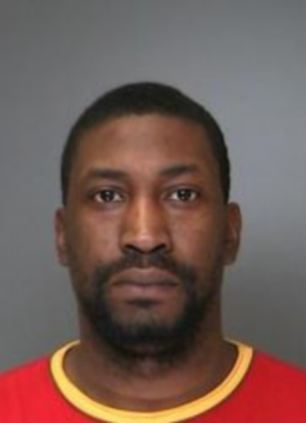 A judge ordered a Long Island man held without bail Saturday after prosecutors said he confessed to killing a 4-year-old boy in his care by punching him twice in the stomach when the tot wouldn’t take a nap.

Jonathan Thompson, 31, was charged with second-degree murder in the death of the youngster, Adonis Reed, who was found unconscious on a couch in an apartment in the New York town of Amityville on Wednesday afternoon.

Adonis had lived at the apartment with his six-year-old sister and his godmother Lakisha Pitt, who is Thompson’s girlfriend.
At Thompson’s arraignment in Central Islip, prosecutors said he struck the boy hard enough to lacerate his liver.

They said he had been babysitting for the child for his primary caregiver, a godmother, and told investigators he became angry when the boy wouldn’t go to sleep.

Dozens of relatives of the slain boy attended Saturday’s court session. Some screamed and swore in the hallways after the proceeding, calling Thompson a ‘baby killer.’
An aunt of the boy, Lashon Reed, called the child ‘a God-given gift.’

‘He was wonderful. He was the love of our lives and he never hurt anybody. I just don’t know what to say,’ she said.

Thompson’s lawyer, Joseph Hanshe, asked a judge to issue a protective order because his client had been threatened after his arrest, but that request was turned down.

The boy’s sister was in the custody of county child welfare officials, police said. 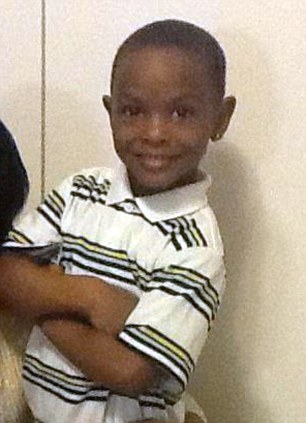 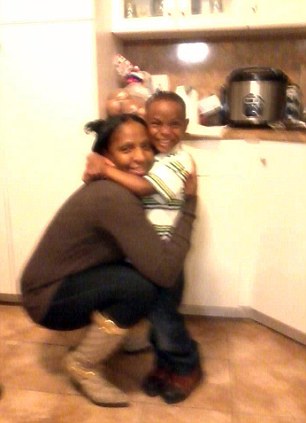 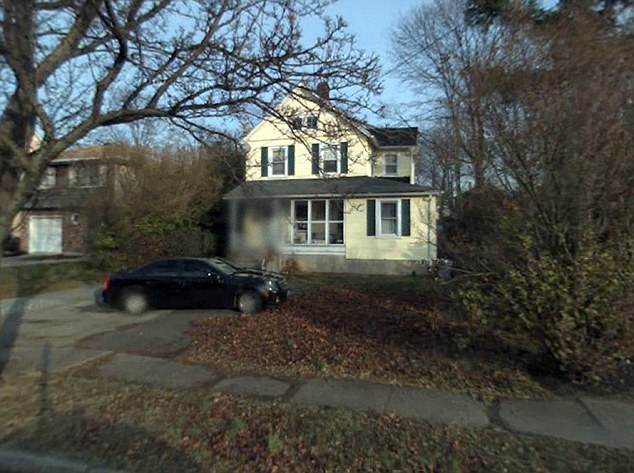 The home on Ketcham Avenue in Amityville, Long Island, where young Adonis’ body was found

According to her father Willie Pitt, Lakisha received a phone call from Thompson who had taken the day off work to care for a sick Adonis in the Amityville apartment the couple rented.
She ordered him to call the police and left her workplace to check on her godson, the New York Post reports.
When police arrived at the scene they discovered Adonis lying unconscious on a couch in the living room and Thompson had vanished.

Mr Pitt described Adonis as a ‘smiling, happy child’ who dreamed of becoming a police office.

‘He was just a happy little kid,’ he said. ‘The boyfriend seemed to take good care of him. This makes no sense.’

According to Mr Pitt, Adonis’ biological mother had handed over the care of her children to Lakisha after she ran into financial difficulties. 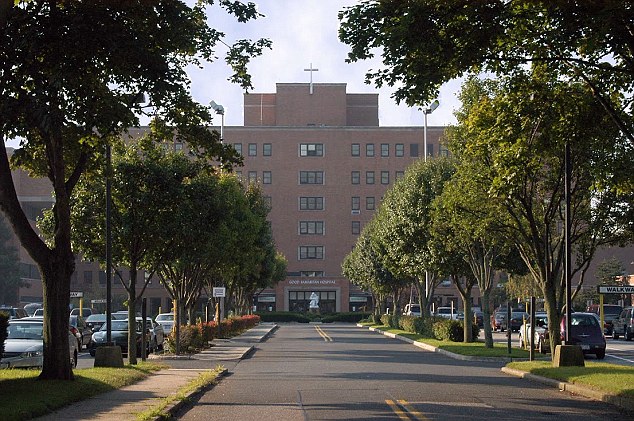 The 4-year-old was taken to Good Samaritan Hospital Medical Center in West Islip, where he was pronounced dead 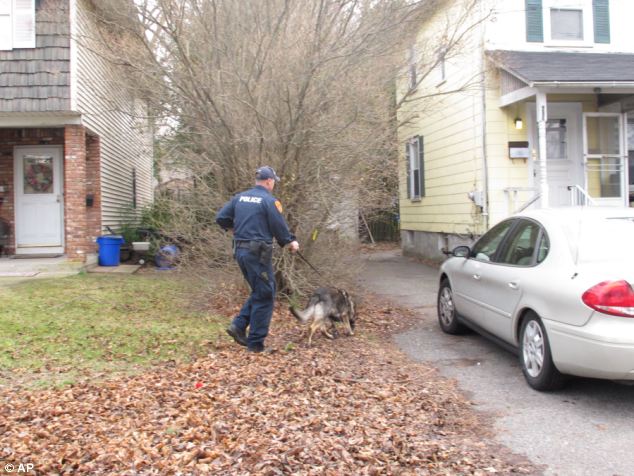 A Suffolk County police officer and search dog look for evidence outside the home in Amityville, New York