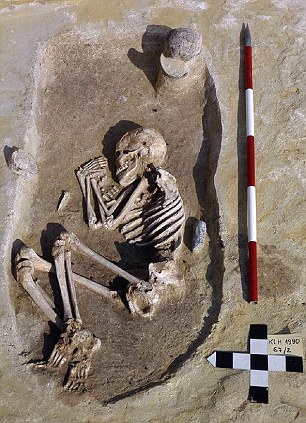 Analysis of grave sites across central Europe found that 7,000 years ago, in the early Neolithic era, some farmers had better land ¿ and better tools, which they were buried with

The gap between rich and poor began far earlier than most of us might imagine.

In 5,000BC, long before the Egyptians built the pyramids, Europeans were already divided into ‘haves’ and ‘have nots’.

Analysis of grave sites across central Europe found that 7,000 years ago, in the early Neolithic era, some farmers had better land – and better tools, which they were buried with.

Some farmers grew fat on fertile land, armed with the latest tools, while others starved – even when world population stood at a mere five to seven million, and farming had only just begun to spread across Europe.

What’s  more, their children ‘inherited’ their wealth, starting a cycle that continues to this day.

Hereditary inequality began over 7,000 years ago in the early Neolithic era, with new evidence showing that farmers buried with tools had access to better land than those buried without.

By studying more than 300 human skeletons from sites across central Europe, Professor Alex Bentley and an international team of colleagues funded by the Arts and Humanities Research Council uncovered evidence of differential land access among the first Neolithic farmers – the earliest such evidence yet found.

Radioaactive ‘strontium analysis’ of the skeletons, which provides indications of place of origin, indicated that men buried with distinctive Neolithic stone adzes (tools used for smoothing or carving wood) had less variable isotope signatures than men buried without adzes.

Professor Bentley, Professor of Archaeology and Anthropology at the University of Bristol, said: ‘The men buried with adzes appear to have lived on food grown in areas of loess, the fertile and productive soil favoured by early farmers. This indicates they had consistent access to preferred farming areas.’ 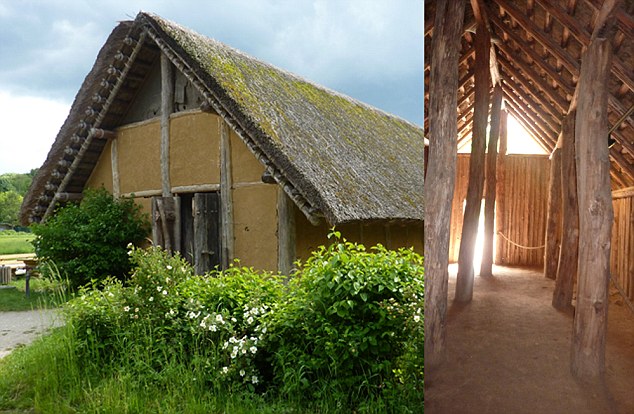 A typical neolithic longhouse: But research hints that some had rather better dwellings than others, even 7,000 years ago 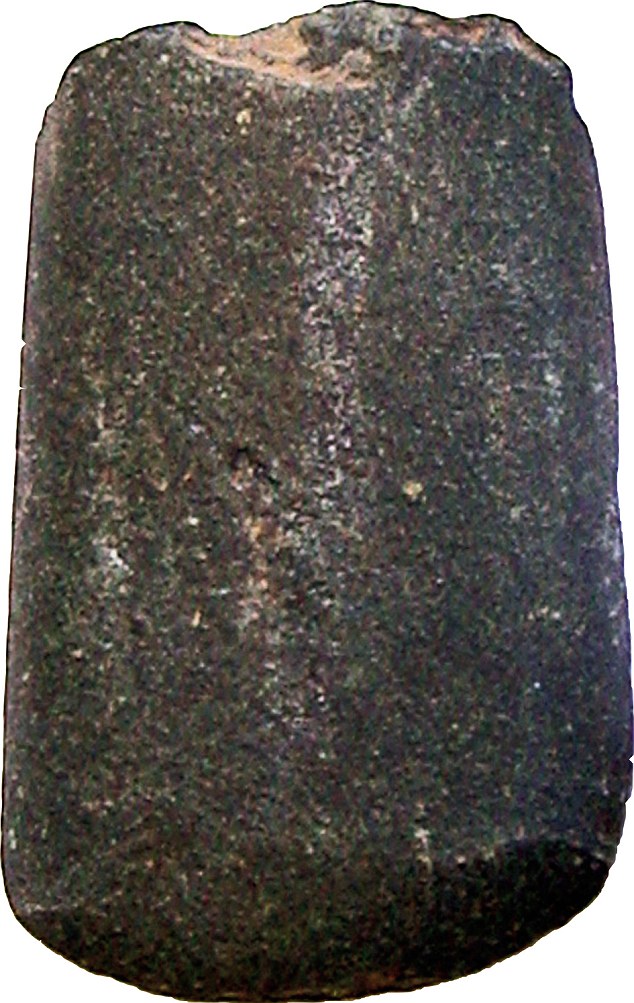 The strontium isotope analysis also revealed that early Neolithic women were more likely than men to have originated from areas outside those where their bodies were found. This is a strong indication of patrilocality, a male-centred kinship system where females move to reside in the location of the males when they marry.

This new evidence from the skeletons is consistent with other archaeological, genetic, anthropological and even linguistic evidence for patrilocality in Neolithic Europe. The results have implications for genetic modelling of how human populations expanded in the Neolithic, for which sex-biased mobility patterns and status differences are increasing seen as crucial.

Professor Bentley said: ‘Our results, along with archaeobotanical studies that indicate the earliest farmers of Neolithic Germany had a system of land tenure, suggest that the origins of differential access to land can be traced back to an early part of the Neolithic era, rather than only to later prehistory when inequality and intergenerational wealth transfers are more clearly evidenced in burials and material culture.

‘It seems the Neolithic era introduced heritable property (land and livestock) into Europe and that wealth inequality got underway when this happened. After that, of course, there was no looking back: through the Bronze Age, Iron Age and Industrial era wealth inequality increased but the ‘seeds’ of inequality were sown way back in the Neolithic.’