Mysterious plague reduced human numbers to just 5,000-10,000
Plague related to modern infections
Man ‘bounced back’ – and then spread from Africa all over the world

The key factor which separated man from our evolutionary rivals 100,000 years ago may not have been language – but instead a mysterious plague.

The plague ravaged populations of early humans in Africa, until just 5-10,000 were left.

But from that small population, humans emerged – and triumphed over other evolutionary cousins such as Neanderthals. 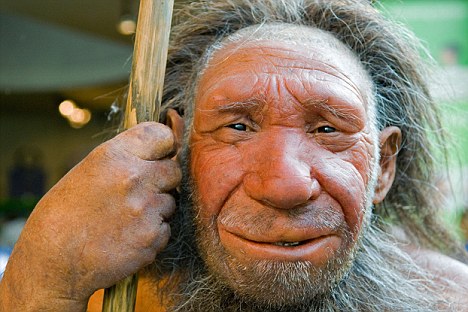 Neanderthal man: The key factor which separated man from our evolutionary rivals 100,000 years ago may not have been language – but instead a mysterious plague

But suriving it seems to have conveyed a key advantage.

Soon afterwards, homo sapiens expanded dramatically in numbers, and spread all over the Earth.

Researchers found that human populations today have ‘dropped’ two genes which related primates – apes – have, which could have left early man vulnerable to infections.

The infections are related to modern bugs such as E Coli.

‘Though it is impossible to discern exactly what happened during evolution, the investigators studied molecular signatures surrounding these genes to hypothesize that predecessors of modern humans grappled with a massive pathogenic menace between 100,000 and 200,000 years ago. 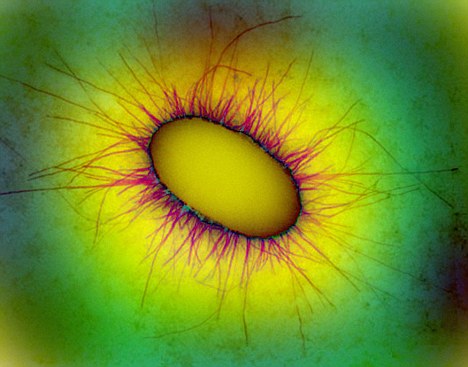 ‘This presumed ‘selective sweep’ would have devastated their numbers. Only individuals with certain gene mutations survived – the tiny, emergent population of anatomically modern humans that would result in everyone alive today possessing a non-functional Siglec-17 gene and a missing Siglec-13 gene.’

The cause of the bottleneck remains unsolved, with proposed answers ranging from gene mutations to cultural developments like language to climate-altering events, among them a massive volcanic eruption.

‘In a small, restricted population, a single mutation can have a big effect,’ said senior author.

‘We’ve found two genes that are non-functional in humans, but not in related primates, which could have been targets for bacterial pathogens particularly lethal to newborns and infants.

‘Killing the very young can have a major impact upon reproductive fitness. Species survival can then depend upon either resisting the pathogen or on eliminating the target proteins it uses to gain the upper hand.’

The scientists ‘resurrected’ these ‘molecular fossils’ and found that the proteins were recognized by current pathogenic strains of E. coli and Group B Streptococci.

‘The modern bugs can still bind and could potentially have altered immune reactions,’ Varki said. ‘Speciation (the process of evolving new species from existing ones) is driven by many things,’ he said. ‘We think infectious agents are one of them.’