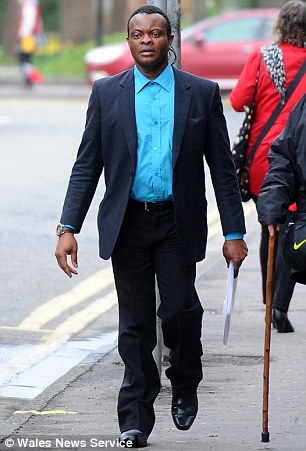 Rejected under his real name: Virgin Atlantic rejected Max Kpakio but offered him an interview when he applied as ‘Craig Owen’, the employment tribunal heard

A job-hunter today claimed £55,888 compensation from Virgin Atlantic for being rejected in his name of Max Kpakio – but accepted when he changed it to the more British-sounding ‘Craig Owen’.
African-born university graduate Mr Kpakio, 36, is taking Sir Richard Branson’s airline to an employment tribunal accusing it of racial discrimination.
The father-of-three, who was born in Liberia but has lived in Britain for 10 years and is now a British citizen, was rejected when he applied for a job at a Virgin call centre in Swansea under his real name.
Suspecting his rejection was due to his African name, Mr Kpakio resubmitted a simplified version of his own CV in the more ‘British-sounding’ name of Craig Owen, and claims he was immediately invited for interview.
Not only that, but the firm repeatedly chased him for interview, despite his not responding to their original request.

Speaking at the tribunal in Cardiff today, employment judge Mrs Claire Sharp said: ‘You are bringing a claim under the Equality Act. You claim you applied for a job and Virgin’s arrangements were discriminatory.
‘You allege direct discrimination and say Virgin discriminated against you because of your race and, because of that, their treatment was different to how they treated others.
‘By comparison, you have contributed a CV in the name of Craig Owen which is, in fact, you, but using a British name.

‘One of the CVs was progressed and the other one wasn’t.
‘The names are important here. If someone has not a traditional British name like Mr Kpakio’s then you can make a guess at their ethnic origin from that name.’
Father-of-three Mr Kpakio, who lives in Swansea and says he is not motivated by money, is claiming loss of earnings and injury to feelings from Virgin Atlantic.
He told the tribunal today: ‘I’ve decided to challenge this case not because I want compensation of any kind, but because I want to be treated fairly and in a just manner. 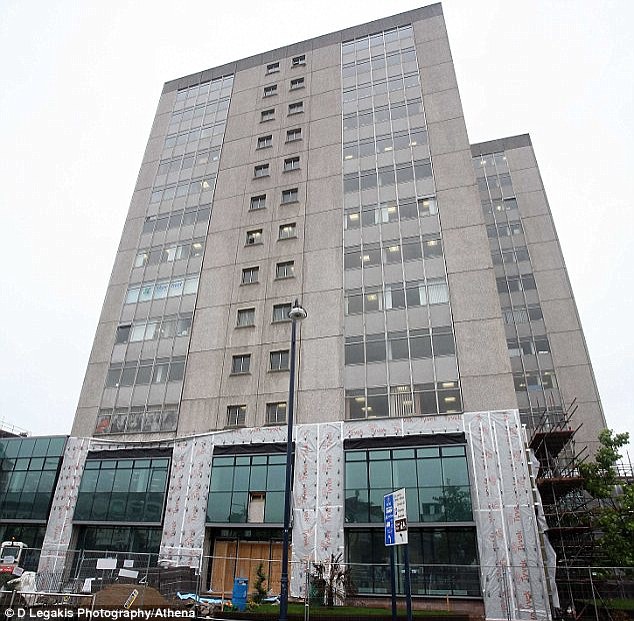 ‘This is about justice and change – people hear my story and say: “Oh Max, this has been going on in many places”.
‘Even if the hearing finds in my favour I wouldn’t want a cent – if Virgin could just apologise or give me a job.
‘A job would bring my dignity back, I’ve been unemployed for eight months now, I just don’t want to live on benefits.’
Mr Kpakio said after he was rejected he decided to ‘test’ Virgin Atlantic by applying using a name he thought sounded Welsh, Craig Owen.

‘A job would bring my dignity back.  I’ve been unemployed for eight months now – I just don’t want to live on benefits.’

– Max Kpakio, at the tribunal today

He said he answered three main questions very similarly to how he did it on the first form, and added: ‘The CV and the equal opportunities form clearly identified me as someone not born here, not schooled here and a black African.
The reason I was rejected was because of my ethnic origin – because I’m black African.’

Virgin Atlantic claimed the two CVs had differences which led to Mr Kpakio being rejected for the customer service role.
They say ‘Craig Owen’s’ application had five years’ experience working in ASDA and Tesco supermarkets which were not on the Kpakio application.
Alexander Robson, representing Virgin Atlantic, told Mr Kpakio: ‘If you really wanted to test them you would have done so by simply changing the name and ticking a different ethnic box on the equal opportunities form.
‘But you added work and an employment history which simply did not appear on the original.
‘When we see the difference between the two CVs we see one with five years of customer-facing roles.
‘The real reason you did that was not to test Virgin Atlantic but because you wanted to claim compensation.’
Virgin Atlantic also claim they were unable to tell Mr Kpakio was from Africa from his original application. 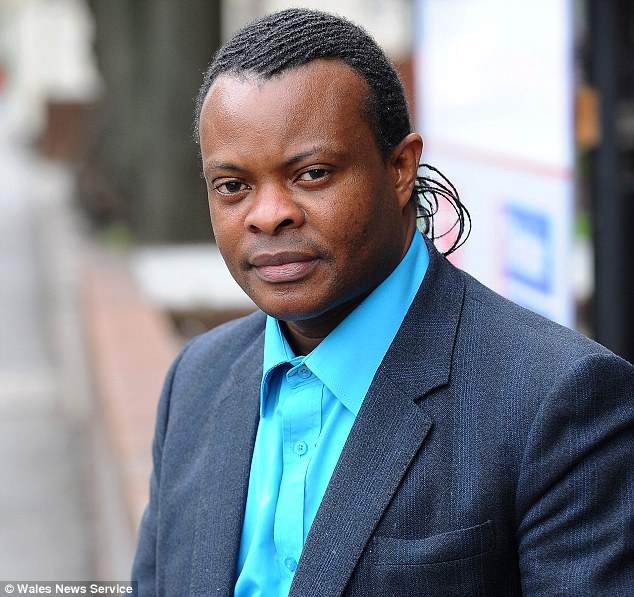 Mr Kpakio was born in Liberia but moved with his family to Swansea in 2002 to escape civil war.  He has since been granted British citizenship, and has earned a degree in International Relations at Swansea University.
But after finding himself out of work he went to a staff recruitment presentation with Virgin Atlantic’s call centre in Swansea.

He told how he didn’t believe his race would be an issue until his job application was rejected at the first stage of the recruitment process.
He reapplied under name Craig Owen and, despite including far less information on his CV, he was immediately invited for an interview.
And when Mr Kpakio didn’t respond to their first email they continued to send him messages saying how much they were looking forward to meeting him.
Before the hearing, Mr Kpakio said: ‘There was an enormous difference in the way I was treated when I used a British name.
‘When I was first sent a rejection, I couldn’t understand it – I thought I had provided a very good CV.
‘I’d offered advice to clients over the telephone before, so I believed I was a very good candidate for the job.
‘It occurred to me that my ethnic origin may have something to do with the rejection.  I then decided to make a further application to Virgin, using the name Craig Owen. 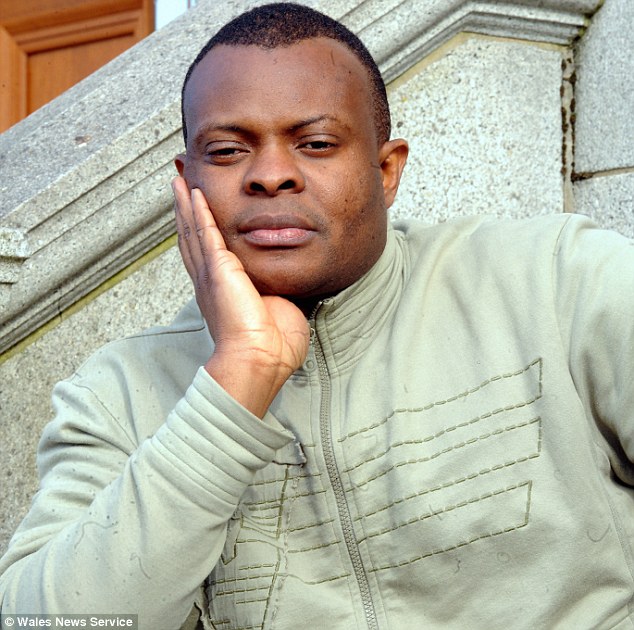 Refugee: The 36-year-old left his native Liberia to escape the civil war and graduated from Swansea University

‘They were in touch with me seven or eight times, and kept coming back to me when I didn’t respond.’
Before the case, a spokeswoman for Virgin Atlantic said: ‘We are an equal opportunities employer.
‘We pride ourselves on providing opportunities to talented people regardless of their race, sex, age or other characteristic.
‘We take allegations of discrimination extremely seriously. We strongly deny any of our recruitment decisions or practices are discriminatory in any way.’
Virgin Atlantic deny race discrimination and the employment hearing in Cardiff is continuing. 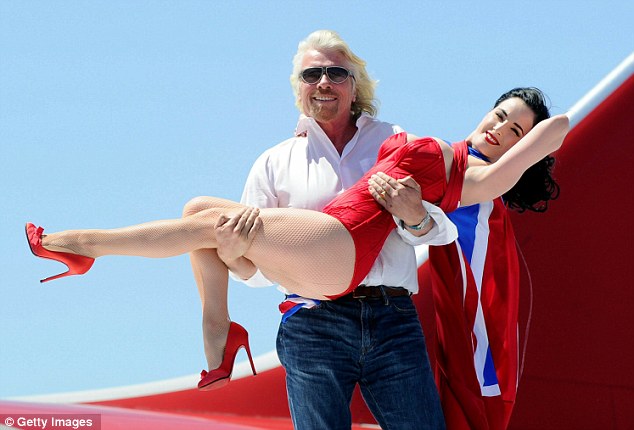