Authorities shot and killed an escaped inmate Friday who stabbed one Mobile, Alabama police officer to death and wounded a second after fleeing in a stolen police car.

Lawrence Wallace Jr., 24, was pronounced dead at the scene of a standoff several miles from the location where Officer Steven Green was stabbed.

The saga began Friday morning when Wallace walked into the Mobile Dollar General Store and demanded money from the cashier. 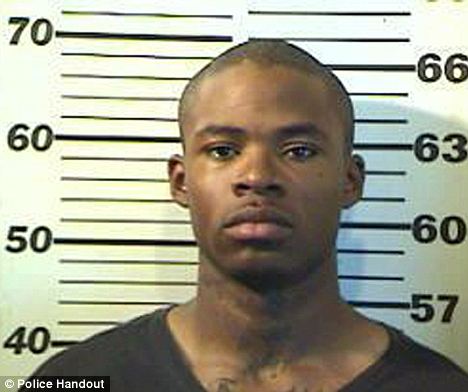 Shot: Wallace Johnson, 22, stabbed one officer to death and shot another as he was fleeing from the Mobile, Alabama police station, and he was later killed

As the employee tried opening the cash register, Wallace started spraying lighter fluid on the floor which he then lit on fire, starting a blaze.

Officer Green was signing Wallace into the Metro Jail on robbery and arson charges at 3.50pm when Wallace fatally stabbed him. The suspect then fled the scene in Mr Green’s police car.

During the pursuit, Wallace shot the second officer, Mark Johnson, in the arm. He was later treated and released from a hospital where he received stitches for the graze wound.

Wallace drove off and hid in a house where he had a shootout with police.

Amid the firefight, officers used canisters of tear gas to try to get him out of the house but that did not work. 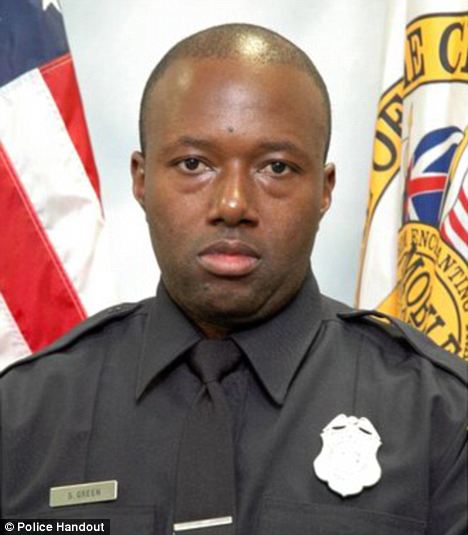 Officer Steven Green, 36, was stabbed to death by Wallace while he was signing the convict into the police station logs

It was at this point that Wallace shot officer

A police spokesperson confirmed that he was shot during the stand off with police but they would not say how many times.

Court records showed Wallace was arrested for first-degree robbery in 2007, but the charge was dropped.

He was arrested again on April 5, 2011, and charged with possession of a controlled substance and second-degree marijuana possession.

Officer Green was married with three children when he was killed. 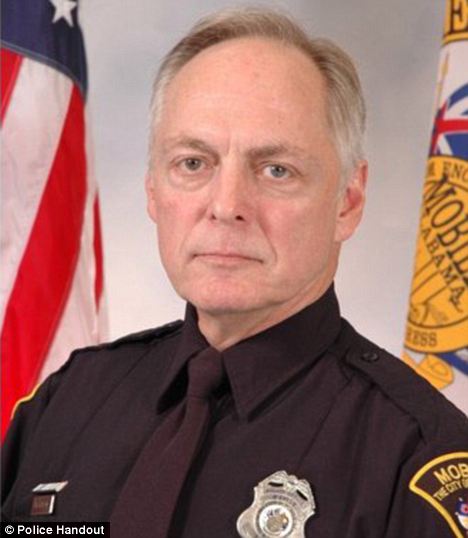 Recovering: Officer Mark Johnson was shot in the arm during the pursuit and was taken to hospital where he received stitches for his wound

‘I know the family, and this was a very quality young man,’ said Mayor Sam Jones.

It does not appear that there will be any formal investigation or punishment for the police officers involved in the firefight because they acted in self defence,

‘Everything appears to be justified, at this point,’ District Attorney Ashley Rich told AL.com.

‘The officer acted in self-defence and in defence of the other officers at the scene.’