Burns hosts the weekly radio program “Rock School.” He gives Crudup the nod because “That’s All Right Mama” was the first song to contain all of the elements that he says are associated with rock and roll:

“It’s a lot to ask of one song,” he said. “Few fit the bill.”
Candidates he and others have considered for the honor include “How High the Moon” by Les Paul and Mary Ford; “The Honey Dripper” by Joe Liggens; “Boogie Chllen’” by John Lee Hooker; “Saturday Night Fish Fry” by Louis Jordan; “The Fat Man” by Fats Domino; “(We’re Gonna) Rock Around the Clock” by Bill Haley and the Comets; and “Rocket 88″ by Jackie Brenston and his Delta Cats.

“An argument can be made for and against every song mentioned,” he said before adding “That’s All Right Mama” is a better fit than all of the other tunes.
This song came out in September 1946 as a rockabilly piece with a blues melody line over top.
“It’s sung with power, may contain the first guitar solo break, and, as a remake, became one of Elvis’ first singles,” Burns said.
The origin of the term “rock ‘n’ roll” is straightforward, he believes.
“It started as a nautical phrase meaning the movement of the boat up and down and back and forth,” Burns said. “Sometime in the late 1800s to early 1900s, gospel and jubilee music co-opted the term and used it to mean being rocked and rolled in the arms of the Lord. In fact, the first recorded use of the term in a song was ‘Camp Meeting Jubilee’ in 1916.” 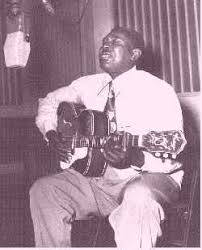 Sometime between that recording and the early 20s, according to Burns, the term “rock ‘n’ roll” started to leave the church and began to be used in blues and vaudeville music as a euphemism for sex. He cites as examples Trixie Smith’s “My Man Rocks Me with One Steady Roll” in 1922, “Rock That Thing” by Lil’ Johnson, and “Rock Me Mama” by Banjo Ikey Robinson.
Burns said blues wasn’t the only music using the term then, citing big band greats like Ella Fitzgerald and Benny Goodman who used it in their music, as well as famous gospel singers like Sister Rosetta Tharp, who sang re-written lyrics to popular church songs so the phrase could be included.
“Even country artists were using the term in a new form of music that sounded like an early form of rockabilly,” he said. “Buddy Jones was an early popular singer in the genre with his song ‘Rockin’ Rollin’ Mama.’”
Using the term alone isn’t enough to give a song the title of being the first rock ‘n’ roll record, Burns explained.
“Too often rock ‘n’ roll is described as the coming together of blues and country, but that’s too simplistic,” he said. “Rock ‘n’ roll is a much more complex music that draws from six forms of music, three dominant and three sub-dominants.”

He lists the dominant forms of music as blues for the basic chord progressions, country for stringed instruments becoming dominant and major melody lines and what was then termed “white pop” and “tin pan alley” style music for the concept of dance and hit song writing. The sub-dominant forms of music, Burns said, are jazz for a boogie-woogie beat, gospel for the vocal influence and folk for the influence of social concern.
One additional technological element aided rock ‘n’ roll’s rise, and that was the 45-rpm record.
“RCA Victor put out the 45-record just as television was taking all the major networks’ attention away from radio. That made the radio business local rather than national network-fed,” he explained. “That forced the radio business to rely on records — mainly the 45 — for the music they played. The 45 was cheap and plentiful, and the music that was poised to break, just as the technology broke, was rock ‘n’ roll.”
Popular disc jockey Alan Freed then helped to associate the term rock n’ roll with the music.
“Freed was the Moondoogie on WJW in Cleveland, Ohio, and the host of the Rock and Roll Show on WINS in New York City,” he said. “He was so massively popular through radio, television, movies and records, that he led the way for rock ‘n’ roll to become a legitimate music form recognized by the music industry and not just another short-lived genre.”
Freed shared some of his history in the movie “Mr. Rock and Roll,” which included a bunch of star singers from the time, as you’ll soon see.

Haiti: Where Did the Money Go?