Just days after a poacher’s snare had killed one of their own, two young mountain gorillas have been spotted working together to take apart poachers traps.

Staff at the Dian Fossey Gorilla Fund were stunned when they spotted the plucky young duo, called Dukore and Rwema, destroying a trap in their forest home. 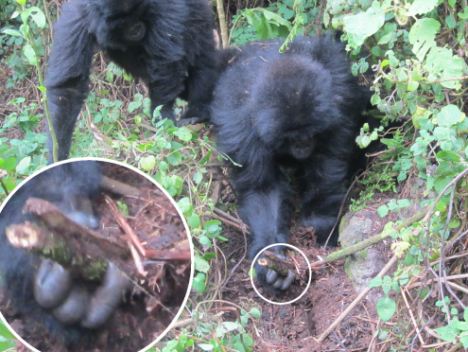 The astonishing moment when two young mountain gorillas were spotted working together to find and destroy traps in their Rwandan forest home.

‘John Ndayambaje, our field data coordinator, reported that he saw one snare very close to the group; since the gorillas were moving in that direction, he decided to deactivate it.

‘Silverback Vuba pig-grunted at him (a vocalization of warning) and at the same time juveniles Dukore and Rwema together with blackback Tetero ran toward the snare and together pulled the branch used to hold the rope.

‘They saw another snare nearby and as quickly as before they destroyed the second branch and pulled the rope out of the ground.’ 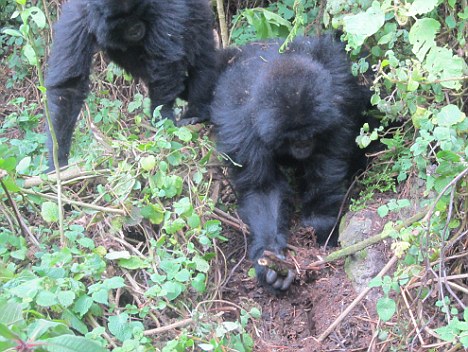 The pair we able to rip the snare apart without harming themselves.

Vecellio said the behaviour was unheard of.

‘This is absolutely the first time that we’ve seen juveniles doing that,’ she told National Geographic.

‘I don’t know of any other reports in the world of juveniles destroying snares.

‘We are the largest database and observer of wild gorillas … so I would be very surprised if somebody else has seen that.

‘‘Today we can proudly confirm that gorillas are doing their part too!’

Staff at the park were still reeling from the death last week of a young gorilla called Ngwino who was caught in a snare.

The young animal was found too late by workers from Karisoke, and died of snare-related wounds.

Her shoulder had been dislocated during escape attempts, and gangrene had set in after the ropes cut deep into her leg. 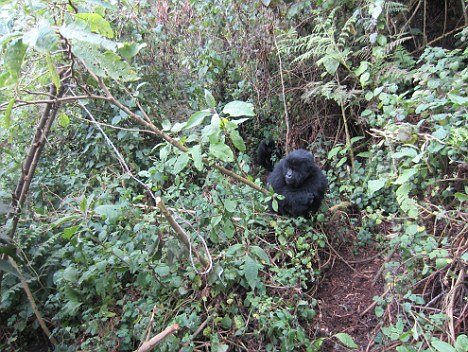 The traps are intended for antelope and other species but sometimes capture the apes.

Poachers build the snares by tying a noose to a branch or a bamboo stalk, Vicellio said. 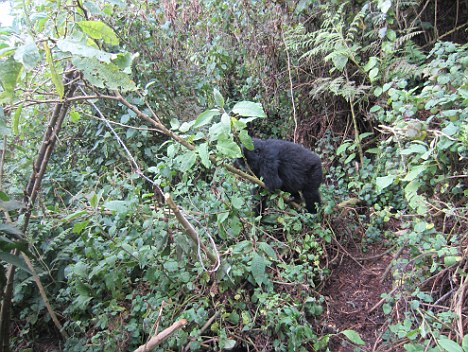 The gorillas were spotted near the Karisoke Research Center, located in the reserve where the event took place.

Every day trackers from the Karisoke center comb the forest for snares, dismantling them to protect the endangered mountain gorillas, which the International Fund for Nature (IUCN) says face ‘a very high risk of extinction in the wild.’

She believes the snare busting team must have dismantled other traps.

‘They were very confident,’ she said. “They saw what they had to do, they did it, and then they left. 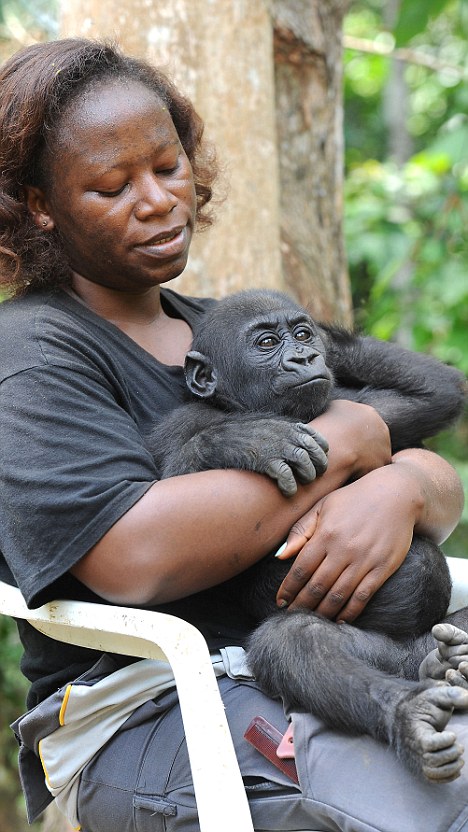 A young gorilla at Ape Action Africa, based at the Mefou Primate Park near Yaounde, Cameroon. It homes orphaned primates, many of whose family are caught in snare traps. Luci is another Gorilla baby at the park. She has a full time Cameroonian carer, Jeanne who acts like a surrogate mother.

Kesha Rogers, Texas Democrat and Congressional Nominee, calls for Obama to be removed from office