An Atlanta community has painted over a French artist’s mural commissioned by a nonprofit organisation to improve their neighbourhood – because they say its depictions of snakes is ‘satanic’.

Covering a wall in southwest Atlanta by French graffiti artist Pierre Roti the art features a fantasy creation of a part-human, part-alligator, part-fish under the commission of non-profit group Living Walls.

‘The fishes were satanic, the scales were satanic. You know, they just don’t feel that it represents their community,’ Angel Poventud, a mutually upset resident from the wall’s Pittsburgh neighbourhood, toldWSB-TV. 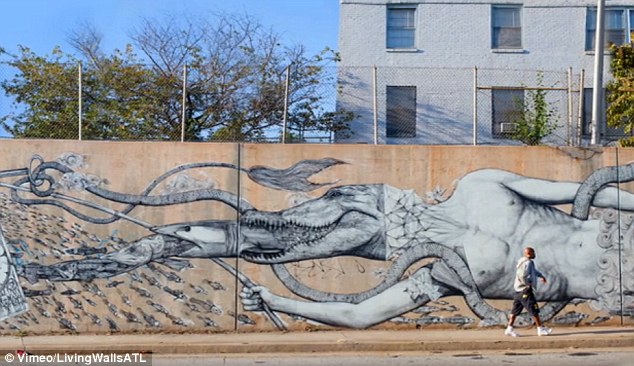 Defaced: Part of French artist Pierre Roti’s mural, commissioned by a non-profit group in Atlanta, is seen before upset residents covered it with paint on Friday calling it ‘satanic’ 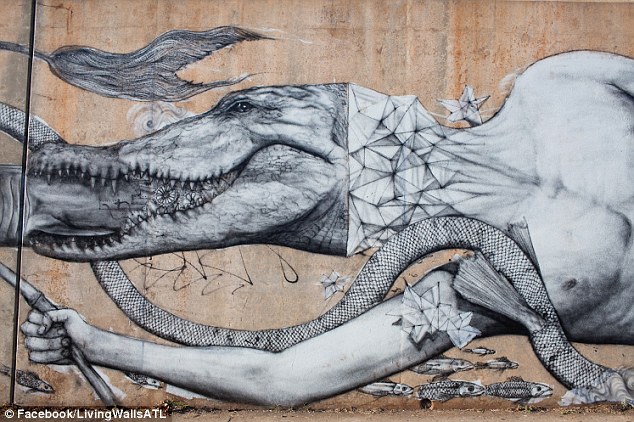 Upset: Seen as part alligator, part human, part fish, some residents were upset by it calling for its removal before taking matters into their own hands 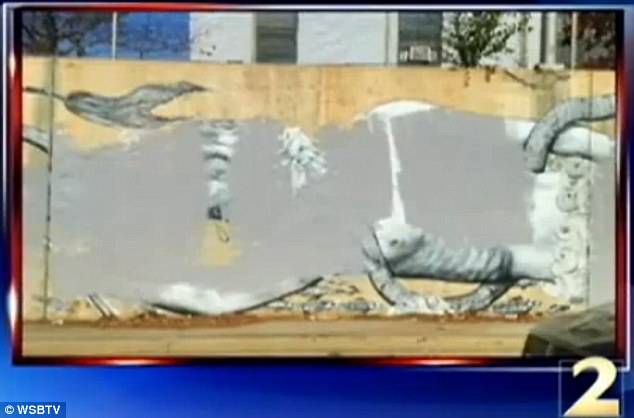 Aftermath: The wall is seen on Friday morning after grey paint was rolled across it with the help of a former State lawmaker who lives nearby

Waking up on Friday morning, however, residents who had enjoyed the mural were outraged to see sections of grey paint rolled across it – just days after a petition was signed by more than a thousand residents to save it.

‘To see it being defaced that way, it was disappointing and saddening,’ nearby resident Adrainne Gray told WSB-TV.

There with her was her young son Everrett who said he had enjoyed the mural too, making a face over the work’s aftermath to show his described disgust in its covering.

But what’s now at the heart of the issue, however, is whether Living Walls had permission to create the mural in the first place, as fans of the mural spent the remainder of Friday scrubbing off the grey paint. 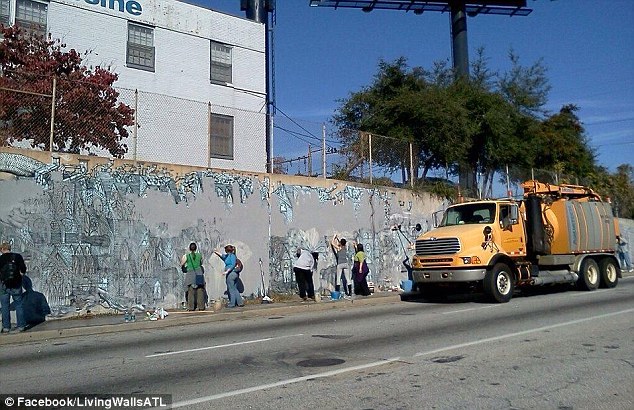 Restoration: Fans of the mural spent the remainder of Friday scrubbing off the paint to restore it to its former display 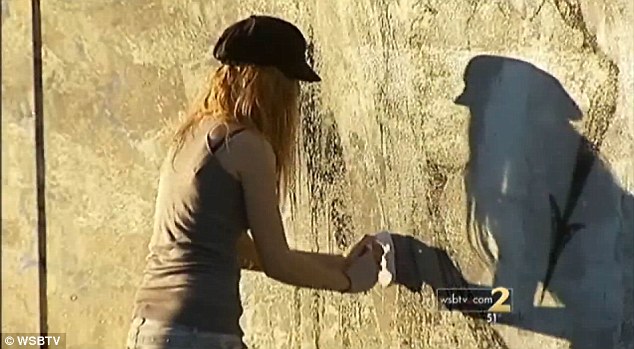 Failed petition: A woman scrubs at the covered mural on Friday that was defaced despite a petition that collected more than 1,000 signatures to save it 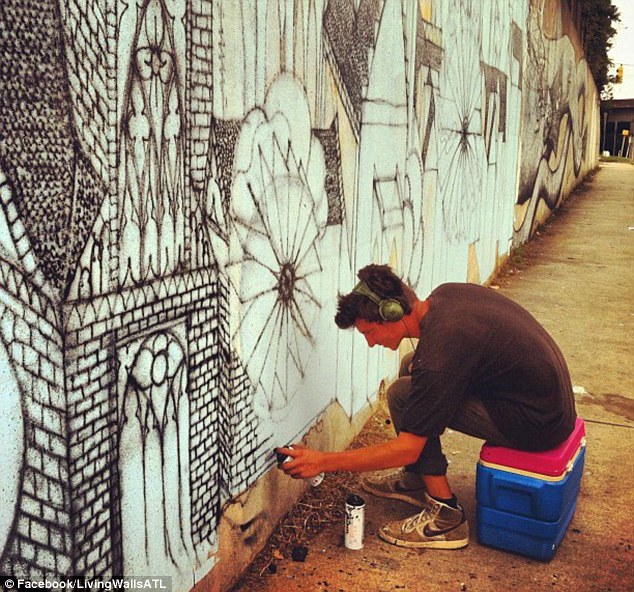 Hard work: The 23-year-old graffiti artist, seen during its creation, spent a month working on it as one of many artists commissioned by the group world-wide

The property belongs to the Georgia Department of Transportation who have said that they never issued a permit for the mural.

The group said they didn’t realize they needed City Council to pass an ordinancy approving the work as well.

‘Nobody in the Pittsburgh community knows what this represents. Nobody. That is unbelievable,’ former State Representative Doug Dean told Creative Loafing. 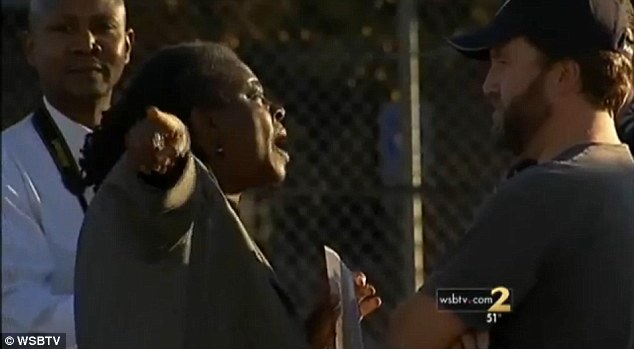 Illegal: Brewing controversy is whether either side had right to paint on the wall with it belonging to the Georgia Department of Transportation, Councilwoman Joyce Sheperd seen upset at the scene 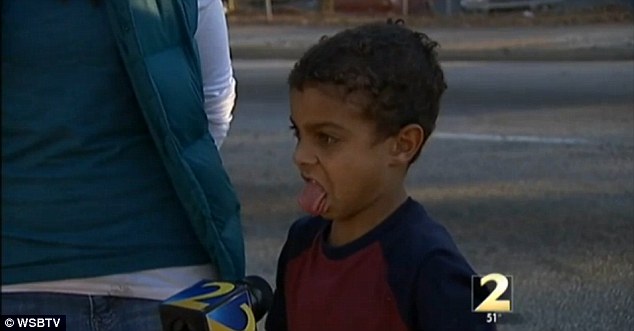 Disgust: A resident upset by the grey paint rolled across the mural shows his disgust

Mr Dean was one of the many who helped cover the mural that morning with a Facebook posting helping organize the event titled: Painting OVER, of the WALL on University Ave.

Asked if it’s true he didn’t have a permit to paint over the wall on Friday himself, he told CL: ‘That’s right. Didn’t try to get a permit … I don’t think I have to. I’m a tax payer.’

Amid the outcry of the work which took the 23-year-old artist a month to create for the Atlanta non-profit – whose said goal is to provide artists from all over the world an opportunity to ‘create a more intimate relationship’ between themselves and the community – more than 1,000 signatures were collected to save it. 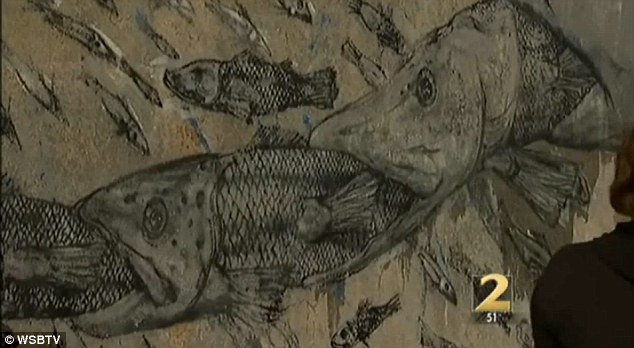 Future: What’s now uncertain is the future of the mural despite its restoration efforts on Friday

‘It is so wrong for them to get petitions from people who live in Capitol View and Sylvan Hills and not come to Pittsburgh and talk to us,’ Mr Dean said of its location.

‘All we want is a process for how to deal with artists who come to our neighbourhood and doing what they want to do. We have some art we want to do in our community,’ he said.

The mural has since been restored to before its defacing, but GDOT says they will most likely have to cover it up again.

Vernice D. Ferguson, Leader and Advocate of Nurses, Dies at 84