An AutoZone employee and Air Force veteran who daringly thwarted an armed robbery at his Virginia store by using his own handgun at the scene has been fired for breaking company protocol.
Devin McClean, 23, who worked at the York County store up until about a week ago, says he managed to slip out during the attack, grab his glock .40 handgun from his car and return – frightening away the bandit.
‘When I yelled “freeze” and I said “stop, drop the weapon,” he threw his hands up with his gun still in his hand, he started running,’ Mr McClean told WTKR. 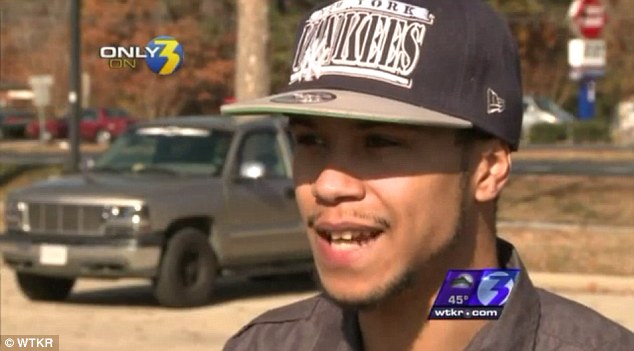 First responder: Devin McClean, 23, was fired from his job at a Virginia AutoZone after during an armed robbery at the store he slipped out and returned with a handgun, frightening away the would-be robber 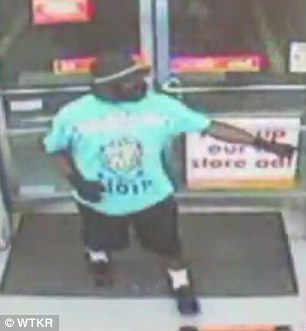 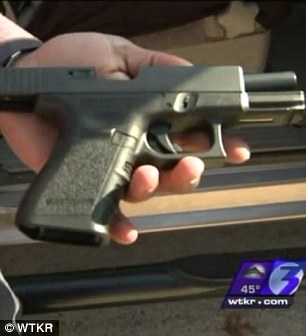 Failed robbery: Police say this man, left, entered the store carrying a gun when Mr McClean, an Air Force veteran, stepped out to his car to grab his glock .40 handgun, right, from his car

Relieving his endangered manager at the front of the store, Mr McClean described his boss’ immense gratitude to him after held up by a man police say had robbed more than 30 stores in the last year.
‘He was like, “Thank you Devin, you really saved my life,’ Mr McLean recalled of his manager.
Two days later, to his entire disbelief, he was fired.
‘I thought, what a shame. This guy has really gone above and beyond,’ Sheriff JD Diggs told WTKR of AutoZone’s decision. ‘I mean, what else could you ask an employee to do for you?’
AutoZone says they are standing by their policy against employees bringing firearms inside their stores and Mr McClean, a soon-to-be father, will not be rehired despite outpouring upset and support for him. 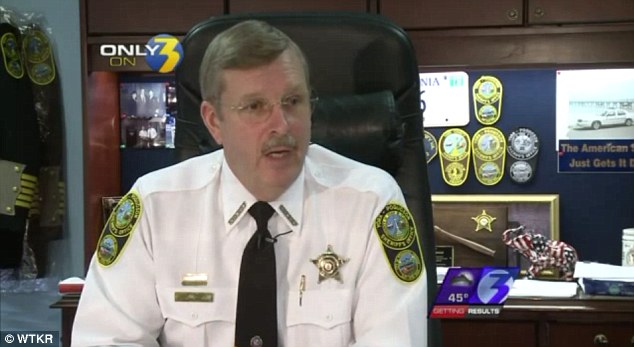 Criticizing: York County Sheriff JD Diggs has criticized the auto store for their decision to terminate Mr McClear from their store while additionally choosing to award the former employee

Now unemployed and with a baby on the way, that support alone, he says, has kept his spirits uplifted as he looks for new work.
‘AutoZone’s way of saying thank you – “Hey, you’re going to be fired” – it kind of made me feel sketchy about what I did,’ he told WTKR. ‘After all of this support, it makes me feel good. It lets me know I did the right thing.’
The attacker did manage to escape but as Mr Diggs notes and praises, no shots were fired along with any robbery being adverted.
‘Would he be wrong by not doing anything by taking no action? No, that’s an acceptable approach. I think that’s what AutoZone doesn’t understand. There’s more than one right answer,’ said Mr Diggs. 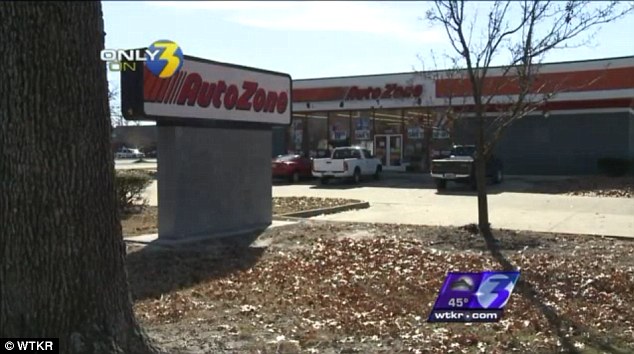 Series of attacks: The would-be robber had robbed more than 30 stores in the last year according to police before making his way to the auto store, pictured, which had been robbed before

Expressing his own support in Mr McClean’s quick-thinking and fearless decision, Mr Diggs says he plans to award him with a Sheriff’s Citizens Accommodation Award.

‘We do that occasionally when a citizen does something above and beyond, and I think he stepped up,’ he said of Mr McClean.


‘The initial training for the military instilled those core values,’ Mr McClean said of his reaction. ‘One is service before self, that kind of played a role in it, it kind of put my own life on the backburner for another man’s life.’
Read more: http://www.dailymail.co.uk/news/article-2245680/Devin-McClean-AutoZone-employee-Air-Force-vet-FIRED-confronting-armed-robber.html#ixzz2EgDamvMU