By LACHLAN CARTWRIGHT and LYDIA WARREN 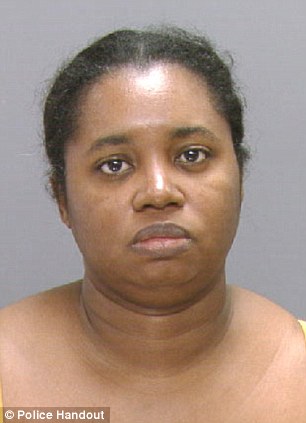 A mother is in police custody after allegedly killing her 18-month-old twins by drowning and smothering them, and attempting to poison their four-year-old sister to death.

This heartbreaking picture shows the moment one of the toddlers was carried from the Tacony, Philadelphia home where the horrendous killings occurred on Thursday afternoon.

Stacey Smalls, 41, is believed to have committed the crimes as she was in a jealous rage over an affair she thought her husband was having with another family member. 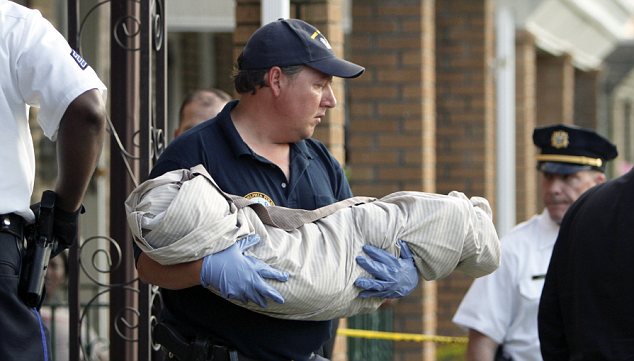 Her husband, Ron Smalls, returned to their home after work as a corrections officer and found the children’s bodies and his wife with her wrists slashed.

He frantically called 911 at 4 p.m. and told police his wife had killed their babies and tried to poison their four-year-old daughter.

When police arrived at the scene they found the woman who told them: ‘I harmed my babies.’

The 18-month-old twins, Adam and Eve, were found limp and lifeless on a bed in the front bedroom. They were pronounced dead at 4.10 p.m. Police say they appeared to have died of suffocation.

Four notes next to the children read, ‘This is why I killed your kids,’ and detailed the mother’s allegations of the husband’s affair, ABC reported.

‘She had something she felt was justification but there is no justification,’ Police Commissioner Charles Ramsay said. ‘It’s a tragedy two young babies dead and there is no excuse for that.’ 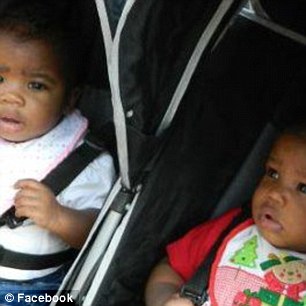 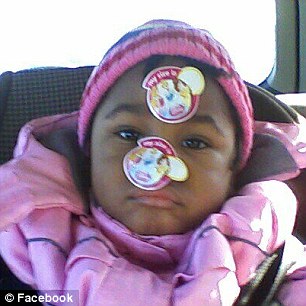 Victims: The 18-month-old twins, Adam and Eve (left), were found dead on a bed after apparent suffocation. Their four-year-old sister (right) is believed to have been poisoned by prescription pills 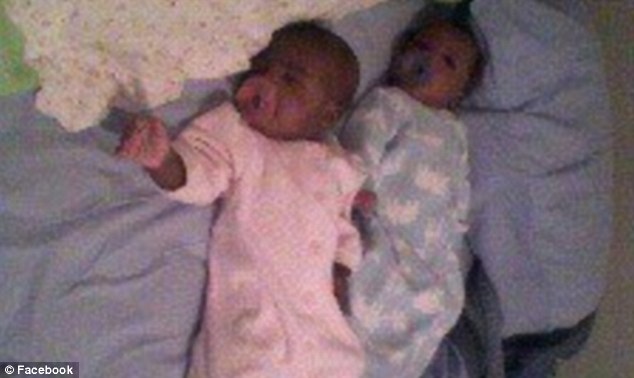 Police believe she gave her four-year-old daughter prescription pills. The young girl was reported to be in a stable and good condition at St. Christopher’s Hospital for Children.

Doctors were working to determine exactly what substance her mother had given her.

Police added that Smalls, who worked as a nurse at a nursing home, had apparently made attempts to take her own life by slashing her wrists.

On her Facebook page there are signs of a troubled marriage. She announced her marriage to Ron Smalls on December 17, 2010, but changed her relationship status to ‘divorced’ on May 19.

Her profile picture is an image of a car that she downloaded from the internet. Words sprayed across the side of the car read: ‘Hope she was worth it.’ Of the photo, she added: ‘I liked her style’.

Both Stacey and her husband have uploaded pictures of the youngsters. On one of Ron’s pictures of his daughters, he wrote: ‘Sisters, what a beautiful thing’.

But on Wednesday, just one day before the slayings, Stacey wrote on the picture: ‘Really, sisters what a beautiful thing. I guess it depends on which sister’ – perhaps in a nod to Ron’s alleged affair. 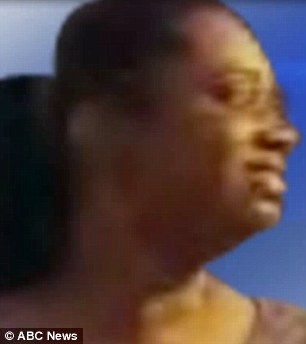 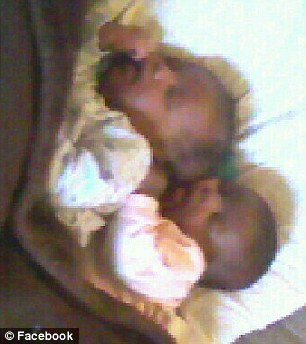 ‘Killer’: Stacey Smalls (left) is thought to have killed her twins (right) in a jealous rage after her husband allegedly had an affair with another family member 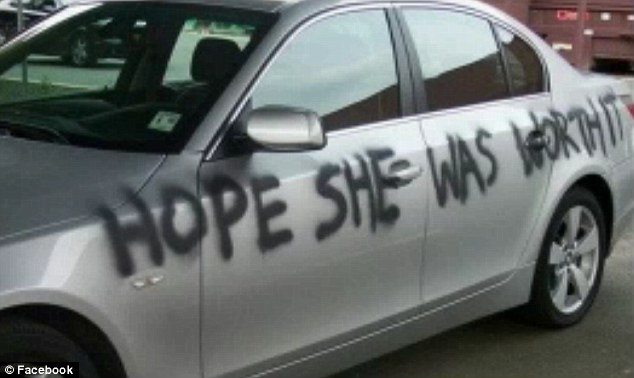 Anger: Her Facebook profile picture shows an image she uploaded from the internet of a car scrawled with the words ‘Hope she was worth it’ – in a nod to her husband’s alleged affair

On Friday, just one day after the deaths of his children, Ron Smalls dumped items – including their playpen, toys and highchairs – on the curb outside the home as a trash truck pulled up.

He told NBC 10 he was not ready to talk about the deaths but that his eldest daughter was stable.

Despite the public declarations of problems in the marriage, neighbours and coworkers said Stacey Smalls had appeared to be herself in recent days.

Tina Brown, who works with Smalls at River’s Edge Nursing Home, saw her at work the morning of the killings – and said there was no sign of anything wrong.

‘She said, “Hey, it’s a good day.” That’s all. She said, “Hi Tina, have a good day at work” and she left. She didn’t seem stressed out or anything like that,’ Brown said.

Neighbors were also shocked by the grisly scene and described Smalls as a pleasant woman. 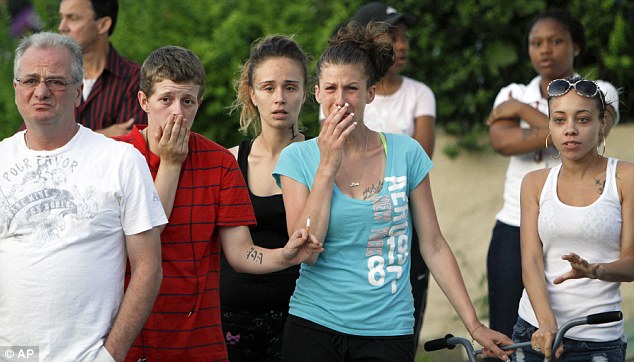 Shocked: Neighbors break down at the ghastly scene where a mother suffocated her toddler twins 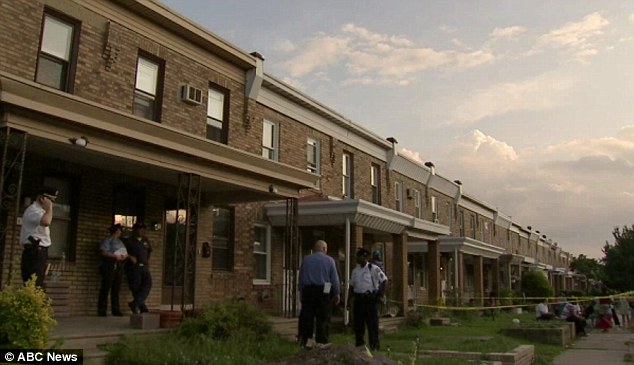 ‘What was so bad that you did that?’ Adrienne Birnie, told the Philadelphia Daily News. ‘If you can’t take it, give your kids to a neighbour.’

Other neighbors left candles and flowers on the porch where Smalls often sat with her children as they struggled to come to terms with the devastating news.

Celiness Espinosa, 36, said: ‘What went wrong, I don’t know. I don’t even want to imagine.’

Police Commissioner Charles Ramsey added: ‘It’s obviously even more tragic when you have young children, year and a half old. It’s a pretty sad sight.’

Both Stacey and Ron Smalls were interviewed by police following the tragedy. Stacey Smalls is currently in hospital for treatment of her injuries.

She will be charged with two counts of murder, Police Commissioner Charles Ramsey told NBC10.