A natural drug discovered in the soil of Easter Island could improve the memory of older people – and even treat Alzheimer’s, researchers say.

In tests in mice, the drug halted the decline in brain function as they got older, and offered hope that it could also treat depression.

The drug – rapamycin – is a bacterial by-product discovered in the shadows of the island’s famous statues.

It is named after Rapa Nui, the Polynesian name for Easter Island, which sits isolated in the Pacific ocean – 2000 miles from anywhere. 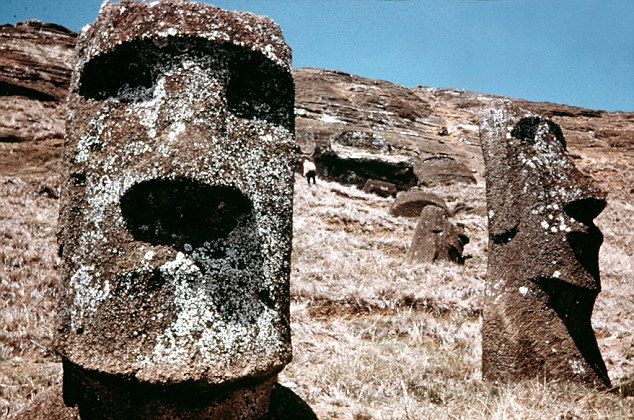 Easter Island heads: It is named after Rapa Nui, the Polynesian name for Easter Island, which sits isolated in the Pacific ocean – 2000 miles from anywhere 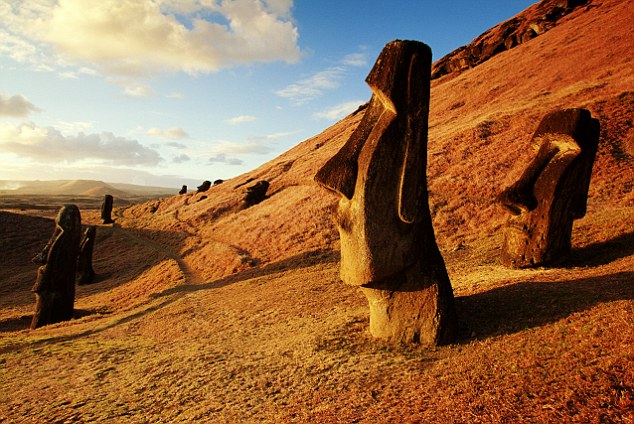 A natural drug discovered in the soil of Easter Island could improve memory in older people – and even treat Alzheimer’s, researchers say

It is already used in transplant patients to prevent organ rejection and now scientists in journal Neuroscience say it can improve learning and help treat cognitive decline.

It could even treat conditions like Alzheimer’s, they believe.

A team from the University of Texas added the drug to the diet of healthy mice and discovered it improved learning and memory in young mice and memory in elder rodents.

Professor Veronica Galvan said: ‘We made the young ones learn, and remember what they learned, better than what is normal.

‘Among the older mice, the ones fed with a diet including rapamycin actually showed an improvement, negating the normal decline that you see in these functions with age.’

The team also found three ‘happy, feel-good’ neurotransmitters – serotonin, dopamine and norepinephrine – were higher in the mice treated with rapamycin. 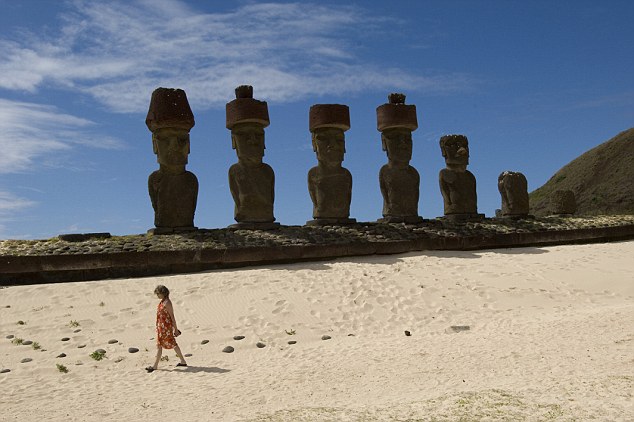 This could help explain the effects on memory, she said, and helped back up previous research which showed Alzheimer’s like syndromes were lowered in mice treated with the drug.

‘This is super-interesting and something we are going to pursue in the lab,’ she said.

It also lowered anxiety and depressive-like behaviour in the mice, she said.
Her colleague Dr Jonathan Halloran used a series of elevated tunnels that led to a catwalk to examine the behaviour of the rodents.

Mice prefer tunnels to open spaces and were watched on the catwalk.

Dr Halloran said: ‘All of a sudden the mice are in open space.
‘It’s pretty far from the floor for their size, sort of like if a person is hiking and suddenly the trail gets steep. It’s pretty far down and not so comfortable.’Mice with less anxiety were more curious to explore the catwalk, he said.

He explained: ‘We observed that the mice fed with a diet containing rapamycin spent significantly more time out in the open arms of the catwalk than the animals fed with a regular diet.’

‘So we can measure how much and how often they struggle as a measure of the motivation they have to get out of an uncomfortable situation,’ said Dr Galvan.

‘We found rapamycin acts like an antidepressant – it increases the time the mice are trying to get out of the situation. ‘They don’t give up; they struggle more.’