Florida A & M University drum major Robert Champion who was beaten to death allegedly wanted to be hazed to become lead drum major, and considered the cruel ritual an ‘honor,’ according to defendants in the case.

With chances for initiation ending with the football season, fellow band members told detectives that 26-year-old Champion agreed to run through a pitch-black, hot bus lined with people kicking and beating him with drumsticks, mallets and fists in a ritual known as ‘crossing over.’

Interviews with defendants in Champion’s killing and other band members released as part of a massive 2,300-file on Wednesday paint the most detailed picture yet of what happened the night he died last November. 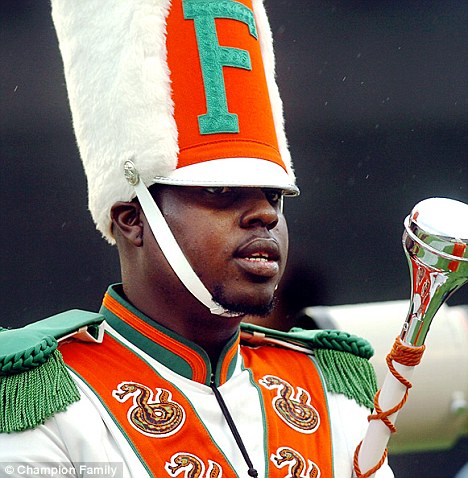 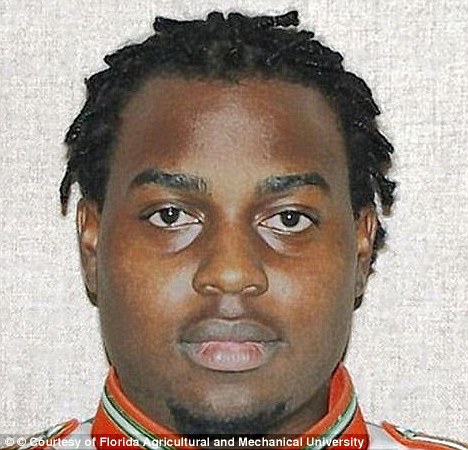 Tragic: Champion was beaten to death with drumsticks, mallets and fists as he made his way through the notorious ‘Bus C’

They also offer some insight into why Champion, whose parents and friends say was a vocal opponent of hazing rampant at the school, finally relented and got aboard ‘Bus C,’ the band’s notorious venue for hazing after its performances during FAMU football games.

Champion was seeking the top position in the famed marching band, leading dozens who had already endured the hazing ritual. The ‘Marching 100’ has performed at Super Bowls and presidential inauguration parades, and some felt the leadership position had to be earned.

‘It’s a respect thing, you know,’ defendant Jonathan Boyce, 24, told detectives. ‘Well, he was wanting to do it all…all season.’

What awaited him was a punishing scrum in which about 15 people pushed, struck, kicked and grabbed at participants as they tried to wade down the aisle from the bus’s driver seat to touch the back wall, according to the interviews.

One witness said bigger band members waited at the back to make the final few steps the most difficult. Several others who went through it said the ordeal leaves participants dizzy and breathless at a minimum. 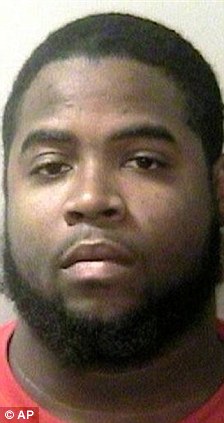 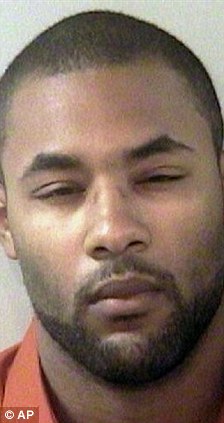 Accused: Caleb Jackson (left) and Ryan Dean (right) are among the 13 people accused of taking part in the hazing of Robert Champion 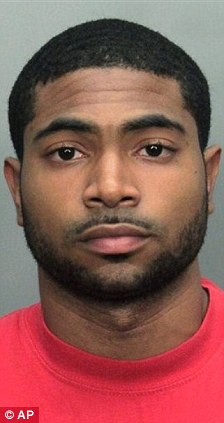 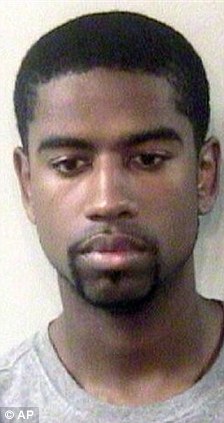 After finishing the ordeal, Champion vomited and complained of trouble breathing. He soon fell unconscious and couldn’t be revived. An autopsy concluded Champion suffered blunt trauma blows to his body and died from shock caused by severe bleeding.

The team has been suspended at least until next year, and its director resigned earlier this month.

Champion’s death had shed light on a culture of hazing ingrained in the prestigious band, although previous hazing incidents were well-documented at the school in lawsuits and arrests.

However, according to another defendant, 23-year-old Caleb Jackson, hazing on ‘Bus C’ is strictly voluntary. 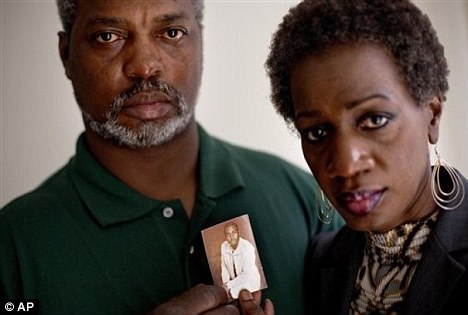 Grieving: Champion’s parents, Pam and Robert Champion Sr, said they did not believe that their son consented to the brutal beating

According to the Palm Beach Post News, Jackson has a lengthy arrest history dating back to September 2009 that includes charges for aggravated battery, resisting arrest, assault and battery, according to Leon County jail records.

When first questioned by detectives at the FAMU police department office, Jackson denied being on the bus the night Champion died.

Champion’s parents, Pam and Robert Champion Sr, said they are having a hard time believing that their son asked to be hazed.

‘He was murdered on that bus, and no one signs up for that,’ Pam Champion said.

After performing at the season’s final football game against FAMU’s arch-rival Bethune-Cookman University on November 19, Champion rode in a stretch limo with band director Julian White and other drum majors back to their Orlando hotel.

Even though band members are required to sign a pledge promising not to participate in hazing, initiations were planned that night for Champion and two other band members aboard ‘Bus C.’ 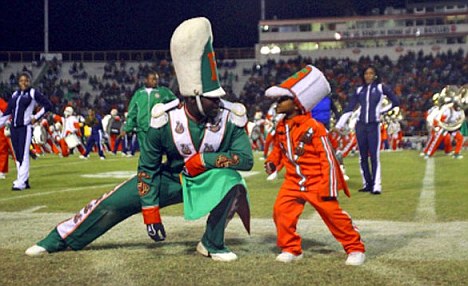 Banned: In the aftermath of Champion’s death, the Marching 100 has been suspended until at least next year

Along with ‘crossing over,’ the bus was also known for ‘the hot seat,’ which involved getting kicked and beaten with drumsticks and bass drum mallets while covered with a blanket.

Boyce, who was back at a hotel room, said that people on the bus were sending him texts to ask if Champion was going to participate. Boyce said Champion told him he intended to go through with it.

Ryan Dean, a drummer who rode on Bus C regularly, and who also has been charged in the victim’ death, said he was surprised when Champion told him he planned to participate.

Dean, who said he had been hazed previously, said there always pressure to submit.

‘If you want to be somebody, you do it,’ Dean added. 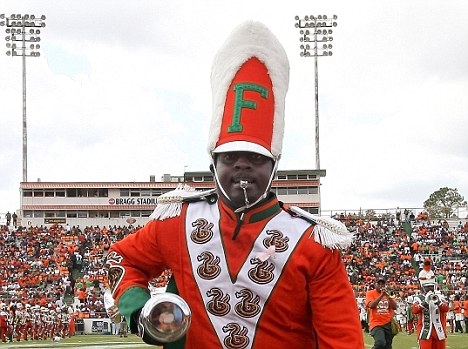 Aspirations: Champion was vying to become lead drum major when he allegedly submitted to the hazing ritual

Drum major Keon Hollis, who was hazed immediately before Champion, said the bus usually carried the percussion section, whose respect is considered crucial because it is the largest. Hollis said he was kicked, punched and struck with straps. Another band member, Lissette Sanchez, also was hazed before Champion.

Boyce said he was in a female band member’s hotel room when someone called to say Champion was on the bus. By the time Boyce got there,

Champion was in the back, getting kicked and punched, said Boyce.
He said he and another defendant, Shawn Turner, tried to shield Champion from the blows and pull him to the back of the bus to end the ritual quickly – an account that was confirmed by Turner.

Champion seemed fine immediately afterward, Hollis said, only saying he was thirsty. Hollis said he gave Champion something to drink.

Soon after, Champion began panicking, saying he could not breathe or see, even though his eyes were wide open, Boyce said.

Another defendant in Champion’s death, 20-year-old Harold Finley, also has been charged with the hazing of Sanchez, who was allegedly hit with ‘straps, hands, sticks and a big orange traffic cone.’

Jeremiah Wright give another controversial speech about race