The team formed by Maricopa County Sheriff Joe Arpaio said in March that there was probable cause that Obama’s long-form birth certificate released by the White House in April 2011 was a computer-generated forgery.

Now, Arpaio says investigators are positive it is fraudulent.

This is the latest salvo in an ongoing political war between the Obama administration and the man dubbed ‘America’s toughest sheriff.’ The Republican has been under pressure from the Justice Department over allegations his office racially profiled Latinos and failed to fully investigate numerous sex crimes cases. 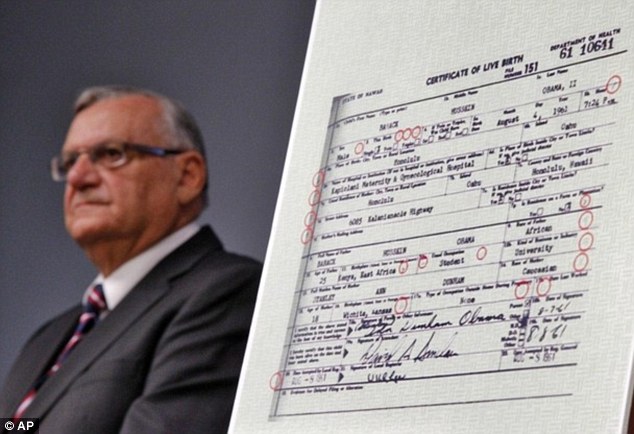 Conclusion: Maricopa County Sheriff Joe Arpaio announces on Tuesday, July 17, 2012, in Phoenix that President Obama’s birth certificate, as presented by the White House in April 2011, is a forgery based on an investigation by the Sheriff’s office 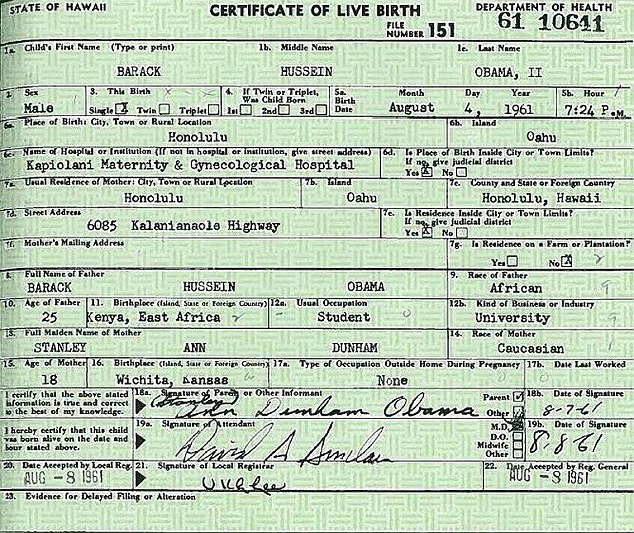 Dispute: Arpaio claims the numbers written in the margins of the birth certificate are numeric codes that don’t match up to the information provided, which means the document is a forgery

A civil rights lawsuit brought by federal authorities goes to trial on Thursday and critics say Arpaio’s press conference was nothing more than a diversionary tactic to distract from the legal case. Supporters say the timing is coincidental.

Mike Zullo, the posse’s chief investigator, said numeric codes on certain parts of the birth certificate indicate that those parts were not filled out in the original form, yet those sections asking for the race of Obama’s father and his field of work or study were completed in the version the president released in April 2011.

Zullo said investigators previously did not know the meaning of codes but that the codes were explained by a 95-year-old former state worker who signed the president’s birth certificate.

Zullo said a news reporter who has helped out in the probe let investigators listen in on an interview of the former state worker he conducted.

The Obama campaign declined to comment on Arpaio’s allegations. 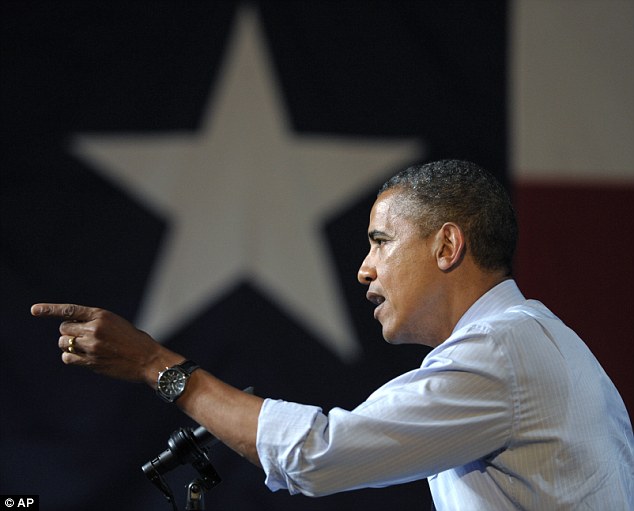 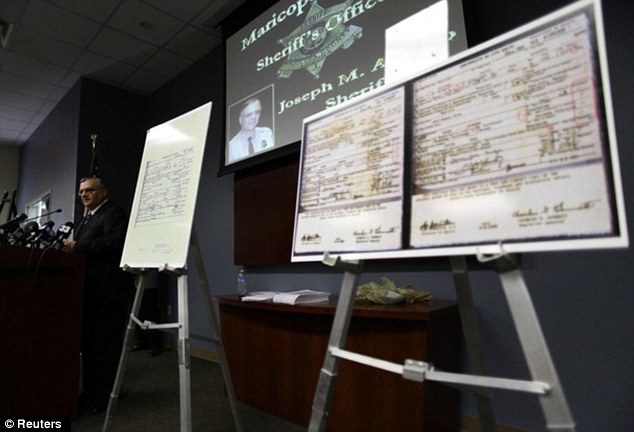 The Arizona Democratic Party says in a statement that Arpaio’s investigation is intended to draw attention away from problems within his own agency, such as hundreds of sex-crimes cases that the sheriff’s office failed to adequately investigate over a three-year period.

So-called ‘birthers’ maintain Obama is ineligible to be president because, they contend, he was born in Kenya.

‘President Obama was born in Honolulu and his birth certificate is valid,’ Joshua A. Wisch, a special assistant to Hawaii’s attorney general, said in a statement. 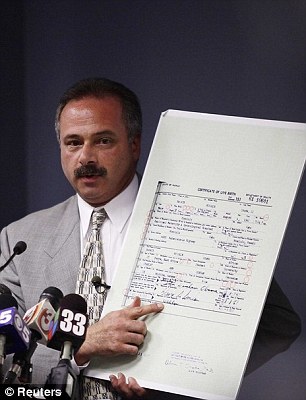 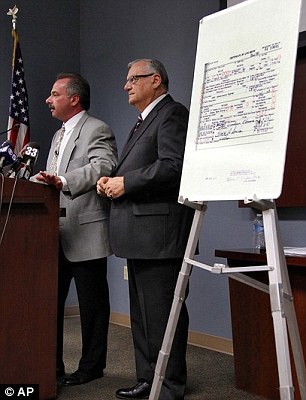 ‘Regarding the latest allegations from a sheriff in Arizona, they are untrue, misinformed, and misconstrue Hawaii law.’

Wisch also said that ‘not only are Hawaii’s vital records some of the best managed, but they also have some of the strongest restrictions on access to prevent identity theft and fraud.’

Obama released a copy of his long-form birth certificate in an attempt to quell citizenship questions.

Courts have rebuffed lawsuits over the issue.

Woman, 26, burned with iron and tortured after held hostage in apartment for a MONTH