A high school basketball star nicknamed ‘crimestopper’ has been arrested for allegedly attacking his girlfriend because she wanted to break up.

Aquille Carr, 18, is accused of throwing to the ground the mother of his child Treshonda Williams, 26, then kicking and punching her.

He was arrested the next morning after the alleged attack outside a trade school in Southeast Baltimore on Friday night, according to court records.

Carr rose to fame after impressive displays for Patterson High School in Baltimore. The 5ft 7 point guard was given the nickname ‘crimestopper’ because it was said that crime stops in East Baltimore when he is on the court.

Aquille Carr shows off the basketball skills that have seen him tipped for stardom. His future hangs in the balance after being arrested for an alleged assault on his girlfriend

The arrest now raises doubts over the future of one of the country’s brightest basketball stars.

Police records show that his Carr’s partner Miss Williams was inside the All-State Career School on Tuesday when she began receiving messages from him.

The pair have a daughter, Averi, who was born in March. But Miss Williams tried to break off the relationship.

The couple began talking outside the school but then Carr grabbed Miss Williams by her shirt and allegedly hurled her to the floor. 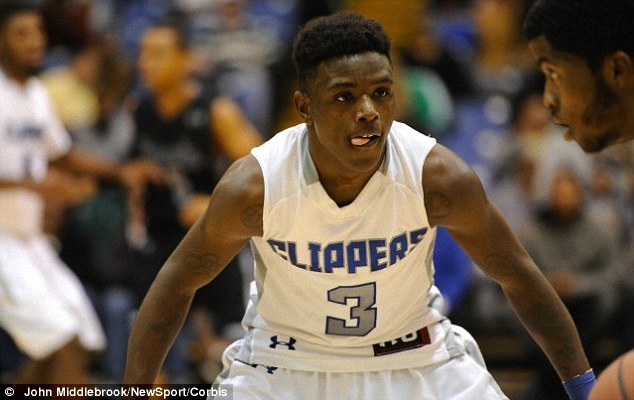 Carr was given the nickname ‘crimestopper’ for his strong displays at Patterson High School. Apparently the title was because no crime happens on court when he is playing

‘Ms. Williams advised Mr. Carr that she does not wish to be with him anymore, and she told Mr Carr that the relationship was over,’ an officer wrote in charging documents, according to the Washington Post.

According to police, Miss Williams had severe pain in her left arm but no visible injuries.

Carr played in a showcase basketball game featuring NBA stars later that day at St. Frances Academy in Baltimore. He was due to hose an after-party but cancelled at the last minute.

Police spokesman Anthony Guglielmi says Carr was charged in a warrant based on statements from the victim.

Carr is a rising senior and had recently committed to play at Seton Hall university for the 2013/ 2014 season. 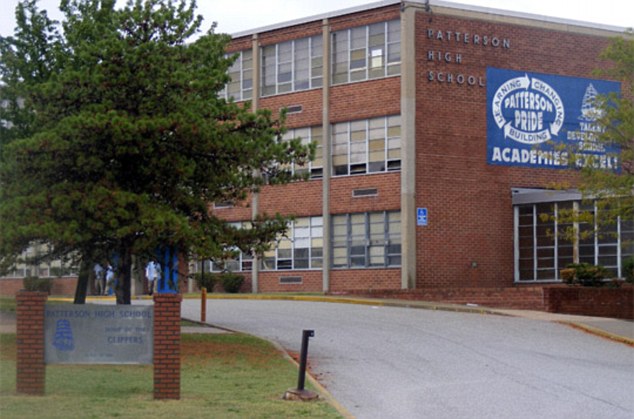 Patterson High School in Baltimore, where Carr rose to prominence. He transferred to St Patrick in New Jersey and is due to play for Sefton Hall in 2013 and 2014

Carr became one of the most promising talents after impressive performances for Patterson High School  before transferring this spring to St. Patrick High in Elizabeth, New Jersey.

Videos of him on YouTube performing slam dunks and dribbled have been watched millions of times.

He was even offered a $750,000 contract offer from an Italian pro team after scoring 45 points in a U-19 tournament in Milan.

But the incident now raises doubts about his future.

Seton Hall coach Kevin Willard is keen to cut out off-court dramas involving his players after trouble under former coach Bobby Gonzalez, according to Yahoo.

Michaela DePrince: The war orphan who became a ballerina