The Batek (or Bateq) are an indigenous people (currently numbering about 1,516) who live in the rainforest of peninsular Malaysia. As a result of encroachment, they now primarily inhabit the Taman Negara National Park. They are nomadic hunters and gatherers, so the exact location of theirsettlements change within the general confines of the area that they inhabit.

The common phrase used to refer to them, ‘orang asli’, signifies a diverse group of which the Batek tribe is a part. It means ‘original people’ in Malay and was probably first used to identify these people by Austronesian-speaking settlers who arrived by boat from the islands of Southeast Asia. The Batek people were first documented by Europeans in 1878, when explorer-naturalistNicholai Miklukho-Maklai of Russia wrote about them.

Until about 1970 much of inland peninsular Malaysia was difficult to reach for the purposes of logging, so the Batek were widespread throughout that region. Since it is now possible to harvest the trees in that region, the Batek are pretty much confined to Taman Negrara National Park and the surrounding region.

The Batek language belongs to the Aslian branch of the Mon–Khmer language family.

The Batek normally live in familial groups, in tents and lean-tos, with about 10 families forming an encampment. Each encampment generally has control of the land immediately around it, but since the Batek do not believe in the concept of private land ownership, the encampment considers it to be the caretaker of the land, rather than its owner. Also since they are nomadic once most of the usable wild plant resources have been depleted from a given location they will move to another spot, within their habitat.

The Batek economy is very complex, with some things such as land, having no right of ownership. Somethings where there is a personal property right, but social norms dictate that it be shared with the entire society such as food that is found by foraging. There are some things that are considered personal property, such as a man’s blowgun, or a women’s hair combs. 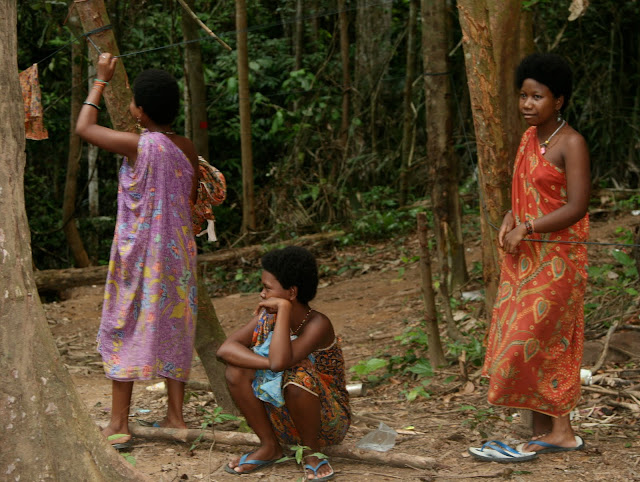 Batek are a peaceful society. If a member of the group has a conflict with another member of the group they will discuss the matter privately. If that does not end the disagreement, each will publicly share their side of the argument in an attempt to have other members of the camp suggest a resolution. Since each adult member of the camp is equal, there is no internal leader or adjudication system so one or both of the aggrieved parties will leave the camp until cooler heads prevail.

It is a moral obligation for Batek to share food for which they have acquired. Normally the person who harvests the food item will first give to their immediate family, then their extended family and finally the rest of the camp. If everyone is giving to everyone else, a family who is down on their luck will still have food to eat, although not as much as if they harvested it themselves.

Since the hunting and butchering of meat causes a large amount of food to enter the camp at once, there is a more formal and ritualistic way of dividing it, for example with a monkey, first the members of the hunting party eat the offal and tail, because they cook the fastest, then the cooked meat is divided into about 13 parts, so that each family in the camp gets some, with the portions adjusted according to the size of the family. 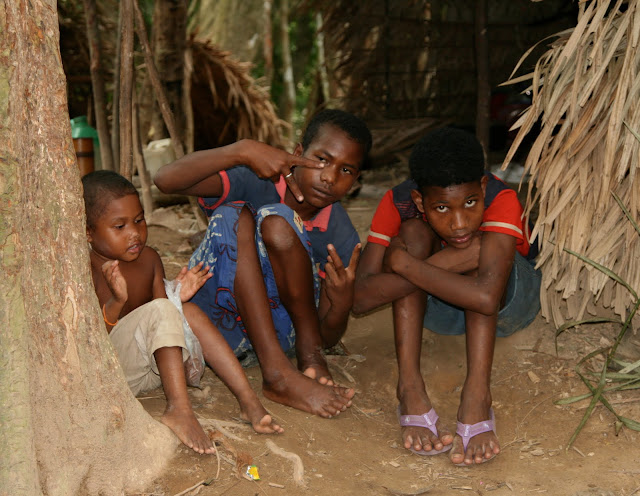 The Batek do not consider this sharing of resources to be an act of kindness, they believe that all food items belong to the forest, so that the person who happens to be in possession of food has a moral obligation to share it. Since the dwellings are open, it is impossible to hoard food without others knowing about it, since selfishness is prohibited, it would not be considered stealing for another member of the camp to take food away from someone who was hoarding, if the taker was hungry.

They feel an obligation to give when they are asked for something. This feeling is reinforced by their belief that to refuse a request can cause super-natural harm to the person refused and by their knowledge that this will evoke the anger of the community at the offender. 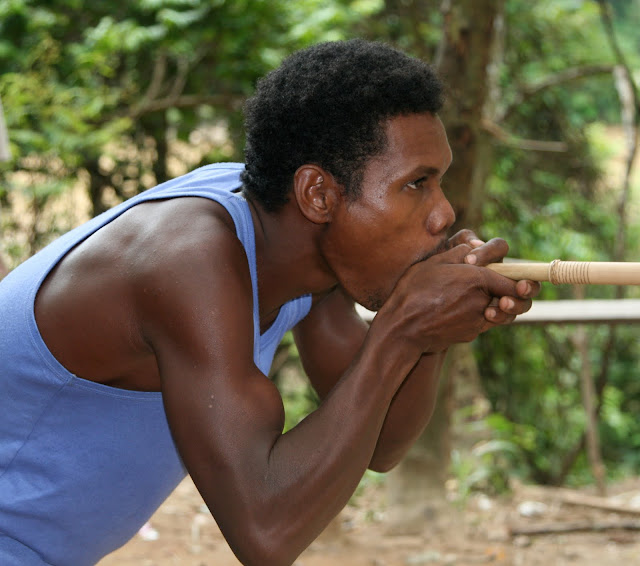 Although personal possessions like radios and tobacco belong exclusively to the person who acquired them, it is common for those items to be lent or sometimes even borrowed without the owner’s knowledge. The Batek believe that if a requested favor is refused, the person who was turned down, will likely suffer misfortune, and when the misfortune happens everyone in the camp will be angry at the person who was unkind.

There are two more practical reasons that sharing and kindness are widespread in the Batek community, first each man has a blowgun, used mainly for hunting, so if all in the group did not get along, someone could be subject to violence. Also the rain forest is very hot and damp so keeping things long-term is impractical, food will rot and hardware will rust if it is not used frequently.

External disagreements become a little more tricky, since the Batek do not have leaders or a military, the Batek are generally at the mercy of the Malaysian Government. Malaysia does not recognize Batek sovereignty so during the 20th century the Government gradually encroached on the Batek land, to use it for logging and farming. Since the 1960s the Government has encouraged the Batek to live in Pos Lebir and become non-nomadic farmers. Most Batek are unwilling to settle in Pos Labir because it has not been dedicated to the Batek, they would have to leave there if the Government asked and they would lose their nomadic lifestyle and their religion. One of the Batek summed up the situation by saying: “We Batek are rich if we have a cooking pot, digging stick, bush-knife, lighter, tobacco, salt and fishing pole. Also a man is sad if he doesn’t have a blowpipe. We only want four or five sarongs, we don’t need trousers. If we live here (in Pos Lebir), we need money, if we have money we buy a lot. But if we have no money, no problem, we reject possessions. When we live in the forest, we don’t need them. We can dig tubers. If someone doesn’t have food, others give it as in the old days.”

Jayavarman II: founder of the Khmer Empire in southeast Asia