There are seven billion humans on Earth, spread across the whole planet. Scientific evidence suggests that most of us can trace our origins to one tiny group of people who left Africa around 70,000 years ago. In this five-part series, Dr Alice Roberts follows the archaeological and genetic footprints of our ancient ancestors to find out how their journeys transformed our species into the humans we are today, and how Homo Sapiens came to dominate the planet.
When our species first arrived in Europe, the peak of the Ice Age was approaching and the continent was already crawling with a rival: stronger, at home in the cold and even (contrary to the popular image) brainier than us. So how did the European pioneers survive first the Neanderthals and then the deep freeze as they pushed across the continent?
Alice Roberts reconstructs the head of the ‘first European’ to come face to face with one of our ancestors; she discovers how art became crucial for survival in the face of Neanderthal competition; and what happened to change the skin colour of these European pioneers.
Finally, spectacular new finds on the edge of Europe suggest that the first known temples may have been a spark for a huge revolution in our ancestors’ way of life – agriculture 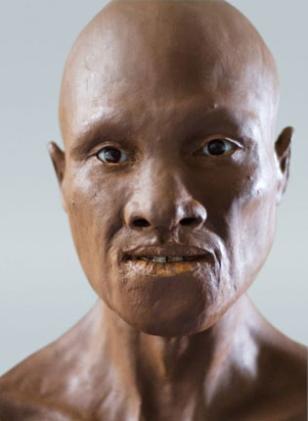