A drink made from berry wine could help diabetics cope with their condition, say researchers.

People with type 2 diabetes struggle to control their blood sugar levels as their bodies do not produce enough insulin.

As a result they must be careful how many carbohydrate-rich foods they eat as the body turns them into glucose, making blood sugar levels rise. 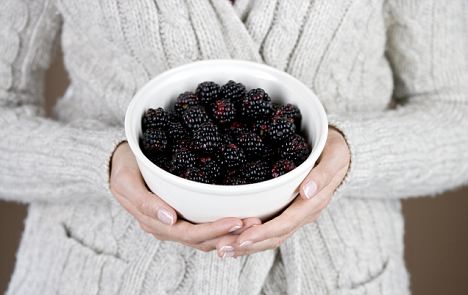 Now a study from the University of Illinois, has found that compounds found in both blueberry and blackberry wines inhibit two enzymes that are involved in the body’s absorption of carbohydrates.

The team said lab tests revealed a blueberry-blackberry blend of wine inhibited the carb-degrading enzymes, known as alpha-amylase and alpha-glucosidase, almost as much as an anti-diabetes drug.

In a second study, graduate Michelle Johnson measured the antioxidant, polyphenol, and anthocyanin levels in blueberry and blackberry wines. Her proposed blend contains an abundance of these bioactive compounds, which add to its healthful properties.

The researchers are particularly interested in the ability of anthocyanins to reduce inflammation, which contributes to the development of many chronic illnesses, including cancer, metabolic disease, and cardiovascular disease.

To that end, they are experimenting with the berries’ effects on inflammatory cells, and they have found that anthocyanins reduce markers associated with the inflammatory response.

‘Preliminary studies have indicated that anthocyanins may have a positive effect on cognition and overall brain health while protecting against some of the effects of aging, such as Alzheimer’s disease and memory loss. These berries have some very intriguing components,’ said Professor Elvira de Mejia.

She added that the bioactive ingredients could also be added to any prepared beverage to give it colour, flavor, and nutritional punch, making them useful to the food industry.

Diabetes occurs when the body is no longer able to control the level of sugar in the blood.

Type 1 diabetes is when the body produces no insulin, and affects one in 10 with the condition. It usually develops before a person turns 40. Patients have to take insulin injections for life to manage the condition.

Type 2 diabetes affects nine out of 10 people with the condition. It occurs when the body does not produce enough insulin to function properly, or the body’s cells do not react to insulin. This is known as  resistance. It usually affects those aged over 40 and is related to lifestyle factors such as obesity and heavy drinking.

It can be treated with lifestyle changes such as a healthy diet and regular exercise, however sometimes medication is needed as well. It is also progressive so can get worse over time.

Left untreated, it can cause a host of health problems including heart disease, stroke, nerve damage and blindness.

The Impact of racism and heart disease on African Americans