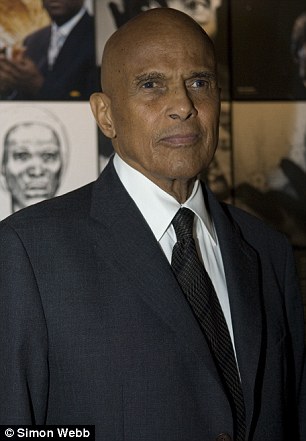 Harry Belafonte has blasted Beyoncé and Jay-Z in a new interview, accusing the couple of ‘turning their back on social responsibility’.

The American singer and activist told The Hollywood Reporter that the celebrity pair haven’t done enough for minorities in Hollywood.

Belafonte even told the publication that he thinks Bruce Springsteen does more than Beyoncé and Jay-Z have ever done.

Asked if he is ‘happy with the image of members of minorities in Hollywood today’, Belafonte replied: ‘Not at all. They have not told the history of our people, nothing of who we are. We are still looking.

‘We are not determinated. We are not driven by some technology that says you can kill Afghans, the Iraqis or the Spanish. It is all — excuse my French — s**t. It is sad.

‘And I think one of the great abuses of this modern time is that we should have had such high-profile artists, powerful celebrities. But they have turned their back on social responsibility.

‘That goes for Jay-Z and Beyoncé, for example. Give me Bruce Springsteen, and now you’re talking. I really think he is black.’

Belafonte also used the interview to voice his political opinion. Asked if he would want to see Mitt Romney take over from Obama as the President of the United States, Belafonte replied sarcastically: ‘Only if I would like to see the end of civilization. No, absolutely not. Mitt Romney is not my cup of tea at all.’ 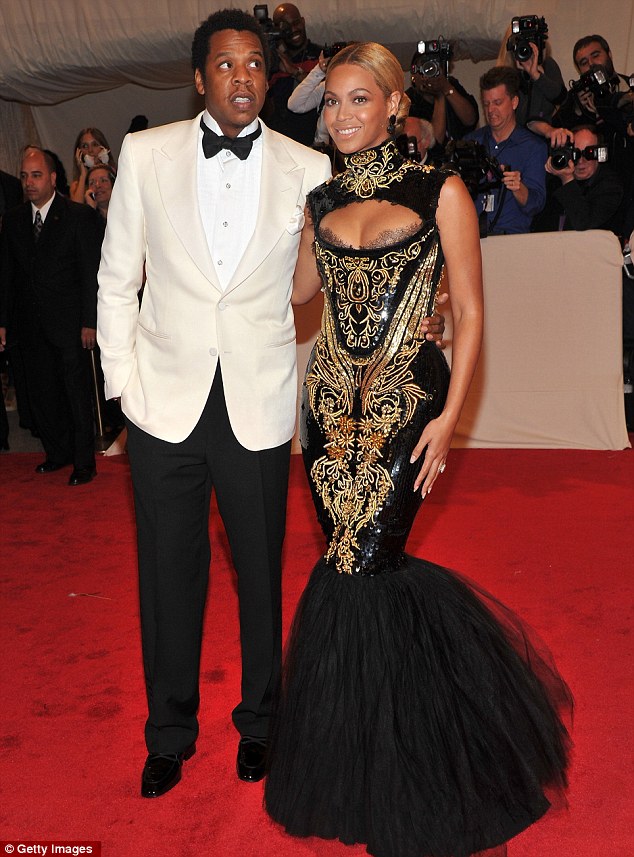 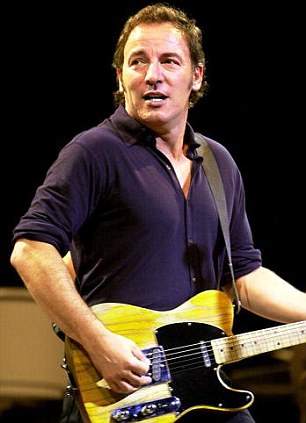 ‘Example to all’: Belafonte said of Springsteen ‘I really think he is black’

However, while Belafonte didn’t hold back with his comments about Beyoncé and Jay-Z, the couple both do a lot to use their profiles in the name of charity.

Beyoncé recently announced that she would be donating the proceeds of her album track I Was Here to World Humanitarian Day.

The Grammy-award winner singer will film a video for the track at the United Nations General Assembly Hall in New York City in front of a live audience on August 19.

‘We all see the headlines and we think what can I really do to help?’, she said.

‘World Humanitarian Day is an opportunity for all of us to work together to make a difference. This is our time to leave our mark on the world and show that we were here and we care.’

The campaign website which launched yesterday, encourages people to share their acts of good will, in the hope the message will reach someone.

Meanwhile, Jay-Z also has his own charitable foundation called the Shawn Carter Foundation.

Through the charity, the singer helps ‘individuals facing socio-economic hardships further their education’.

Both Beyoncé and Jay-Z also use their names to help draw attention to charitable causes.