By GENE DATTEL
Published: December 1, 2012
WATCHING the American political conversation over the last two years, you might easily have assumed that everything and everyone was working from the same playbook of partisan and racial polarization. That is, unless you were watching the Mississippi Delta, where, over the last few years, three towns — Greenville, Greenwood and Indianola — with overwhelmingly African-American populations elected white mayors.
The Delta, which lies roughly between the Yazoo and Mississippi Rivers, is a complex and historically star-crossed region. It has been majority black since the early 19th century, when its fertile land became the heart of the cotton kingdom and the chattel slavery system that exploited it.
Today, America associates the region with blues music and civil rights history. Heritage markers throughout the Delta identify civil rights landmarks, including the site of the murder of Emmett Till and the grave of the activist Fannie Lou Hamer. The first pro-segregation Citizens Council was founded in Indianola — which was also the boyhood home of B. B. King.
And, since the civil rights revolution, the Deep South has become a bastion of black political power: Mississippi has more black elected officials than any other state. But these men and women are invariably elected by majority-black districts, and those who win their positions tend to keep them.
The results are predictable. Politicians of any race who assume their seats are secure eventually lose touch with voters. Everyday needs go unmet; minor irritants like broken stoplights go unfixed. Problems multiply. Schools fall into disrepair. Crime rises. Populations decline. 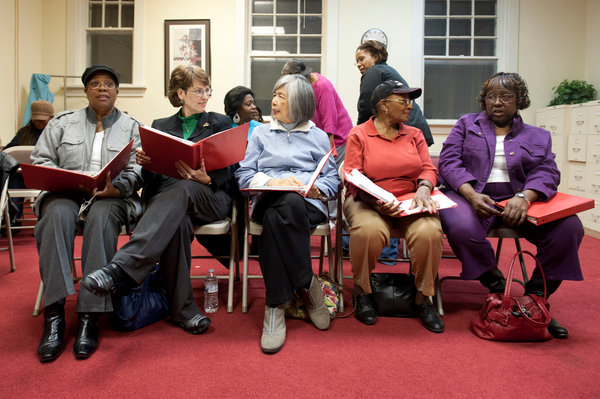 This was exactly what happened in the towns of Greenville, Greenwood and Indianola. All three were falling apart, devastated by unemployment and decades of political neglect. And all three, each at least 65 percent black, overwhelmingly elected mayors who ran against the entrenched political system — and who just happened to be white.
What’s noteworthy is not so much that blacks elected whites — though that’s surely significant — but that race wasn’t an issue in the first place. To understand how, one needs to understand the personalities of these three officials.
All had deep Delta roots. Born in Yazoo City, Mayor Chuck Jordan of Greenville, population 34,000, was one of 11 students at the local Catholic parochial school. From there he went to Mississippi State University. A retired bank president and political independent, he knew the local businesses and was appreciated by both black and white citizens. As one black woman in Greenville said, “He knows people.”
His zeal for the community was new and infectious, and he won over two-thirds of the vote in his 2011 mayoral race against a black candidate.
Mr. Jordan — who died of pancreatic cancer in November, having learned about it just a few months earlier — proved immensely popular and effective in office. After being ignored by the previous mayor, a black woman in Greenville was surprised when Mr. Jordan telephoned her to respond to her concern about a derelict vacant lot. He was succeeded by a well-respected white lawyer named John Cox.
A similar story unfolded in Indianola, population just 10,600. Mayor Steve Rosenthal’s family came to the Delta from Eastern Europe at the turn of the last century. He attended the Indianola schools and graduated from the University of Memphis. Like most Delta Jews, his ancestors established a dry goods store, which Mr. Rosenthal owned and operated for years.
A store in a Delta town means daily interaction with both white and black residents; decades of relationships and civility engendered trust among Indianola’s black population. Mr. Rosenthal, a Democrat, has run his administration the same way he ran his store: business-minded and community-focused.

Meanwhile, Mayor Carolyn McAdams was raised in Greenwood, population 15,000, and attended Mississippi State College for Women. Before her election, she worked for the housing agency in Greenwood and as an accountant for a private company. Her frequent professional contact with African-Americans made her transition to politics natural.
Interestingly, “The Help,” the popular movie that pilloried Southern white women, was filmed in Greenwood. But Ms. McAdams, like Mr. Jordan a political independent, hardly fits the caricatures presented in the film. While she was campaigning, an African-American woman picked her up and said, “Honey, we’ve been waiting for you.” Mayor McAdams has balanced the city’s budget for the first time in years.
How could this happen in an area so identified with racial turmoil? It’s easy: beneath the easy assumptions about racial animosity in the South, a different ethos prevails. The races interact daily in these small towns. Despite the oppressive Jim Crow system of the past, people know one another intimately. Trust, it turns out, trumps race. That doesn’t mean racial tension doesn’t exist. But there’s a capacity to look beyond it, born of lifelong intimate contact, that’s rarely found in larger cities.
Each of these towns experienced the civil rights movement. They also experienced mechanization, which displaced the black labor force. When the promise of the civil rights revolution was challenged by the realities of deindustrialization, hope was replaced by disappointment and disillusionment. The moral clarity of the struggle against legal segregation was replaced by de facto segregation and self-segregation — a problem hardly unique to the South.
These problems still exist. The new mayors face the well-chronicled Delta debacle: unemployment, crime and poor education and health outcomes. No one has exaggerated expectations about solutions. Despite their new leaders’ early promise, there is no guarantee that any of the towns will look different when the mayors leave office.
That, however, shouldn’t detract from the importance of the moment. These elections illustrate that personal relationships can supersede race in a highly partisan time, when black and white too often become proxies for left and right. Of course, it took near-crisis situations to break the political status quo, and it may not happen again. But for once, race mattered less than community, in the least-expected place.