NEW YORK--Adviser Dywane Hall says winning over African-Americans as clients requires overcoming a major hurdle: Many in the black community don’t feel they need financial advice.
Many African-Americans don’t see a pressing need for financial help as they are the first or second generation to have earned a good income and build wealth, the Alexandria, Va., adviser says. Financial-planning concepts are new to many whose parents or grandparents never earned enough money to justify seeking out financial advice, he adds.
“If they’re making a good salary, they think, ‘I’m alright,'” says Mr. Hall, who works with many African-American investors and is affiliated with LPL Financial LPLA -1.22% LLC. “But if you teach folks and can demonstrate the value of what you’re doing, you have extremely loyal clients once that ‘Ah, ha!’ moment comes.” 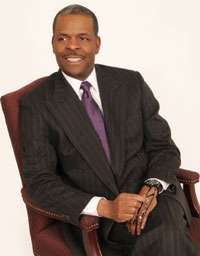 Although the earning power of the black community is growing, African-Americans are less likely than members of the general population to have a financial adviser or to have been contacted by one.
The underserved community represents a tremendous opportunity for those advisers who reach out in the right way–something that’s far easier than many advisers believe, say Mr. Hall and other advisers who work with those in the black community.
The buying power of African-Americans will rise to $1.3 trillion in 2017 from $1 trillion in 2012, according to the Selig Center for Economic Growth at the University of Georgia’s Terry College of Business. In addition, African-American consumers’ share of the nation’s total buying power is rising, the center says.
Yet just 19% of African-Americans have a financial adviser, compared with 30% among the general population, according to a recent survey by Prudential Research. And while 48% of the African-Americans surveyed had been contacted by an adviser, 55% of those in the general population had, the report found. 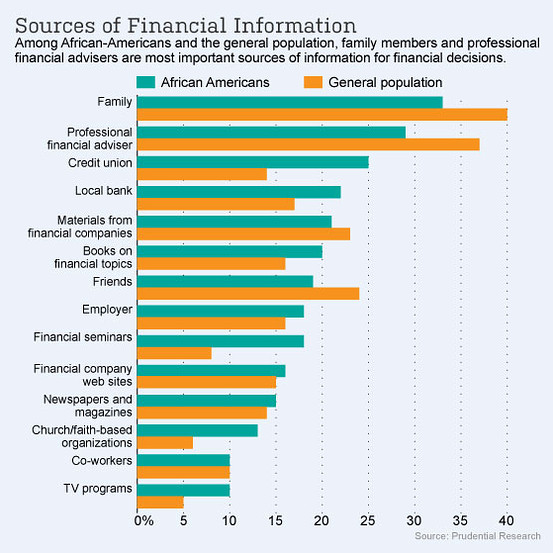 Among the hurdles is the fact that some African-Americans believe they aren’t ready for an adviser, said George Barnes, an East Hanover, N.J., financial adviser with Prudential Financial Inc.PRU -1.98% (PRU). They may be carrying debt, and feel they need to whittle it down before they’re ready for financial planning, he says.
Indeed, the Prudential Research survey said that 94% of African-Americans are carrying some debt compared with only 82% of those in the general population. Credit-card, student-loan and personal debt are all significantly higher in the African-American community, the survey found.
More education is needed not just for African-Americans, “but across the board,” Mr. Barnes says. Advisers must find a way to balance education with their businesses, but shouldn’t expect an immediate investing or planning client if they reach out to the community. Relationships will develop naturally as advisers become involved, he says.
For example, Mr. Hall of LPL Financial is a founding member of the Association of African-American Financial Advisors, a group of professionals, including advisers and attorneys, who present financial literacy programs to college students at historically black colleges and universities. Such organizations offer an excellent way to develop a link to the community while imparting financial knowledge, advisers say.
Family members and financial advisers are the most important sources of information for African-Americans and those in the general population when making financial decisions, the Prudential Research survey found. But African-Americans are much more likely to choose credit unions, financial seminars and faith-based organizations as important financial sources, according to the survey.
Dwight Raiford, a broker with Raiford, Roman & Associates, a New York office of MetLife Securities Inc., says many advisers are trained to court only the most affluent investors, which misses a broad swath of middle-income investors. Historically, many businesses haven’t embraced the African-American community, he adds, noting that it took banks and coffee chains some time before they opened branches in places such as Harlem, a major African-American neighborhood in New York.
But the growth in the buying power of African-Americans as well as the fact that most in the community tend to have a favorable impression of advisers suggests that “it’s very fertile ground for us,” says Mr. Raiford, who works mostly with African-American clients. “Those of us who are working in the market are finding that as well.”
Advisers can reach out to the community through charities, schools, churches and other organizations, but should get involved in something that matters to them, Mr. Raiford says. Twenty-five years ago, for instance, he and his wife founded a Little League Baseball team in Harlem.

The Atlanta Race Riot of 1906: Forgotten Moment in Black History