By LYDIA POLGREEN
Published: February 18, 2013
JOHANNESBURG — Mamphela Ramphele, a respected veteran of the struggle against apartheid, announced on Monday that she had formed a new political party to compete against the governingAfrican National Congress, calling on South Africans to “join me on a journey to build the country of our dreams.”

The party is called Agang, a Sotho word meaning “build.” In recent years, Dr. Ramphele, 65, a medical doctor who became an anti-apartheid activist and a leader of the Black Consciousness Movement, has focused on social activism and business. Until last week, she served as the chairwoman of Gold Fields, a major mining company.

The new party is the latest in a string of challengers to the dominance of the A.N.C., which has handily won every national election since apartheid ended in 1994 but has come under increasing scrutiny over charges of corruption and poor governance. In addition, inequality has grown in South Africa since the end of apartheid, despite the party’s pledge to bring “a better life for all.” The country’s education system is a shambles.

Dr. Ramphele forcefully argued to an audience at the old Women’s Jail in Johannesburg that the government had failed to deliver, and she vowed to tackle corruption head on. 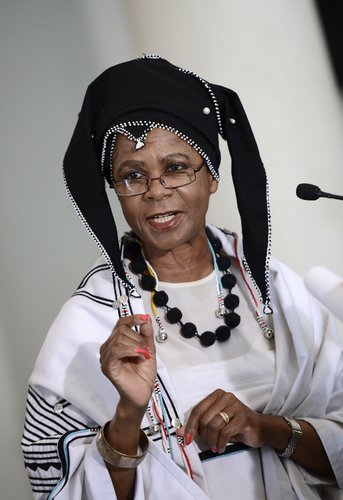 “The country of our dreams has unfortunately faded,” she said in her speech. “The dream has faded for the many living in poverty and destitution in our increasingly unequal society. And perhaps worst of all, my generation has to confess to the young people of our country: We have failed you. We have failed to build for you an education and training system to prepare you for life in the 21st century.”

That refrain echoes the criticisms from other opposition parties, including the Democratic Alliance, the main opposition party. It was reported to have courted Dr. Ramphele, seeking to put a prominent and well-respected black leader atop what is still perceived as a largely white party, despite its gains in urban black townships.

In an interview, Dr. Ramphele said she had opted to start her own movement because South Africa needed a fresh start.

“The country needs a new beginning,” she said, dressed in an embroidered traditional outfit from her home state, Limpopo. “It is not going to happen with the current players.”

Dr. Ramphele has been a fixture in South African public life for decades. She had a close relationship with the Black Consciousness activist Steve Biko, who died in police custody in 1977, having two children with him. The apartheid government banished her for seven years to the village of Lenyenye, in a bleak northern corner of the country, for her political activism. Undeterred, she started a small clinic that treated thousands of rural residents. She also earned degrees in anthropology and business. 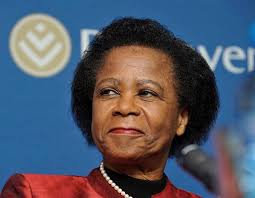 When apartheid ended, she was named vice chancellor of the University of Cape Town, the first black person to hold the post. She later became a managing director of the World Bank, and in recent years she has been sought after as a corporate board member.

Though her career has given her sterling international credentials, it remains to be seen whether she can muster a mass following in a country where populist appeal has proved essential to political success. Asked about the size of her team, she responded that “we are an energetic team of five.” Hobnobbing with corporate titans and global leaders has left Dr. Ramphele open to charges of elitism, some say.

Bantu Holomisa, the leader of the United Democratic Movement, which he started after leaving the A.N.C. in 1997, said in a statement that he welcomed Dr. Ramphele to politics and signaled a willingness to join forces.

“We look forward to working with Dr. Ramphele in our efforts to build a strong political alternative for the people of South Africa,” he said.

But efforts to blunt A.N.C. dominance have struggled in the past. The Congress of the People, a breakaway party started in 2008 by supporters of former President Thabo Mbeki and other disgruntled A.N.C. members, has had its power wane.

The A.N.C. has been rocked by scandal and tragedy over the past year. President Jacob Zuma has faced repeated investigations over $27 million in government money spent on security upgrades to his private residence in his home village of Nkandla. The killing of 33 striking workers by the police at a platinum mine in August caused many to question the A.N.C.’s commitment to helping the poor. The crisis led credit agencies to slash the country’s debt rating, which has hurt economic growth.

The Good, Racist People (Op-Ed Column by TA-NEHISI COATES of The Atlantic)