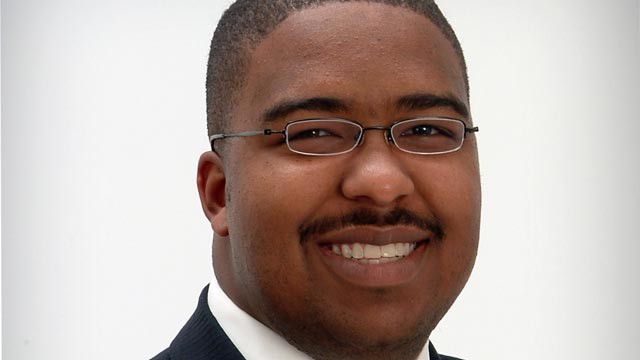 Ephren Taylor stepped into the pulpit with the ease of preacher’s son, taking the microphone at the New Birth Baptist Church in Atlanta, where the powerful pastor Eddie Long was introducing him to the Sunday morning crowd.

“Everything he says is based on the word of God,” Long pledged to the members of his megachurch. But Taylor wasn’t a visiting minister. He was a financial adviser, one who claimed to have made his first million before he turned 18. And he promised he could do the same for his fellow Christians.

“We’re going to show you how to get wealth and use it for the building of his kingdom,” Taylor shouted to the congregation one morning in 2009. It was all part of what he called his “Building Wealth Tour,” which crisscrossed the country touting his investments and financial advice.

But according to the Securities and Exchange Commission, what Taylor was actually peddling was a giant Ponzi scheme, one aimed to “swindle over $11 million, primarily from African-American churchgoers,” that reached into churches nationwide, from Long’s megachurch in Atlanta to Joel Osteen’s Lakewood Church congregation in Houston.

But Taylor has disappeared, hiding out from lawsuits, federal charges and angry, mostly African-American, investors in at least 40 states.

Taylor, now 29, first gained national attention with a rags to riches story of growing up dirt poor in Blackwater, Miss., before developing a video game that turned him into a teenage millionaire.

n a 2007 interview with ABC News, when asked how much he was worth, Taylor ventured what he said was a guess. “Ballpark? Maybe $20 million on a bad day,” he said.

His personal history, coupled with what he claimed was a philosophy of “socially conscious investing,” made him popular with church congregations.

“He quoted scriptures,” said Lillian Wells, who met privately with Taylor in 2009 after hearing him speak at New Birth.

Wells said Taylor convinced her to invest her entire life savings in a North Carolina-based real estate venture called City Capital Corporation, which he claimed was turning around homes in inner cities. In exchange, she was promised a 20 percent return on her money.

But, Wells said, when she wanted to recoup her initial investment, Taylor disappeared. “I couldn’t get a hold of anybody,” Wells said. “You just can’t get them. That’s it. You just couldn’t get anybody.”

With her retirement savings gone, Wells is now trying to save her home from foreclosure. She said she’s not sure if she will ever get her money back, but she wants to see Taylor held accountable.

“We’re suffering because of what he did. It needs to be stopped,” she said.

Lisa Conway became suspicious of Taylor after she went to work for him in 2010. At first she was excited to sell another type of investment City Capital was pitching, but soon she said she began to suspect the business was not on the up and up.

“I wanted to believe the answers were legit when we had the meetings,” she said. But “I would see things that weren’t appropriate.”

Conway said she started to think that the money coming in was lining Taylor’s pockets, and according to government officials, she was right. The SEC claims Taylor spent his investors’ money on his car payments, credit card bills and rent on a New York City apartment. The SEC also alleged that he doled out cash to make a splashy music video starring his wife, Meshelle, draped in white fur and diamonds. The name of the song? “Billionaire.”

Conway said investors soon started suspecting trouble as well, and panicked families began banging down the doors of the North Carolina office where she and Taylor worked.

“They put locks on the doors,” after one particularly angry client stormed in. Taylor started to panic, Conway said, sensing that his house of cards was beginning to tumble.

As the SEC complaint alleges, “simply, City Capital could not pay its bills.”

“Any investor who resisted was subjected to an endless cycle of unreturned phone calls and emails [and] empty promises of imminent action,” reads the complaint. “To the extent investors survived this gauntlet to still insist on repayment, any funds they received invariably came from new investor money.”

So while Lillian Wells was getting nowhere searching for her money in Georgia, some of her cash may have been going to new investors like Gary and Anita Dorio in Texas.

The Dorios first met Talylor in Joel Osteen’s Lakewood Church, and gave Taylor $1.3 million, their life savings and her mother’s retirement. And for about a year, they say it seemed like a good deal. At the beginning, Taylor was sending them monthly checks for $11,000.

“He asked us, you know, ‘what do you need? Give me a figure.’ and he made it happen,” said Gary Dorio.

The Dorios say the paperwork Taylor provided was very convincing. They thought they were investing in an inner city laundromat, a juice bar and a gas station.

“We actually got pictures of the businesses that they were operating,” said Gary Dorio. “We called, and they answered the phone and they said who they were.”

But ultimately, they discovered that many of the businesses they thought they were investing in never even existed. Their lawyer Cathy Lerman said hundreds of investors have told her the same story.

In the end, the Dorios did walk away with a rental property in Cleveland, but it came with a catch: A $67,000 bill for back taxes on the property. The head office of the businesses Taylor listed in their documents was nothing more than a post office box inside a UPS store in Tennessee.

Today, the Dorios said they are fighting foreclosure. “Our marriage is definitely– it’s– it’s– it was a strain,” Gary Dorio said. “We’ve had our moments.”

But the couple said they have sought comfort in their faith.

“Don’t be overcome by evil– by evil. But overcome evil with good,” said Anita Dorio, quoting a Biblical passage.

While the Dorios said they are still devout Christians, they have left Lakewood Church, the house of famous televangelist Joel Osteen, who, like many other pastors who let Taylor speak at their churches, preaches what’s known as the “prosperity” gospel.

Anita Dorio acknowledged that the church was careful not to explicitly endorse Taylor. “Before the seminar began– a staff member did make the announcement, ‘we’re not endorsing this person. We’re not telling’ you to invest with him. We’re just here to listen to what he has to say.'”

Lakewood Church told ABC News they opened their doors to Taylor to speak on the subject of “Biblical financial principals,” but “when he began to promote his services as a financial advisor,” he “was stopped from doing so.”

The Dorios said while they don’t really want to blame church leadership and said they did warn them about Taylor after the alleged fraud was discovered. Anite said the the response she received from the church was “‘oh Anita, how could you?’ Like I should have known better.”

At New Birth Baptist Church in Atlanta, Lillian Wells said she didn’t get much further when she spoke to her pastor, Bishop Eddie Long.

Now, she and several other New Birth members are suing the church and Long. The pastor claimed he and the church did nothing wrong. In a YouTube video, Long appealed directly to Taylor, asking him to return the money. “Please, do what’s right,” he said.

Gary and Anita Dorio are also suing Taylor, as part of a class action lawsuit that was filed last October in the Federal District Court in Raleigh, N.C. But they said they have forgiven Taylor and place their hopes for justice in God’s hands.

“It’s not the easiest thing to do, but we live by what the word of god says,” said Gary Dorio. “And we have to forgive Ephren. We have come to a place where we’ve forgiven him. We pray for him, his family.”

‘Alive Inside’: Documentary examines music’s positive effect on the elderly